If I were to guess—and guess I will—I’d guess around 20:00 GMT while you still have some Russian players having late night games, the whole of Europe doing evening games, East coast America doing after work games, and a few West coasters (like myself) sneaking in some games during work hours.

So half of us are already behind schedule

You could ask @_Sofiam, who has about 125 games played since February started.

Here is a link to their profile, since those damn dolphins make it so hard to search for

(note, due to the insane number of current games, there is a rather long load time)

And I was wondering why OGS is a bit slow today…

the girl he tells you not to worry about

And no, my Pokedex entry is bugcat (M), just felt like being inclusive~

Yesterday I tenuki’d as white after (2), and no excuse for time setting, I must’ve had about a full minute at least to notice it: 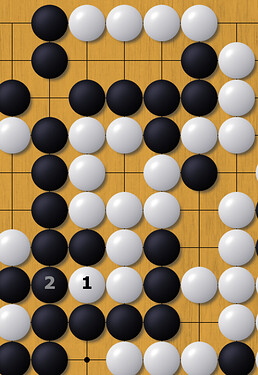 I just finished (and won) this game against a 1k.

White can connect out in ko with (1)–(7), and neither of us saw this sequence for the rest of the game, which lasted another hundred moves. White even starting trying unreasonable tricks on the right side, and still didn’t notice this aji ^^ 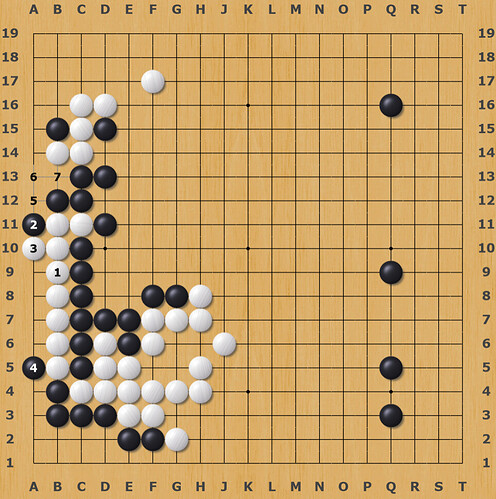 If you want to know the source of the lower-left fight, it’s Play Go at online-go.com! | OGS with the P15 variation, which is usually a mistake or at least a trick play. After Black ataris, White can try crawling out on the second line and denying Black a base. It can be reasonable in some positions, but not this one.

By the way, the only hit in Waltheri for this six-move opening (Ohashi–Kudo '16) is A. That was my first thought, but I persuaded myself into B. I think C is also reasonable. D looks just a little small after F17, but still playable. There are also other moves worth consideration. The top-left enclosure is, professionally speaking, a very rare move so there isn’t a lot of example data on how to proceed.

I quite like the high Chinese – it’s more influential than the low variant, but more solid than a sanrensei. 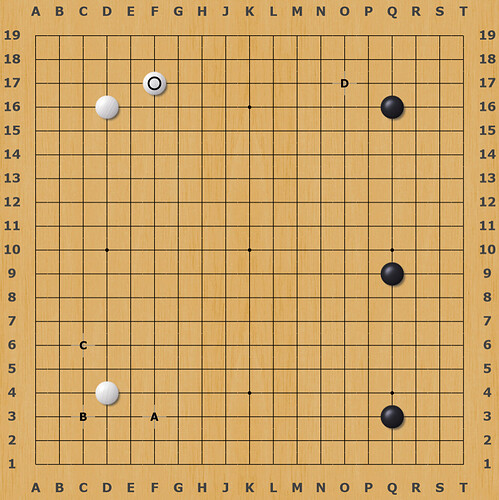 Blunders care not for your time settings. I’m misreading basic life and death in the ‘Through the Years’ tournament. At least with blitz there is an excuse!

I’m happy to see that one of the top European amas, Jonas Welticke (EGF 6 dan) is participating in the challenge, playing on OGS and apparently streaming his games on Twitch.
Today he played and reviewed on stream with Stanislav Frejlak (EGF 7d).

Definitely not trolling. I doubt I could keep up 50 games per day by the end of this week, Sofiam will probably surpass me by then

So what have we learned so far?

My guess is that a lot of people signed up thinking they’d have a shot at a cash prize, but then gave up, and may not even complete the baseline 100 ranked games. I’ve started a thread for encouraging others (and myself) to finish 100, because that’s still a great goal and a worthy challenge.

Next year, or next time, I think that the goals should not focus on Most with a cash prize, but some good and challenging benchmark with little honorary prizes, such as the badge on OGS and the generous coupon code from Baduk Club. I think those kinds of targets will keep more people invested longer, and have more people finishing. The target could be 100 again, or adjusted higher if a lot of people are able to do it. Maybe 200?

February is a good month this year, by the way, because Lunar New Year vacation is going on in the East, so maybe a higher than normal number of players may be able to come over to support the Western servers for a month.

Hi there!
Where do we find the standings? Who played the most games so far?

Where do we find the standings? Who played the most games so far?

That’s what we’d like to know, but afaik there won’t be regular automated standings. Occasionally some stats and polls will drop, and that gives a picture. So far I’ve heard tell of a player who has been averaging 36 games PER DAY, which is obviously very impressive, so I’d bet on them being in first place.

This is indeed impressive. Thanks a bunch.

Play go chess is very fun. I know this very well. Play too much go on computer is not good. Be careful and make sure to always rest your eyes. Thank you.

I think having a standing will really help as it will allow us to see where we are currently.

I wouldn’t stop playing even if I’m not in the top, but the problem now is I don’t know how many games I played so far. I don’t even know whether I’m properly registered in the challenge lol