Which Position Would You Pick?

I just had a game with an unusual opening. The game itself isn’t that interesting, yet at move 11, OGS’ AI thinks white is ahead by 20%. Which position would you pick, black or white? How much do you think your chosen position is ahead by? 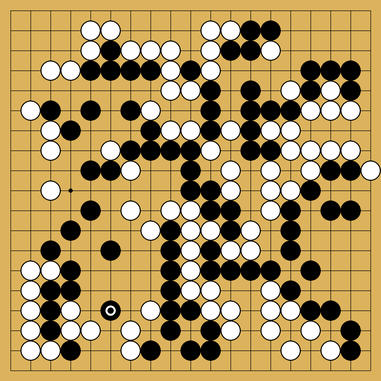 I would actually preffer white, but more because it fits my style better rather than that I would be sure there is a significant lead.

Just for the record though - the AI estimates that W is ahead by circa 1 point, there is no big difference. The percentages can be a bit misleading.

These days I would pick Black. But I have “Cosmic Go” on my nightstand, so I recognise I’m a bit biased.

At move 41 you played this move: 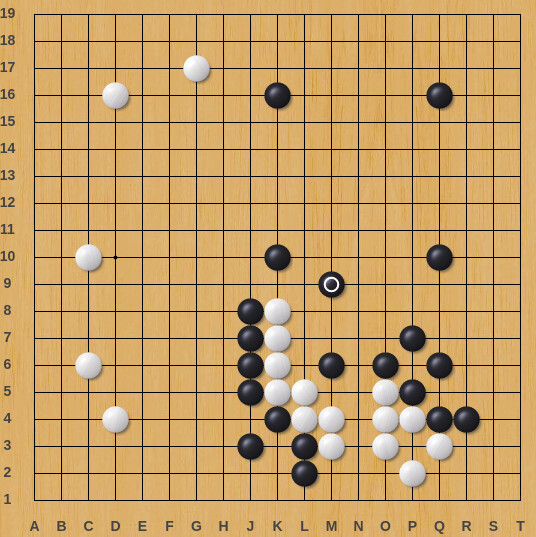 There is an important proverb in go:

Don’t play close to a strength.

To be clear, this refers to both players’ strengths. Perhaps I can make it more explicit by splitting the proverb into two sentences:

In this case you already have a ponnuki plus three stones in this area. This is your strength. You should play far away from it.

This would probably be much better: 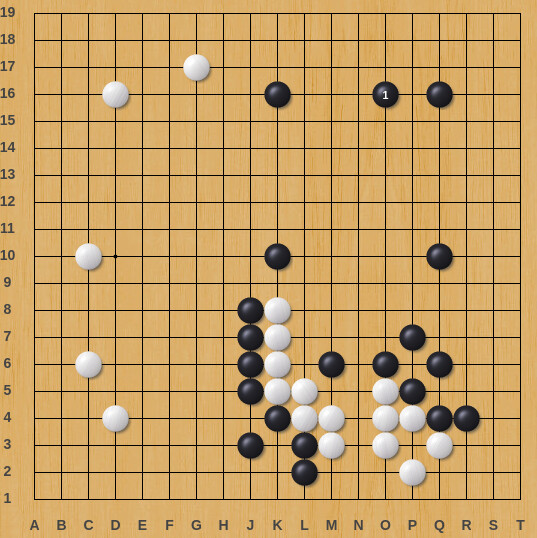 Interesting question. I think I have a better understanding of white’s mistakes because the corner enclosures are more familiar to me than black’s side extensions. On the other hand I’d have a strong feeling that black should’ve focused more on the corners than on the sides and the center.

Generally I’d say that on my level (4k, 3k) the difference between the two colors is very much negligible. Personally I’d like to play as black, but just because I think I could learn more that way.

1 black is enclosing white. Maybe his objective is to force white to live in gote. In fact white seems already alive so that could simply be a wrong evaluation (leading to give sente to white)

2 when you mentioned the proverb i was looking at some white strength (instead of black). If white is alive already then that will sound like a double failure (close to both strength)

Do not play close to your own strength.

Another way to say this or another interpretation of this or maybe more precisely another related proverb: Do not use your strength to surround territory.

It’s less specific, more fundamental. It’s a premium concept very valid (until you can really measure its own limits)