Why did I lose this GoQuest-game? 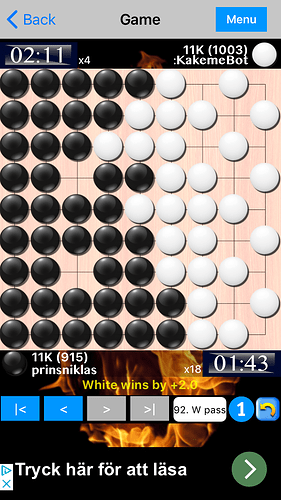 My guess is you were probably filling your own territory as black too (given the shape of the group). That is usually a bad idea, as in Japanese rules it directly costs you points (-1 territory) and in Chinese unless all other points and dames (neutral points) are taken it is also wasting points (more precisely it gives you no points, while your opponent can still get some). Keep in mind that you are not required to actually capture dead stones in your territory.

sorry for the rant, hope I did not make things even more confusing. Feel free to ask follow up questions if I did

also, if you are super interested in different rules: https://senseis.xmp.net/?RulesOfGo

Thank’s a lot! I sometime finds scoring quite difficult to understand, but your explanation was one of the better I’ve read! And yes, it’s Chinese rules in GoQuest.