Why do “enthusiastic netizens” like teach world champions to play Go?

On July 2, 2020, professional go player Fan Yunruo died suddenly due to depression. A few days before the tragedy, he was criticized by numerous netizens for his failure in the LG Cup. A few hours before the accident, he was still playing Go on the Internet, and there were naturally many “enthusiastic netizens” in the comment area. The reasons for Fan Yunruo’s death may be many, but the verbal violence on the Internet must be an important reason

In large go professional game in the studio, you may find a phenomenon, the more low rank of net friend, published the more clever ideas (not on behalf of all the people), they will go player, will advise after moves, it is those who rank high net friend, speaking generally are more cautious, talk will also leave some leeway, Not only in the live broadcast room, but also on weibo, some folk gods taught ke jie how to play weiqi and explained his “shortcomings”. It is a pity that ke jie did not “humbly accept the criticism” and did not express gratitude for the “kindness” of the netizens. Instead, he ridiculed the netizens, Kejie is “talent without virtue”

The same thing happens in other places, like, “I saw Jordan play, and he wasn’t that good,” or “Einstein was just a nerd who wrote bookworm, and he didn’t really know anything.”

In fact, they are generally ignorant of the related fields, but in advance they like to teach others to do things, such as the Ke Jie and Shenzhenxu competitions 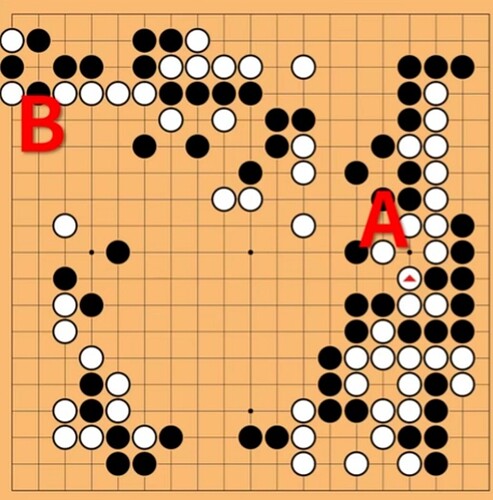 Ke Jie is white and Shenzhenxu is black
In the highly anticipated match between China’s best go player and South Korea’s best go player, go to 112moves, black has to choose between killing whiteA on the right and keeping his blackB alive. For many, the answer comes straight from AI analysis. 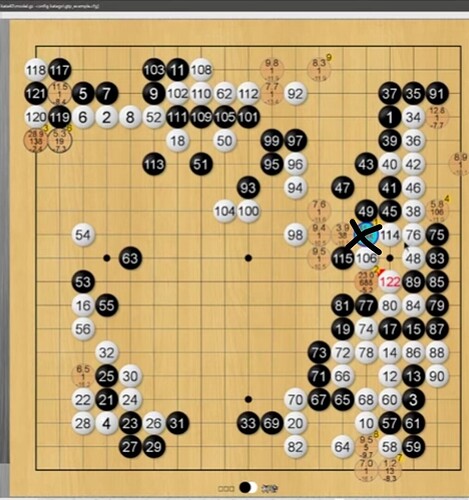 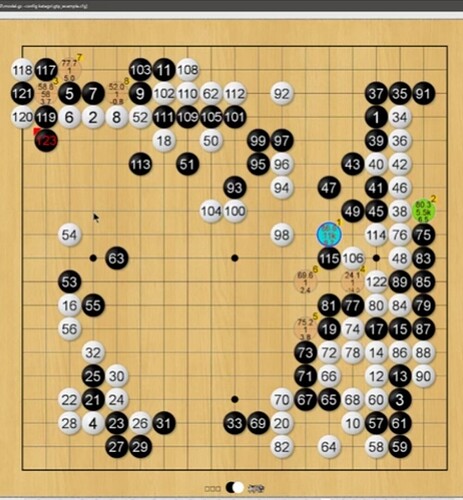 IMG_20220419_0010041001×1080 190 KB
If black goes with Plan A, they have A 42 percent chance of winning. If black goes with Plan B, they have A 18 to 19 percent chance of winning. Complete the entire process on home computer it only takes A few seconds you can do it, but the situation for human complexity has come to the point where A very terrorist, let’s take A simple analyse, if choose plan A black, black in the upper left corner of the situation will become very dangerous, B is white to kill, the whole situation of the offensive and defensive will reverse, White will become very thick, black on the left side of the combat will become very passive, if the battle of the left passive, black want to attack the central region of the white also can become very difficult, the upper left corner of the loss of about 40 komi around, but it is can not be quantified the influence of the attached, I also just shows part of the bad influence, And if black choose to make your B to live down, will have a very great loss on the right side, and black also can be white in the middle of the broken, the right of the fighting will become very bad for black, these are just the most shallow analysis, I listed every gain and loss need to cooperate with large amount of calculation to study the reason, It is not only necessary to calculate Komi, but also to deduce the subsequent changes. Moreover, all this is done in the brain of a human, and it is not allowed to calculate with pen and paper or discuss with others. The complexity and hard work of these processes are really what those “enthusiastic netizens” can feel? In general, ninety percent of amateur go players are unable to get the correct answers in a few hours, but the “enthusiastic Internet users” do not care about these things and rely on their AI analysis to provide reasonable guidance. In actual combat, “Shenzhen and British go players” make wrong choices, leading to a sharp downturn in the situation. “Enthusiastic net friends” drew their conclusions: “Shenzhenxu was scared to death by Ke Jie”, Shenzhenxu was not worthy of being the best go player in South Korea, Shenzhenxu was not as good as Ke Jie, Shenzhenxu’s moves just now were not as good as mine!

Cultivating a top professional go player takes a lot of time and effort, but ‘enthusiastic Internet users’ can easily hurt anyone with their keyboards and hands until it’s too late. All they would say was

“His psychological quality is too poor” 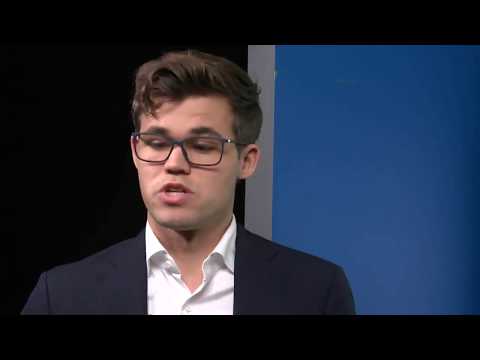 There’s an epidemic of Dunning-Kruger’s.

I’m an expert on the phenomena, having read the wikipedia page.

The Dunning–Kruger effect is the cognitive bias whereby people with low ability at a task overestimate their ability. Some researchers also include in their definition the opposite effect for high performers: their tendency to underestimate their skills. The Dunning–Kruger effect is usually measured by comparing self-assessment with objective performance. For example, the participants in a study may be asked to complete a quiz and then estimate how well they did. This subjective assessment is t... 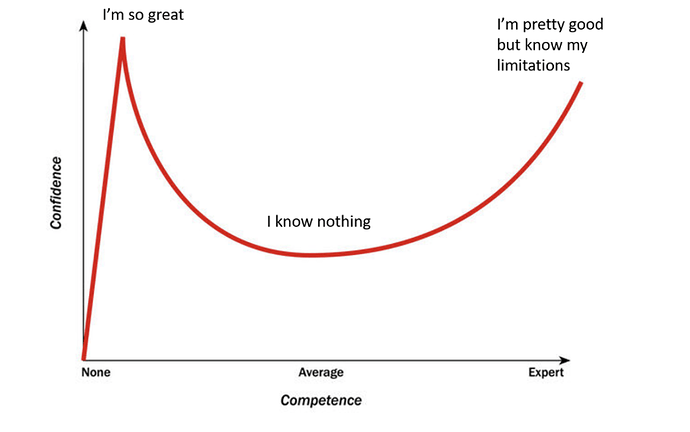 I’m an expert on the phenomena, having read the wikipedia page.

Love your sense of humour

Oh no, not another lockdown.

It is all a matter of sensationalism. Unfortunately good solid articles with analysis and facts do not generate clicks and revenue, so the media are now trained to write titles like those and, consequently, the simple people tend to use the same tactic to gain attention and make their opinion be read/discussed.

Have you watched ESPN, for example? 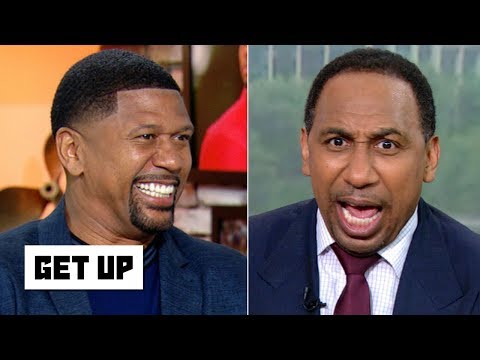 And at least over there it is just some talking heads shouting over a screen or some random fans on the stands or the internet. If you are a pro, why would you care what those people say? It makes no sense and it is no wonder that most pro athletes just ignore the media and the fans.
It is unfortunate that with a level of fame, comes an amount of crazy haters and idiots, but that is unfortunately par for the course on everything.
At least Go is not like basketball where every two-bit moron with a ball thinks he is a pro coach that knows what the team should have done.

The difference is that Go is a quiet peaceful event and most people playing it are not used to the crowds, the arenas full of people booing, the criticism and what-not.
A good idea for improving the situation would be to realise this difference and for the National Go Associations to get some help from mental health professionals on how they can provide help, support and even training, to the players that need it.

Everyone’s mind needs attention, even if he is a professional player， So I don’t think we should give them any pressure

, but it is a sad fact that the more famous you become, the more people care and comment on what you are doing.
What I am saying is that unlike rowdy arena-filled sports like basketball, where the fame goes hand in hand with learning to ignore the crowds, Go is a much more reserved game and so the pros might not be accustomed to being in the public eye.

A good suggestion would be to help these players and for the National associations to be more active on the issue and possibly provide them with some training or professional help if/when needed, in order to alleviate their stress. I was not aware of the case of Fan Yunruo, but once we have identified that something is a problem and is causing distress, shouldn’t we do something about it?

A good idea for improving the situation would be to realise this difference and for the National Go Associations to get some help from mental health professionals on how they can provide help, support and even training, to the players that need it.

This seems like the right approach to me. The top players themselves should be organising/insisting their associations to support them in this way.

Unfortunately, in the top Go playing countries, asking for help is perhaps even more difficult than in western countries … but if the actual players don’t ask/insist, who is going to do it…

My sense is that the OP is calling for “netizens to be more considerate”. This regrettably would be pissing into the wind… the world (and the net) are full of people who can’t resist, and get their kicks from the vicarious participation. I can’t even think of a single way anyone could impact that.

So the solution has to be “this (criticism) is going to happen, how do we protect the pros?”

I’ve had both variants—despite having been sure that I was immunised (but that actually was the loophole).