Why doesn't the low Chinese show up against the 3-4?

I’ve been studying the Chinese Fuseki recently, and noticed something interesting: it’s almost never played when white plays a 3-4 stone facing towards black in response to black’s 3-4, rather than a 4-4. It’s not completely unheard of, with one nice example being this game from 1981, played by an 18 year old Michael Redmond: 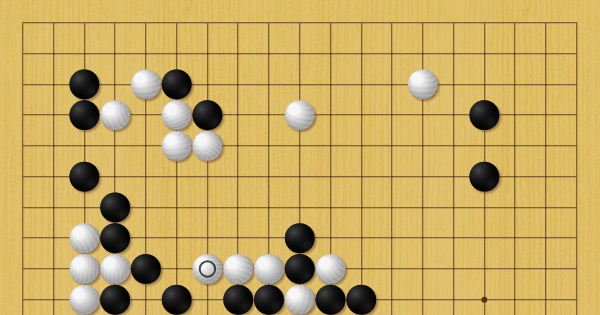 However, it’s an extremely unpopular continuation, with most players just playing an approach move against white’s 3-4. The database at ps.waltheri only has 16 out of 1359 games continuing this way. 56% of that small sample size went in favor of black, so it’s not like it’s an awful move in practice (as far as any 5th move in a go game can be a bad move…)

Why is this? Is there a fundamental reason why this is so unpopular? The Chinese is a popular response against basically every move except this one, so it seems odd to me that pros don’t like it here.

Charles Matthews 3 dan wrote a few articles about this several years ago:

Without reading the articles, my guess would be that if Kobayashi is considered good against 44 it’s even better against 34

As you are studying the chinese opening, I strongly recommend the following video, you probably won’t find this sequence in the games you’re studying:

I enjoy Gennan’s videos, but I don’t think they are really addressing OP’s question.

AlphaGo Teach has something to say about the question. AlphaGo thinks facing 3-4 makes Chinese formations lose 1.4% win rate, which agrees with the professional unpopularity. Of course, AlphaGo does not explain its thinking. 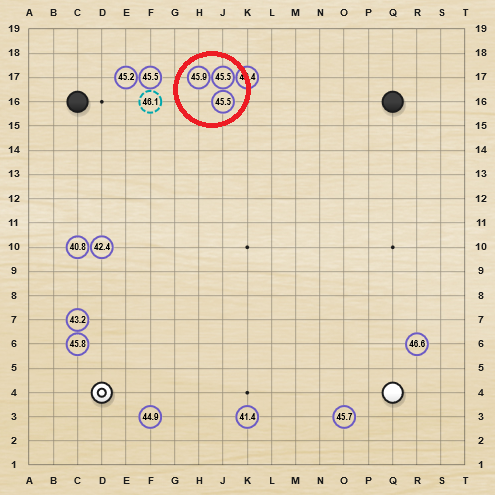 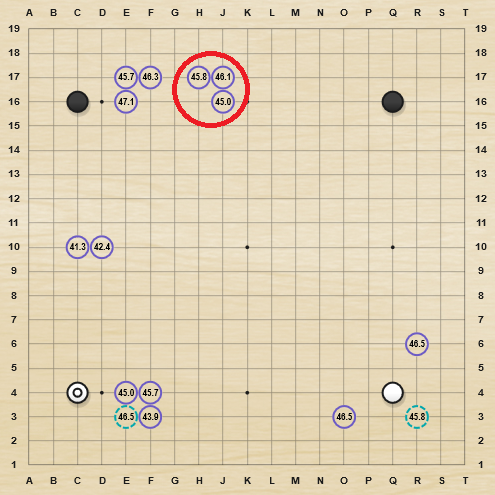 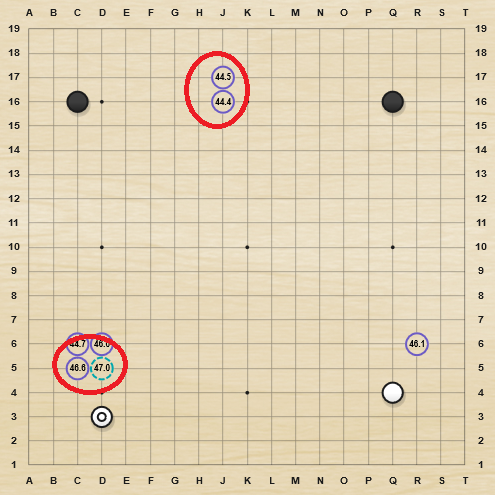 @BHydden while not answering the question directly, that video is extremely relevant to the OP’s objective to study the Chinese opening.
It basically tells us that for years players have overlooked the optimal response for white and overestimated the black position. The diagrams posted by @mark5000 go in the same direction.
This is the single most important discovery around the chinese opening, and sends to the trash all the evaluations made on that position before 2017.

A winrate loss of 1.4 percentage points is rather small and IMO can’t fully account for the fact that this variation is only played in 1.2 % of all games, especially since in practice, black still won more than half of those games…

A winrate loss of 1.4 percentage points is rather small

You need to put things in perspective. We are talking about move 5 in a pro game, don’t expect large % variations at this point.

Excellent point. My bad I overlooked the part where he said he was studying the whole fuseki. In that case thanks for sharing one of the most significant go videos on YouTube (IMO)

I don’t, it’s just that I wouldn’t call 1.4 percentage points large by any stretch.

I’d say upwards of 3 percentage points is large. Again, out of the 16 human games in which black actually played this move, black won 9 times.

I decided to put a few variations into LZ and see what she thought of this sort of low Chinese conclusion, and found something interesting: the low Chinese is probably about 1% worse than the ideal variation regardless of what white does. Whether white plays the 4-4, or either 3-4, LZ wants to make an extension from the 3-4 stone, approach white, or invade at the 3-3, and thinks the low Chinese is inferior to any of those. Of the three positions, playing the Chinese against the facing 3-4 gives the “best” winning chances, but by a low enough margin that it could be reasonably attributed to measurement error.

LZ’s approach to playing the fuseki is also meaningfully different from the common pro lines: rather than moving towards the bottom hoshi point, LZ likes to just make a one point jump up in the bottom right, and address the bottom side once the rest of the board is developed. Again, this is true to some extent regardless of whether white has the anti-Chinese setup.

Here are some moves, with some of my thoughts and LZ’s analysis mixed in for good measure: 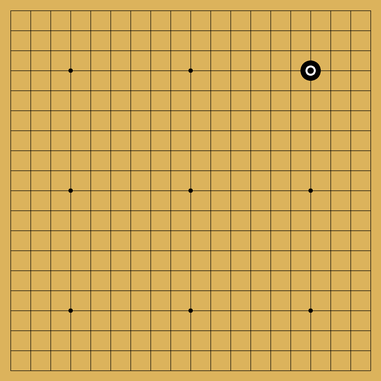 Thanks for sharing the LZ analysis!

This seems consistent with AlphaGo (video and diagrams posted above). Traditional (pre-2017) thinking is that the Chinese opening makes white’s approach around Q5 difficult, while modern sequences show the opposite and encourage black to make a corner enclosure.

Not entirely sure which variation you mean? For the variation with K4, forming the “normal” fuseki, LZ seems to prefer Q5 over Q4, though not by a large margin. (Also, that’s going by the percentage win on the move, not the search depth, which I believe is what LZ uses to choose the “best” move when it plays for reasons I don’t really understand.) I don’t think I added any analysis to my review for the Q4 variations, which I didn’t really look at in depth, but I might have mistyped/misclicked something somewhere.

In general, the Q4 variations are substantially more combative than the Q5 ones. I’m not really sure what makes one better than the other.

Not a typo! Interestingly, LZ doesn’t even offer Q5 as a suggestion in that position, despite evaluating Q5 as a reasonable continuation when prompted. The biggest difference seems to be that after Q5, black can play a keima to take territory on the bottom for a slightly superior result. I’ve added a few variations to the review for both moves.

I saw the variations, thanks again for sharing your findings.

Based on all the AI analysis posted in this thread, my understanding is that the Chinese opening is dead. However it seems that it has still been played by pros in 2018, I might be missing something.

I’d hesitate to call it “dead”. It might be suboptimal, but only by a fairly narrow margin. The difference between 46.5 and 45.5 is the difference, in LZ’s opinion, beween playing a 4-4 and a 3-4 on the first move.

On the other hand, based on the computer analysis, I’d say that the Chinese is reasonable to play against pretty much any response, as long as you know roughly how to play it. Especially if it leads to positions and games you like to play. It might not be optimal, but it’s not like playing tengen on the first move. (41-43% win chance for black, based on which engine you ask.)