Will bots go higher than 9 dan? or else rank deflation?

So I’m wondering what will happen with the amateur ranks on go servers as bots reach higher and higher levels of superhuman strength. If their ranks are capped at 9 dan, but they can challenge 7 dan amateur players even with high handicaps, will that make all players’ ranks on the server deflate in a cascade?

Or will allowances be made for bots to have ranks higher than 9 dan to reflect their superhuman ability?

Yes! This explains everything. I am definitely stuck at my current rank because my spectacular progress is exactly offset by the advance of the bots. Phew.

I think the underlying rating system allows players to effectively have ranks higher than 9d, although only 9d or 9d+ is shown (I guess for traditional reasons). Hence, I believe the displayed ranks capping out at 9d would not be cause for deflation, since it is only the underlying rating numbers that matter, and the only consequence would be very strong players/bots clustering into the 9d+ label.

Ah, I see. That makes sense, and is a nice compromise to preserve the traditional 9 dan cap. I guess the downside is that it makes it harder to tell at a glance the differences in strength between different 9d+ accounts.

But 9dan as a cap is in Go terms not that old. And in the pro world if you luck into say the Meijin tournament you’re 7 dan, forever or until you rank up.

So traditional ranks are… not something to fight for. And since our ranks on ogs goes up and down anyway… leela can be 9dan until she looses to us poorly not as smart monkeys

But 9dan as a cap is in Go terms not that old.

Interesting comment. Before the 20th century, there were no “amateur dan ranks”; to have a dan rank implied that you were a professional or had professional strength, especially if you were above 1d (because strong amateurs would buy the 1d diplomas.) So, there was one system covering both the kyu ranks and the dan ranks, and the dan ranks went up to 8d.

Above 8d, though, was the title of Meijin, supreme player. The first Meijin was Honinbo Sansa in 1612. So, the question becomes whether or not the Meijin title was seen by its contemporary observers to represent 9d. The 9d rank wasn’t used in isolation from the Meijin title until less than a century ago.

Then again, are we now discussing the new amateur dan ranks rather than the old professional ones, that are now their own class? I was under the impression that amateur dan ranks only ran up to 8d officially, so if we’re talking about the loosening of that cap to 9d by online servers then there’s a very short history of about 25 years…

Aren’t we using elo points?
Who cares about dan’s ceiling?

I presume the idea was, if ranks were capped and somehow by association also capped elo, then couldn’t bots beat lower ranked players, cause them to lose elo, and then the points disappear.

Something to that effect is what I interpreted it as. (Elo - glicko - rating whichever you want to read it as)

Right. In my original question, I was making that old erroneous mixup of rank and rating.

So the answer is that a superhuman “9+ dan” bot may beat a regular 8 dan mortal, even against 3 or 4 handicap stones, but the 8 dan won’t lose excessive ratings points for making the attempt.

This is what I could find: 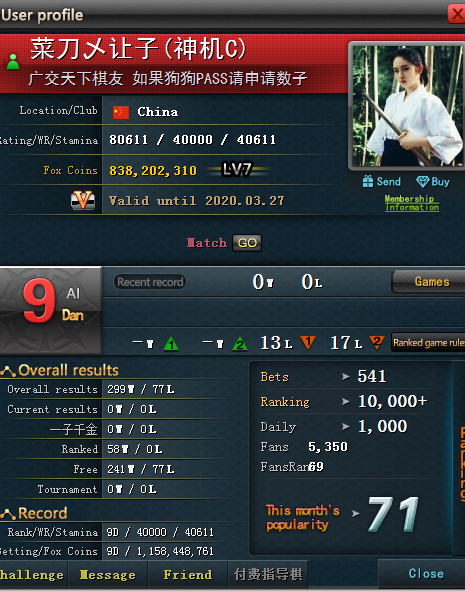 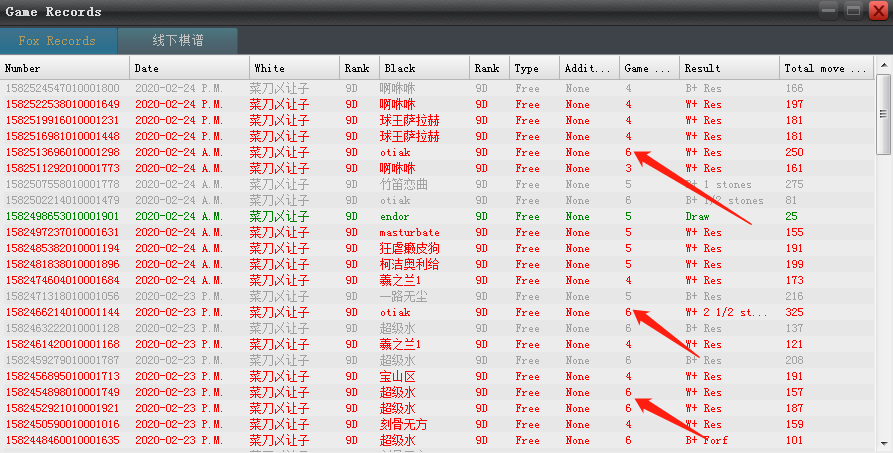 Wow, that is quite impressive.

9D on Fox is too broad
But top pro are losing on 2 stones vs top bots.
So bots are 11 dan at least.

菜刀乄让子 - copy this to search above bot on Fox 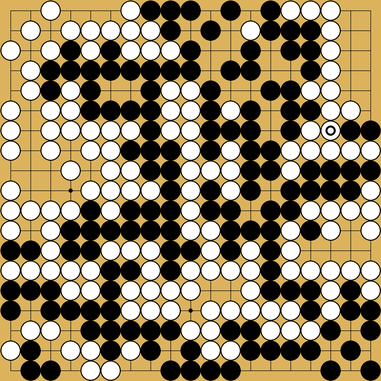 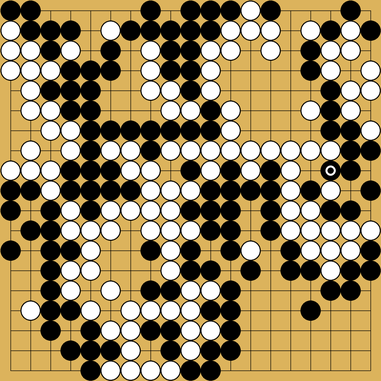 
(it seems fox rules are different from ogs in unknown way)