I guess some people just like more of a challenge and/or the associated bragging rights.

Absurdle is a fun variant on the concept: Absurdle: Adversarial Wordle @ Things Of Interest

In French I made it

Thanks for the link. Got very lucky on my first one:

Guess the hidden word in this Japanese Wordle today.

Hadn’t heard of this before so I gave it a try:

Should I quit while I’m ahead?

Someone put together an archive of past puzzles

In case one wants to binge play through previous seasons. 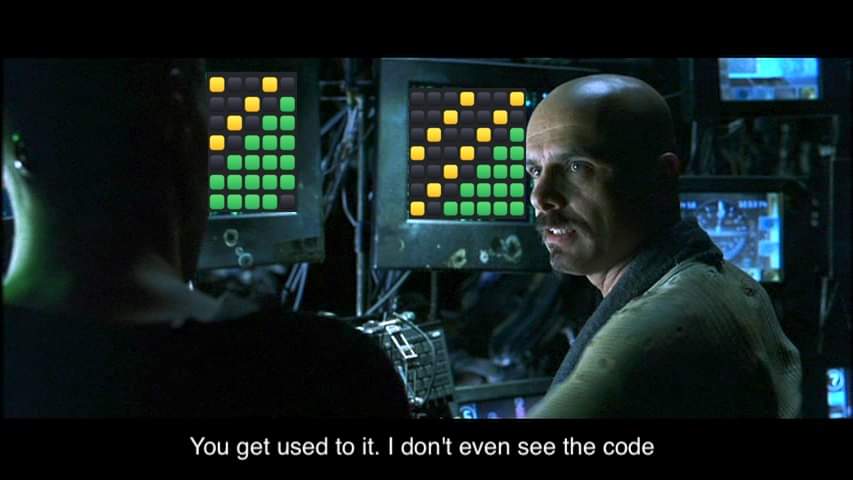 It’s based on local time (which makes spoilers even more dangerous, because even if one has solved today’s puzzle it’s possible to be spoiled for the next one

BTW - Wordle is great and all, but it has a timer which limits how often you can play

If you need your fix and you don’t want to wait, there’s always

Seems like a nice game. Gave it a try, but somehow it seems oddly stressful.

Screenshot was from yesterday after I saw your first post, saved until I found this thread

Oh God. Its filled my Facebook feed, and now OGS forums too!

At least here you can mute the thread, try that on Facebook.

I’ve seen those images on Twitter, now I know what they mean and I can think about other stuff again.

Japanese Wordle. Can you guess the hidden word today?

Got lucky again that it’s a word I know (in the weakest sense of recognizing I’ve seen it before and having an idea what it means), but resorted to the trying random on until one is a valid word without thinking of it.

I think that Absurdle (Adversarial Wordle) is pretty interesting. Rather than a one-player, puzzle game, you are essentially playing against a computer opponent that can change the hidden answer (while remaining consistent with the clues revealed) to make the game last as long as possible.

It’s not really possible to “spoil” the game, in the typical sense, since the hidden word will change depending on the guesses.

However, one can instead play for the meta-objective of finding the sequence of guesses that ends the game as quickly as possible. The help text mentions that 4 is the fewest possible number of guesses needed to win. It appears that the computer plays this game deterministically, i.e., repeating the same sequence of guesses leads to the same outcome.

With “cheating” (allowing the use of “giving up” and “undos”), I’ve been able to find this 5 guess path.

Without “cheating”, the best that I’ve found is 7 guesses.

also something I learned about Kotoba version (not a spoiler for today, or is it?

btw here’s another Japanese one: WORDLE ja
it doesn’t check guesses against a dictionary tho, which definitely is part of the challenge imho?

I figured that つ and っ were the same (as with other small kana) because only the normal version was offered. Even used it in a guess word, but no on matched.