Would appreciate some help reviewing game

I played a game recently against a 6kyu player here on OGS. Surprisingly I found myself handling this tough opponent pretty well (As a 11-12 kyu OGS and maybe 8-9 kgs player). BUT…at some point I lost track. I think it started with a bad invasion at move 58. With regard to that I mishandled my direction of play (btw: I think my opponent played a brilliant move with move 63… Yeah anyway…

Would appreciate somebody who can review 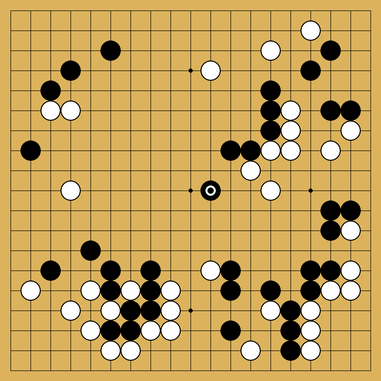 when there are no urgent moves required, you play a big move

i think if you work on these 3 major mistakes, you’ll end up as sdk in no time