If you could only preserve a hundred games to posterity, what would they be?

Here are my ideas, in rough date order.

The game between Shusaku and Shuwa, 22 October 1851, is the first game between Akira and Sai in Hikaru No Go. Therefore, the pro advising the show must have thought this game to be a classic in some sense. The game is reviewed by Yeonwoo Cho here:

Old one not in this topic yet and pretty fun. A review of a Hikaru No Go game that is actually a classic game between Shusaku and Shuwa: [[Hikaru no Go] old game review with AIㅣ Sai vs Akira first match Shusaku vs Shuwa]

I found the game on Waltheri here:

I find the OGS game navigation easier to use than Waltheri’s or that of any of the apps I have installed, so I uploaded the SGF to OGS here: 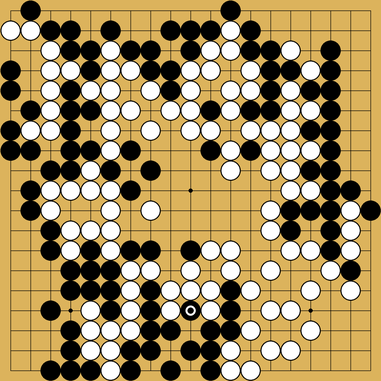 (Incidentally, the counting is messed up as everything is shown as dame. Is this an SGF issue? Anyone know how to fix?)

It’s an interesting game historically as it features two classic legendary players. And it’s an interesting game in and of itself because it is from the time before Komi so black (Shusaku) plays more territoriality and white (Shuwa) more aggressively than we are used to seeing in modern games. This is also a prime example of the “Shusaku diagonal” (3-4 move 1 and 4-5 move 7).

Shusaku refused to ever take White against Shuwa, even though Shuwa apparently suggested it.

It was a student–teacher honour thing, Shusaku being famously quite into that sort of etiquette.

Yeah, either that or he knew he would lose as white