As far as I know we don’t have such expensive art in my village.

Between 2011 and 2019 the municipality did spend ~27 million euros on a bypass to improve the quality of life of the village inhabitants.
Indeed, far less large trucks are driving right though our narrow village streets now. 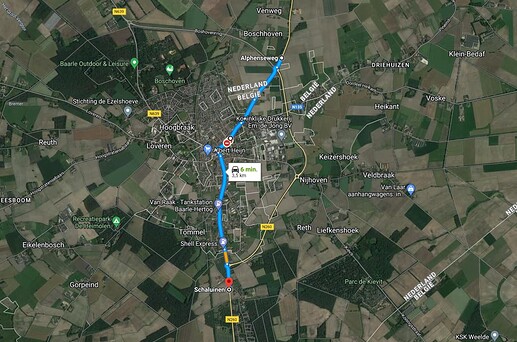 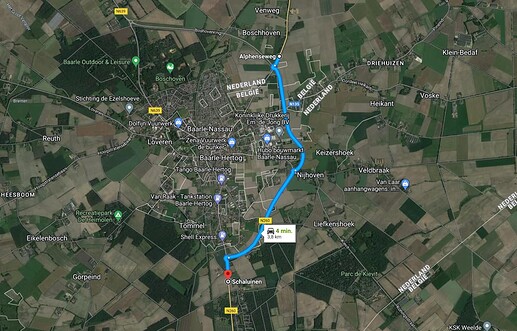 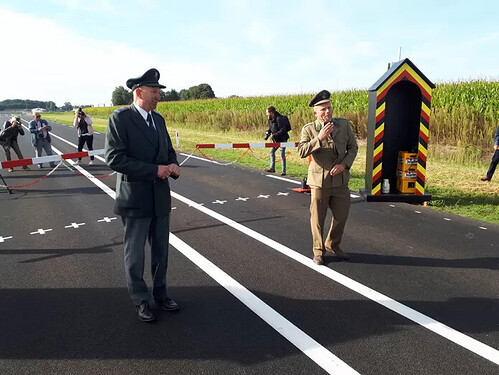 Customs officers (fake, because obsolete for decades) and the Belgian flag, because our village has 2 nationalities. I suppose that’s part of the reason why it took more than 50 years to realise this bypass.

My wife just told me about a recent piece of art in our village from a few years ago: the “Gate of Baarle” (Poort van Baarle). 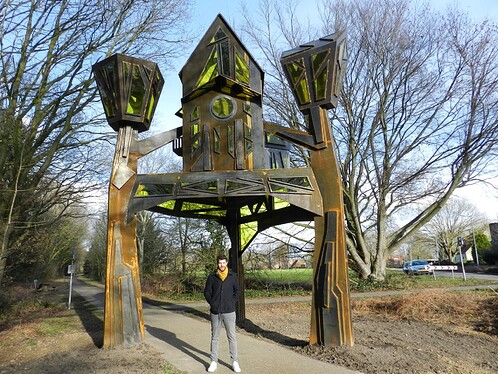 This year is pretty bad but today was especially nasty. Was it bad for anyone else? Or I guess accounting for timezones will be?

On a brighter note today Enho fought against Mitoryu at 11:53 there. Enho is 98 kg against Mitoryu’s 197. Quite literally twice as heavy opponent, and taller ~20 cm too. Curious to see techniques to push around an opponent this much bigger. 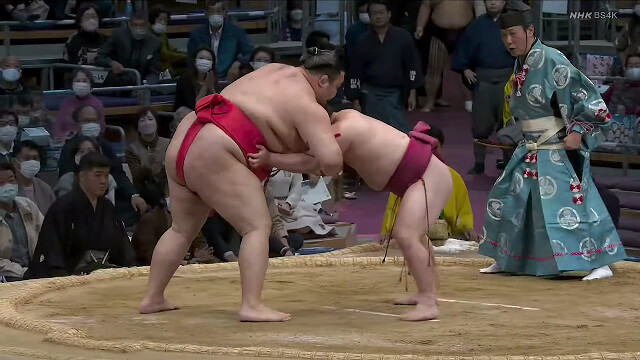 Today my university signed a “partnership” document together with the hall of justice and the police station, that should ease the complaint-filing system for a victim of sexual assault who is either a student or university personnel.

So, the police finally noticed that there was a problem with the way they took complaints from victims of sexual assault, and their plan is to make it easier. But only if the victim is a student.

The reason is probably that sexual assaults are frequent at college parties.

today was especially nasty. Was it bad for anyone else?

I haven’t followed the news much today (so I don’t know about especially nasty stuff), but for me personally it was a fine day. Cold, but the sun was shining.
22 children came to play during school lunch time, of which ~4 were new.
The afterschool go club started again today, after a delay of some months. Ahead of time I didn’t know how many children would come, but I was fairly satisfied with 4 children playing.
Me and my wife participated in a small but cosy wine tasting evening in our village. The walk home took about 1 hour. We returned home just now.

The reason is probably that sexual assaults are frequent at college parties.

Maybe. My understanding is that filing a complaint for sexual assault is really difficult, because you have to face a police officer who might not be very tactful or worse, who may not believe in rape. The police are not trying to make the process easier, but the university has enough political pull that they can try to help with the process. But only if the victim is affiliated with the university.

I can imagine the scene.

Victim walks into police station.
“I would like to file a complaint for sexual assault.”
“Do you have a student card from the university?”

I can imagine the scene.

It is worth noting/informing that the police is bound by the process to ask questions and investigate about any incident after it has been recorded, but that they are NOT there to pass judgement on the incident while it is being reported/recorded.

A detailed guide for this in the UK can be found here:

But this is more or less standard for most police forces in Europe.

"For the purposes of NSIR an incident is defined as: ‘A single distinct event or occurrence which disturbs an individual’s, group’s or community’s quality of life or causes them concern’."

Therefore when you go to the police, they are required by law to RECORD what you say/claim/allege and THEN investigate, depending on the case. In serious crimes the process usually involves calling the District Attorney for directions and nowhere does the process include the police throwing shade at the person reporting the incident. We should always be aware of our rights and such serious processes.

Practically though, it is usual for that type of unprofessional behaviour to appear (questions like “are you sure?”, “are you certain?”, “would you like to go home and re-think about it?” etc) because of the usual “let’s avoid more work” kind of thinking, but when reporting things to the police we should always be firm that we want the incident to go on the record and our words be put to paper verbatim and that usually makes them get back to following regulations.
After that, depending on the case, you might need to sue someone formally, the police to investigate the case (there is where the process involves questioning) and the DA to press charges. Be that as it may, if the crime is serious - like the one being discusses - people should always head to a lawyer first and then go to the police with the lawyer to ensure not only that the process is followed properly, but that the recording of the incident is also legally sound.

Bad reporting of the incident, not phrasing the allegations properly and messing up any facts or timelines, can be very detrimental to the case and might help guilty people get away on some technicality.

Is it really a change for good or just appeasing the woke-ish crowd?

The last day of sumo. I suggest at least watching the play-offs at 26:25 and onwards. Three players ended up with the same points.

The system is a bit weird. It’s like whoever wins two in a row. So after a lottery draw Takayasu fights Abi. Whoever wins fights Takakeisho, if they win they win. If Takakeisho wins Takakeisho have to fight the third player. Kinda weird.

Anyway, it was dramatic.

Btw, earlier that day Ichiyamamoto exited the arena in a wheelchair. Seems like he jumped and landed on straight legs. Last day is difficult. 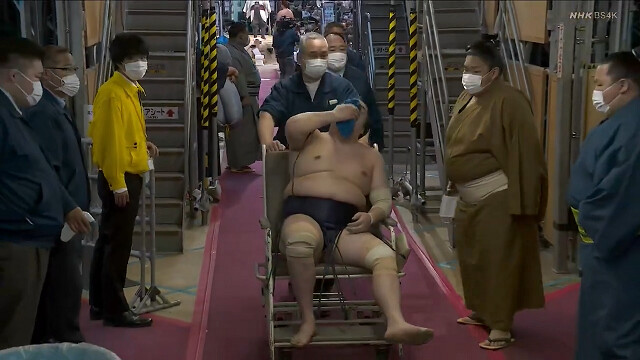 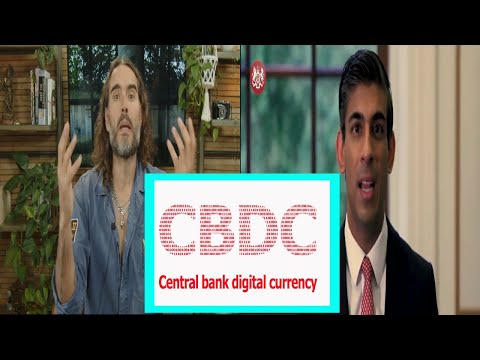 Frankly, dude looks unhinged. But even less unhinged people came out of woodworks saying how illuminati gonna control everyone. Even though there’re countries which are already pretty close to cashless societies. Picture from the internet can’t be false, of course. But still you hear about it here and there. At that place they don’t accept cash at this place they do but very cranky about it.

It is a Federal crime in the United States not to accept cash (Legal Tender Act of 1934). But since the government wants to get rid of cash, that law is not enforced anymore.

Funny headline. Since when are Hong Kong and Singapore European countries?

If cash disappears for good, I’ll sit at my window and wait for the final meteorite crash because it will be the end of days

Cash is paramount for black markets and flimsy borders. I’m not sure if there is one (1 ) country without any black market activity more or less indulged (and encouraged) unofficially.

New Zealand, Hong Kong and Singapore are in Europe now?

For New Zealand, perhaps they confused it with Zealand? 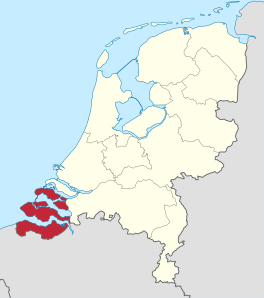 Edit: I just noticed that a Zealand also exists in Danmark: 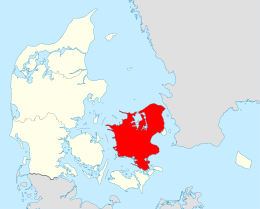 But New Zealand was named after the Dutch one (Zeeland in Dutch spelling).

Cash is paramount for black markets and flimsy borders. I’m not sure if there is one (1 ) country without any black market activity more or less indulged (and encouraged) unofficially.

I remember when we switched to the euro and it was decided that there would be a 500 euro banknote, a lot of people said this banknote’s only reason of existence was the black market.

I haven’t seen any of these in the wild. I think their natural habitat is where only the adventurers can go.

The main reason was that Germans were used to paying large sums of money with cash.