Sounds like an excellent explanation. I was unaware of the event you mention, as I haven’t been online much the last few days.

How is it different from the normal behavior in which it attempts to finish the game with AI?

The current autoscore has done well in not scoring territory with open borders. However, it still has major issues by scoring based on hypothetical tesuji rather than by the board as it stands, which has been much discussed with examples in this thread and in the earlier thread that I started shortly after the 2021 change.

Examples like this with no game link are not very helpful. The player(s) have almost certainly made manual changes to scoring anyway but how to know? 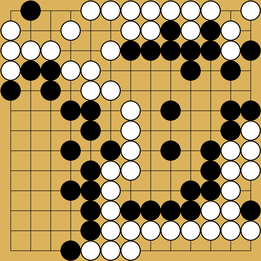 Sorry, I find it inconceivable that any players, let alone comparatively new players, would score the board in a way that mimics the old autoscore algorithm. In particular, the dame on C1 would indicate a recognition of the cut on D2. If either of them recognized that, they would have made the cut or defended the cut, respectively, not mark C1 as dame. Also, notice the puzzlement by both players in the chat about the weird scoring. This is a bizarre autoscore mistake. 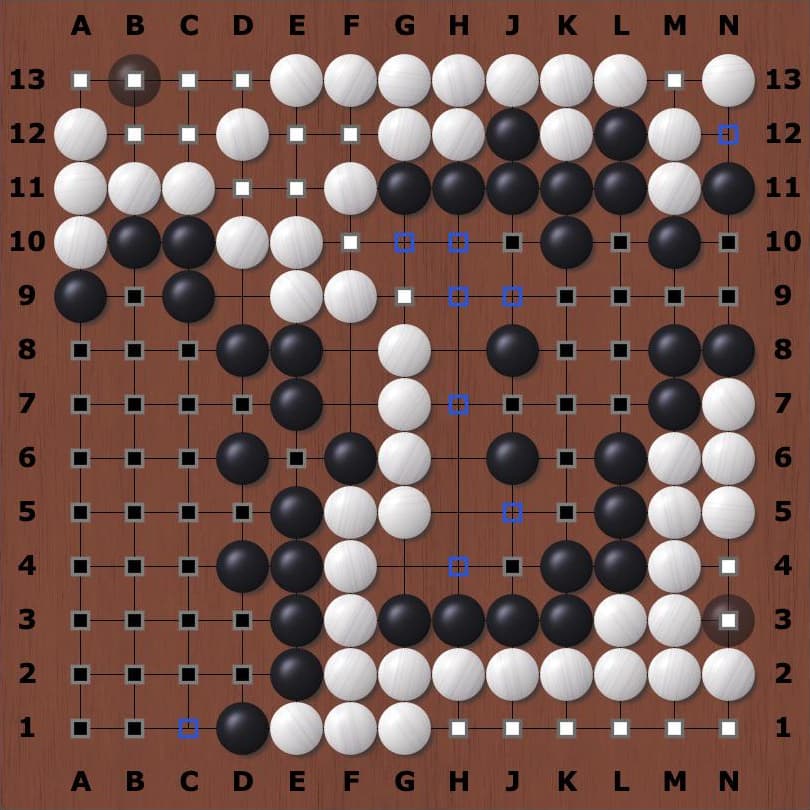 I think this would be a proper marking of the final position: 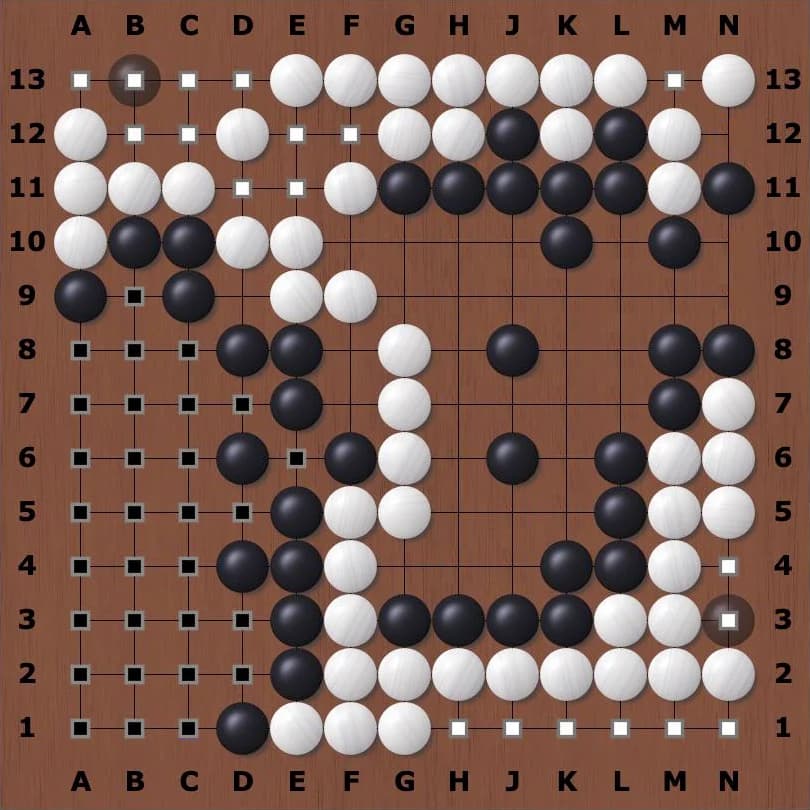 Yes but why did autoscore at the “end” of a game come up with a score estimator type outcome?

Thankyou for the link Uberdude. I can’t explain the scoring but I can at least confirm that scoring was not modified by the players.

The current autoscore typically leaves territory unmarked when its borders are not closed; it does not mark it as dame. Trying to interpret the outcome like this case is what the previous autoscore system did.

I replayed the game on beta, it scored like this. 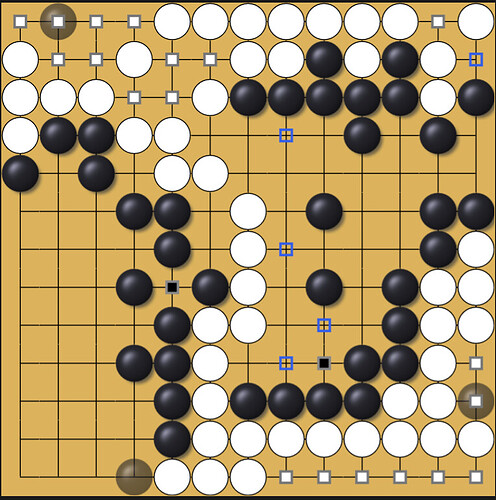 Just for a bit of balance, it’s not only OGS… 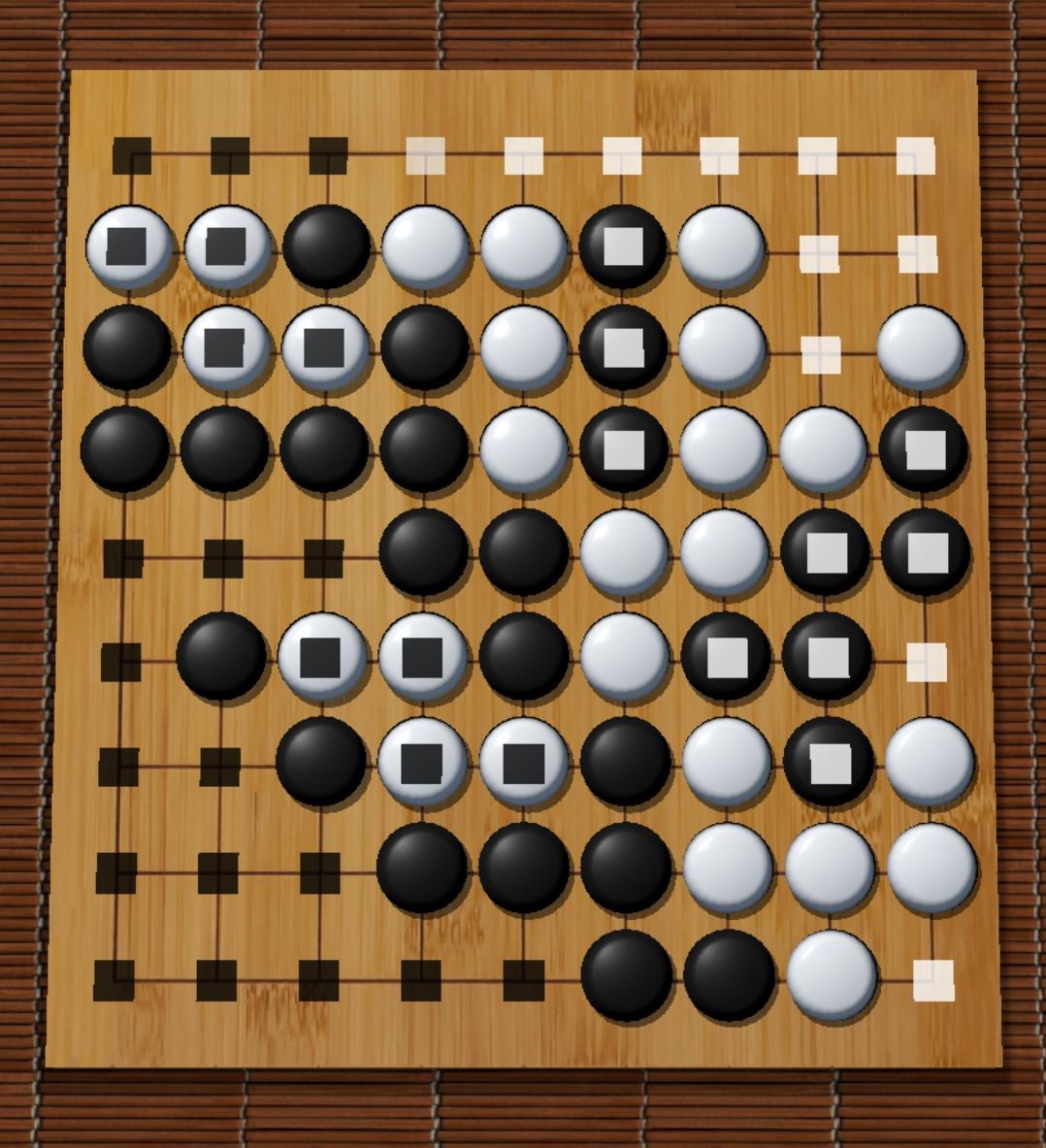