When no suggestion collect 50% we keep the suggestions which have reached to interest someone else. (…) We vote on these second time on simple majority.

If “which have reached to interest someone else” means “which have two or more votes” then I agree with this suggestion.

Enjoyed to be here

Hijack my topics if you want to (with pleasure)

As Groin has anounced to take a break from the forum and invited us to hijack their threads, I think we should revisit the rules for how this game progresses.

I know there are rules in place, but I don’t think they work as intended, because
a) there is still interest in keeping the game going,

b) it seems that Groin felt obligated to keep it going without being motivated to do so,

I am having myself a small holiday break, you know that game is in the middle of its second year of existence…

c) no one else started a poll to keep the game going.

polls were created by other people a lot of times before. 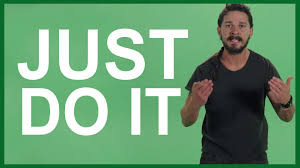 Some people like to take charge, but wIth all of the responsibilities and none of the benefit, they would eventually get tired and need a break.

But there is no rush for a forum game with no time limit. So maybe, once in a while, everybody bumps this thread, and discusses the variations. It would at least keeps the ship floating.