Maybe 20-25 years ago I picked up these two joseki books at the club. Published in 1966, and I haven’t the faintest idea who wrote them. Actually 1966 was the only thing I was able to read in these books

Each book contains 3000 diagrams of all kinds of joseki. 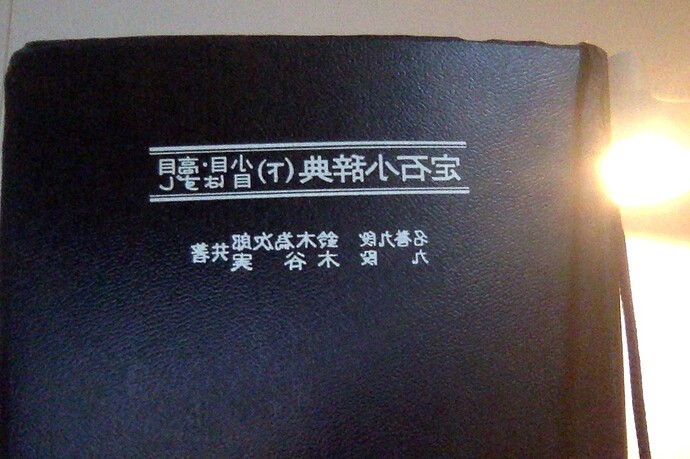 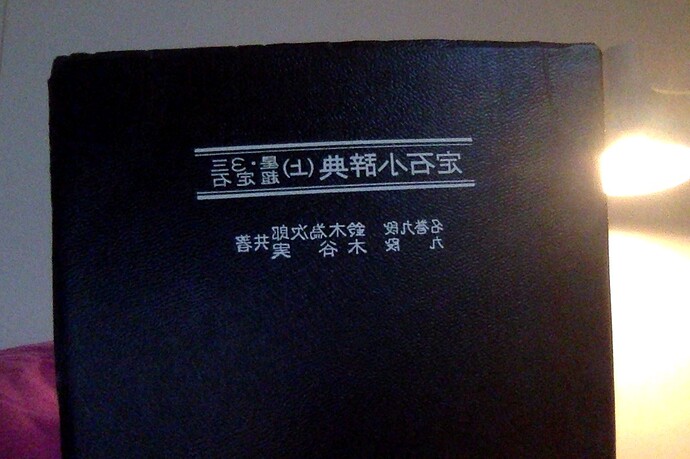 My plan is to share - from time to time - some josekis with you.
And since these are (almost) antique joseki’s they might be a bit exotic or even smell a bit funny and old fashioned, but may also lead to new insights.

1966, looks like a “small” dictionary in Japanese (my easy guess by Nihon Kiin)

I suspect It will be hard to find something very different from the content of the “small” Ishida dictionary (3 vol, Ishi Press) which was published around a decade later and… which is in full English.

I remain interested, at least the Ishida may help for your research.

For anyone interested, I used to get old Japanese books through http://www.wakuwakumono.com/services/

There are some real gems for less than a dollar. Like this “severe invasions” book that I love.

Clickbait! I demand to see some corner sequences.

Demand all you want. When I have found one I will post it and not a second earlier. 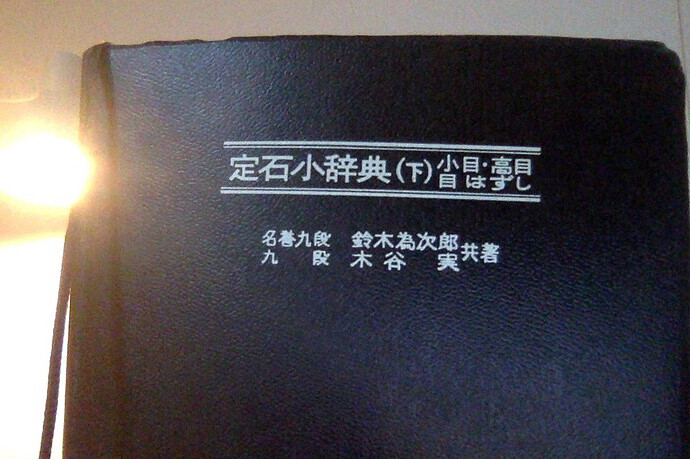 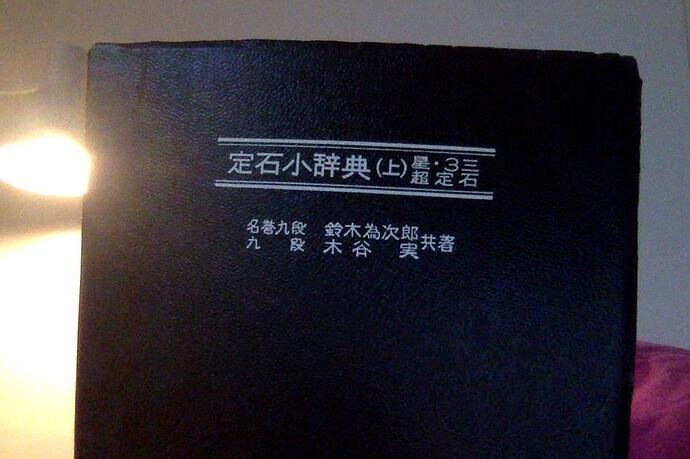 These are the small joseki dictionary (定石小辞典), to contrast the large dictionary (Igo Daijiten 囲碁大辞典) written by the first author (among others), honourable 9dan (名誉九段) Suzuki Tamejirou (鈴木為次郎). The second author of these books is 9d Kitani Minoru (九段 木谷実).

1966, looks like a “small” dictionary in Japanese (my easy guess by Nihon Kiin)

I guess authors of these “small” dictionaries refer to it being small compared to the larger dictionaries. But it doesn’t look very small, indeed…

“classical” could be defined here as being professionally active before 1925, having played against Shuei, having been a member of an iemoto house or the Hoensha, etc.

I wouldn’t regard the cohort of Go Seigen, Kitani, Takagawa, Sakata and so on as being classical professionals.

I wouldn’t regard the cohort of Go Seigen, Kitani, Takagawa, Sakata and so on as being classical professionals.

“classical” could be defined here as being professionally active before 1925, having played against Shuei, having been a member of an iemoto house or the Hoensha, etc.

For these criteria, amongst others.

If you pressed me to define my concept of Classical Go, I would say that it took place from the foundation of the iemoto professional system in 1612 to the formation of the Nihon Kiin in 1924.

I’d also suggest that it splits into an Early Classical and Late Classical period, separating in the early 19th C., the split marked by a resurgence of influential play ideas due to Yasui Senchi and Honinbo Jowa. To be exact, I might place it in 1827, when Jowa became the head of the Honinbo house.

To revisit the topic, I tend to use this sort of chronology.

The key thing to understand is that these periods can have narrow or broad ranges depending on which events one wishes to use to define them. The events are almost arbitrary; what one tries to describe is the character of the era.

For instance, one could just as easily end the Early Modern era with Sakata’s landmark victory a year earlier in the 1961 Honinbo, or the Interclassical with Shusaku’s death in 1862.

Here is one possible conception:

I’ve written about these ideas on the forums before. 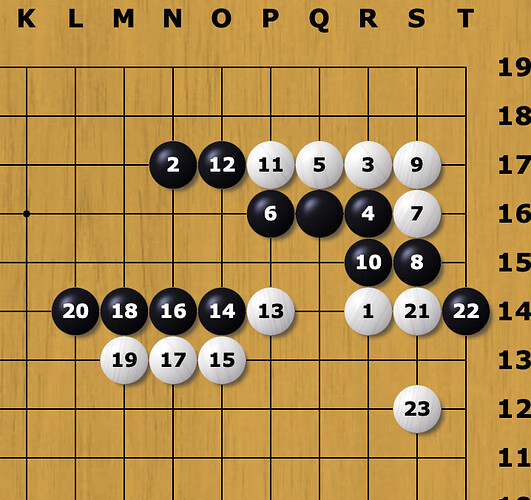 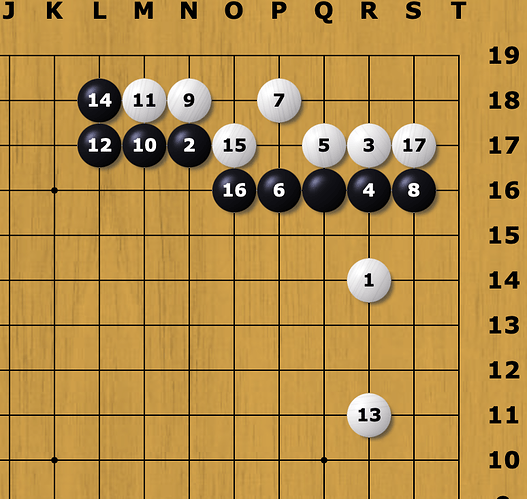 Feel free to comment, start a discussion and/or show what AI thinks of this variation.

Out of sheer frustration about all those players who play E5 in a 9x9 game and I never know what to do, I will focus on the 5-5 opening. For inspiration so to say 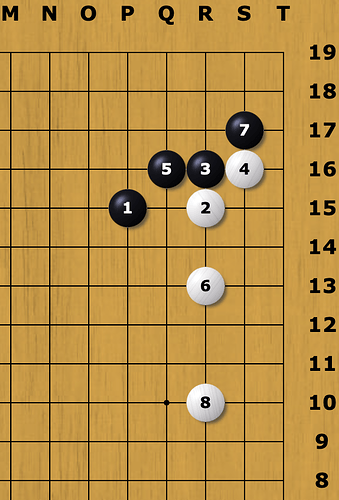 I didn’t find this one in Joseki Explorer (or maybe I just missed it). To be honest I don’t know much about how Joseki Explorer works.
So, before committing a faux pas: @mark5000, @aesalon, can I add joseki’s and under what conditions / rules?

Adding and Editing OGS Joseki · online-go/online-go.com Wiki · GitHub has some guidelines. You will have to be granted access.

5-5 and odd corner patterns would be useful. Personally, I err on the side of not adding (old) book diagrams that haven’t seen play. Especially when there is plenty of evidence that professionals had the opportunity to play it and instead chose other joseki.

Anything that you see in a book that has a couple of pattern hits in a pro game database is welcome.

It’s notable that Black would like P15, the original stone, to be turning at Q15 instead. 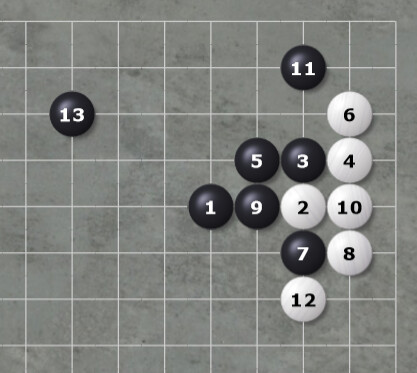 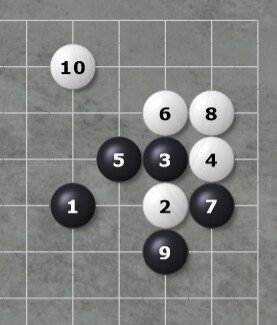 Of course, it’s White with the power to decide whether or not to enter these lines with (6), which appears to be a key branching move. Just as it’s White who decides on (2) in the first place.

When I think about the classes of move, there are:

As long as each category is clearly marked, there should be no problem. 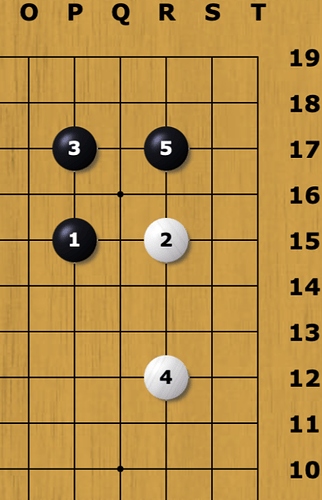 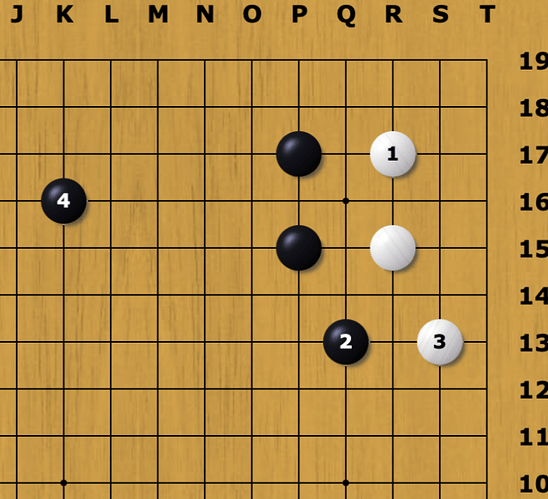 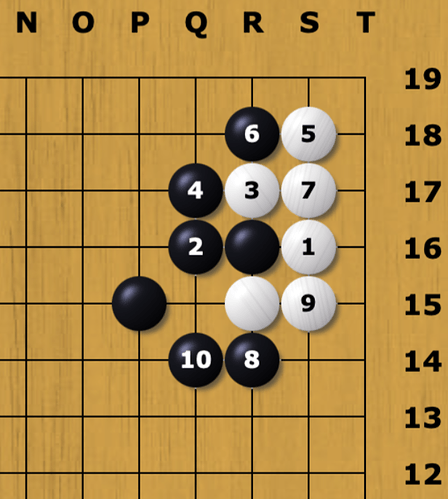