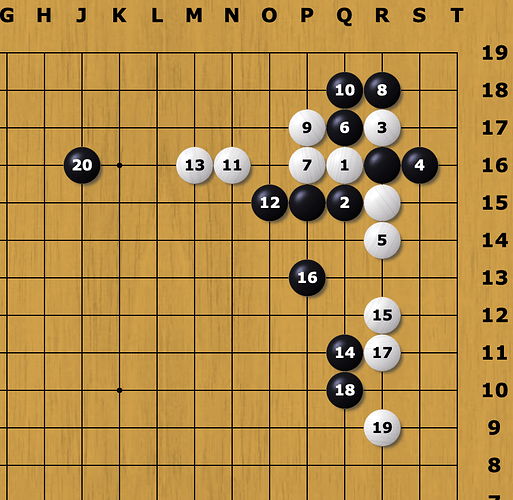 @Groin, no unfortunately not.

Just created a “puzzles” collection where the josekis shown in this thread can be replayed on a single move base.,

Can these really be called joseki? I would prefer the term sequence, as in the thread title, or variation.

The word joseki comes with some implications, for example that it is commonly played, or it’s believed to give an even result.

for example that it is commonly played,

Not sure what you mean by “commonly played”. Do you mean regularly?
It feels awkward to me that a joseki that has gone out of fashion (but once was played regularly) would cease to be called joseki. 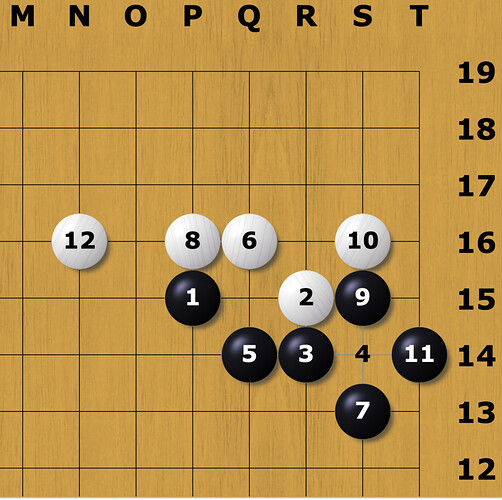 In respect to the title and to the book, they were josekis and now maybe no more or still, it’s a debate for each.

But using the word joseki (we could say old joseki each time…) is useful to distinguish sequences which are not or less joseki in the book itself.

A joseki can be dropped out of the category not only because of fashion but simply because it is now considered unbalanced.

This is certainly an interesting discussion, but it is not what this topic/thread is about.
Maybe start a new topic on it or merge it with an already existing one?

I like to use the word junseki, a portmanteau of joseki and jun, “semi”, as in jun-meijin.

(The term noseki has existed for at least eighteen years.)

Were they actually joseki if they’ve never been played?

According to OP we are Off topic so maybe a Admin could move this in a new thread, so we can continue that interesting discussion in peace.

All of these 5-5 patterns have no hits in Waltheri. Of course that doesn’t mean they weren’t played but that is a hint.

There are probably hundreds of diagrams labeled as joseki in Encyclopedia of Joseki that haven’t been played. An example that took 45 seconds to find. An overstatement or just an experimental idea that professionals talked about and that was enough for the author to decide it is joseki at the time.

Does Waltheri cover well “antic” games? Asking because I don’t use it and I don’t know exactly what is inside, especially for old games.
I don’t use josekipedia myself, never trusted that one. But I used regularly joseki dictionaries on paper (Mostly successive edition of the Nihon Kiin translated in Chinese ).

Yeah Waltheri isn’t bad for games around that era. For that example you can see 15+ games with that potential move played in that time period but the ‘joseki’ move wasn’t one of them.
Another. Some of them are probably correctly marked as “Good for Black/White” meaning they are variations but that is probably a minority. That book is probably the worst offender but I have a collection of Chinese joseki books and they regularly do the same thing.

What’s your opinion on the ratio of pro games from the 1750-1920 which are included in Waltheri? Is it a high percentage ?

(Note: we can dismiss josekipedia discussion if you agree as we both have the same point of view).

Talking about Chinese books, and in some extend Korean books, I do agree that a bunch of them seem to just copy/paste in this field. Now there are better original material in “new opening” books, studies of pro games… With a lot of insights, especially in josekis… But that is going OP we are considering antic games.

I think Waltheri is probably more accurate with those older games than modern games. I think it tries to be comprehensive with all the top players from those days.

For all lovers of obscure joseki’s: I added all the 5-5 joseki’s into my puzzle collection Almost antique corner sequences:

@xhu98 is it possible to split this post?
From post 24 on (Almost antique corner sequences - #24 by martin3141) it becomes a post about what can be considered a joseki and what not?

what can be considered a joseki and what not?

I think this is the most established thread for that discussion:

According to Waltheri (ps.waltheri.net) local search, the treatment of https://online-go.com/joseki/911 has three mistakes. R18 is marked as ideal. It has never been played professionally. Q18 is marked as ideal and has also never been played. Ironically Q17, which has been played 24 times (compared to 56 plays of R15), is only marked as good. If Waltheri is missing new, relevant pro games then that’s one thing, but to add ideal-marked options onto OGS Joseki which have never even be…

Then again, that thread’s conversation is all technically off-topic, so eh.

These are antique corner sequences in the 1880s from a teaching for beginner book by Inoue Yasunobu (井上保申 at the time had a rank of Hoensha 8 kyu or 2 dan). 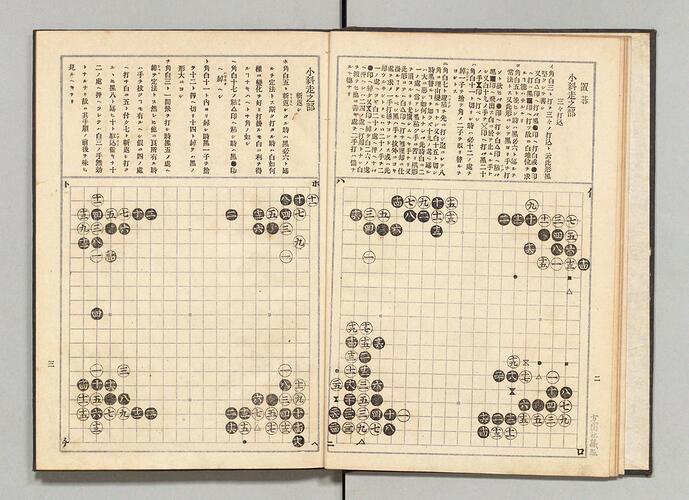 As seen on the right side up and lower corners, those sequences were already well established in the 1880s. A lot of the “joseki” books at the time were also about how lower-ranked players should play handicap games. 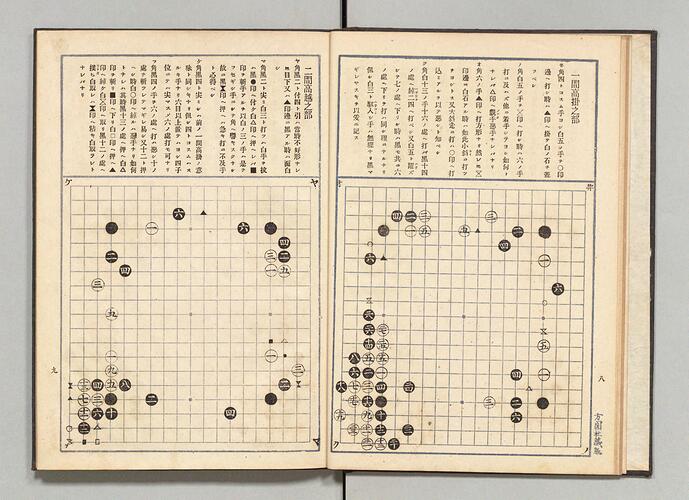 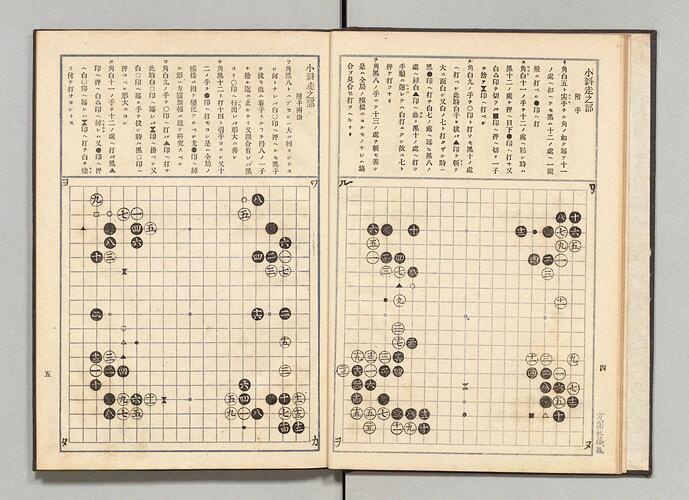