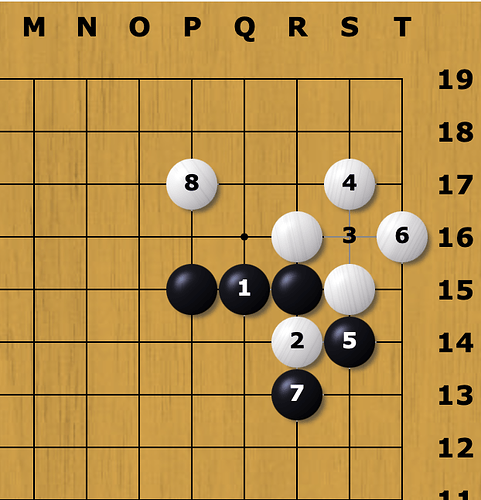 I’m not clear how the position originated. 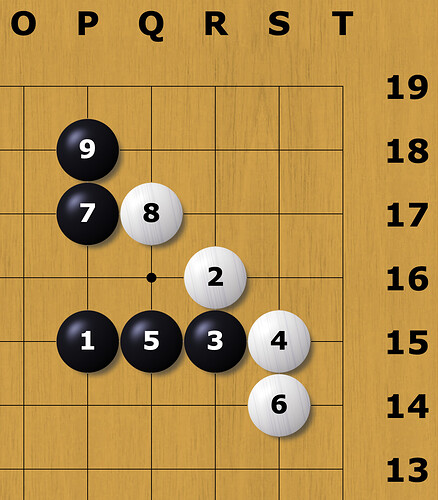 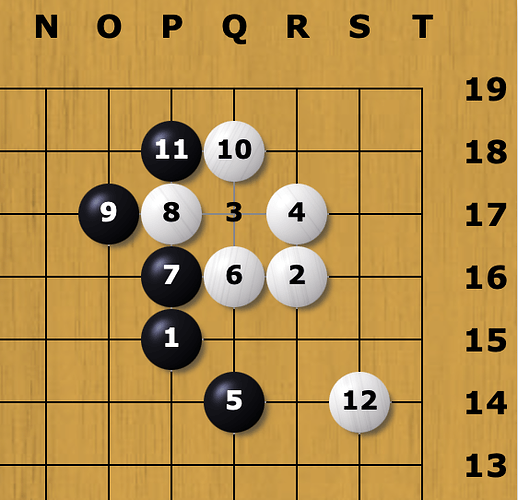 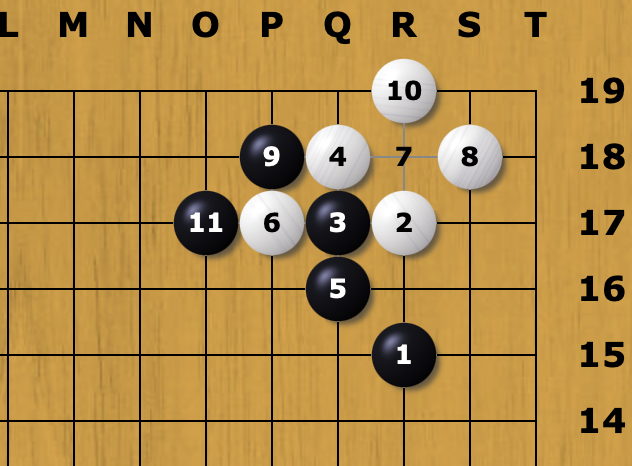 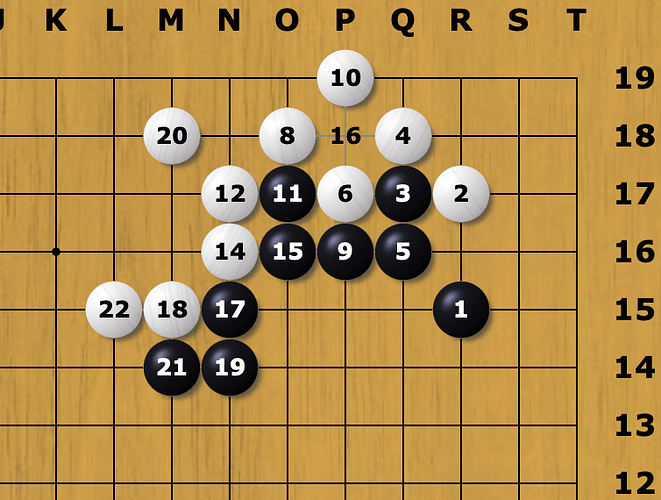 Where’s (7) in the second diagram?

Still looking for the best manner of how to portray these diagrams (ataris etc are problematic).
Maybe accompanying it with an interactive puzzle link works better.
Or maybe only interactive links to a puzzle collection is better.
Will give it some thought.

Okay, another decision impulsively made …
Gonna put all 6000 diagrams in this collection.
And with a tempo of 10 a day I should finish this project somewhere in March 2022 (first book) and a year later (second book).
No guarantees however.

The first pic was flipped, maybe better try the first pic (unflipped) in post 4 by vsotvep.
Curious what Google Translate then does.

I was using the unflipped ones. It turns out size (well, zoom) matters. Both yield “Joseki Small Dictionary.”
The translation of the second half of the top line never settles down, perhaps because of the change in font size.

The text in the lower, smaller lines is clearly author information (the first photo refers to 9 meals, but the second to 9 dan). The name of the dan/meal in question… Google won’t decide.

Okay, another decision impulsively made …
Gonna put all 6000 diagrams in this collection.

With a relaxed tempo of 20-40 a day that will take some time.

Actually it is fun and I learn a lot.

Some of the joseki’s you will never see anymore nowadays, but does that make them inadequate?
Discovered a lot of great invasion moves hard to defend.

Here is a nice one.

The 1983 article Demystifying Joseki (Terry Stacey and Simon Clark) in BGJ #58 shows a number of 5-5 sequences.

They’re accompanied by explanation, but for brevity I’ll only post the diagrams here.

The sequences are taken from this book, Igo Daijiten.

By the way, Igo Daijiten is copyright free.

To quote from the editorial note cited at Igo Daijiten / Background at Sensei's Library (emphasis mine):

This book was not created overnight. The late Suzuki Tamejiro conceived this project 50 years ago, and, whenever the occasion arose, collected patterns diligently. After further research on these patterns he published the book for the first time in 1933.

However, because of the war later, it was all reduced to complete destruction and so, some ten years after the war, having obtained the support of Ogawa Kikumatsu, then Chairman of Seibundo Shinkosha, Suzuki decided to proceed with publication, after more than 32 years, of a revised edition to which he had added fresh text.

On 3 November 1960, when he had completed all three volumes of this new edition, Master Suzuki received the Medal with Purple Ribbon because of his meritorious service in which he had devoted himself to the development of the go world over many years. But on the 19th of the same month, he unexpectedly collapsed while chatting with the group of our editorial team attending the celberation of his award. He died suddenly the following day, the 20th.

The 1899 law protected copyrighted works for 30 years after the author’s death.

The copyright was initially set to expire in 1990.

Law changes promulgated in 1970 extended the duration to 50 years

The copyright expiration date advanced to 2010.

However, in 2004 Japan further extended the copyright term to 70 years for cinematographic works.

This is a book, not a piece of film.

At the end of 2018 … the 70 year term was applied to all works. This new term was not applied retroactively; works that had entered the public domain between 1999 and 29 December 2018 (inclusive) due to expiration remained in the public domain.

Therefore we can conclude that Igo Daijiten left copyright in 2010, and has been in the public domain ever since.

Would you be happy to scan the book and upload it somewhere, Atorrante, if no-one else has done so already?

(Also worth noting that Modern Joseki and Fuseki was only published eight years later but is receiving, at this point, at least 81 years more copyright.)

I should specify that I’m not demanding you scan it or anything.

I’m just making you aware that, if you do want to put up some pages, it seems to be perfectly legal.

Would you be happy to scan the book and upload it somewhere, Atorrante, if no-one else has done so already?

It would certainly be nice if someone scanned and uploaded the book. It looks really interesting.
However I don’t have a scanner.

Title: Igo Daijiten 囲碁大辞典 The Igo Daijiten is the first attempt to make a comprehensive dictionary-format study on joseki patterns in the game of go. It was first compiled and edited by Suzuki Tame…

Suzuki Tamejiro 鈴木為次郎 (1883-1960) was a professional Go player.
Suzuki was a pupil of Iwasaki Kenzo and Shuei. Suzuki reached 4-dan in 1912. Suzuki took part in a six-game match against Segoe Kensaku and a jubango with Nozawa Chikucho. He was a member at times of Hiseikai, the Nihon Ki-in, and Kiseisha. He reached 8-dan in 1942.

With a speed of 30 joseki’s a day that would take me about 5,5 months to finish.

Happily announcing that the first 1000 joseki are there.

By the way also pleasantly surprised by the number of visitors during the last few days.
On Wednesday morning there were about 500 visitors (after three months) and now suddenly it jumped to 1500.

Not bad for a collection of joseki’s dating back to about half a century BA (before artificial intelligence).
Thanks.

Somewhere next week (probably next weekend) the second batch of 1000 joeseki’s will be ready.

Feel free to dive into it and enjoy.