When I enter Analyze Mode the board goes blank and stays blank even if I exit Analyze Mode. This never happened to me before. Just discovered it today as I woke up this morning. Using Chrome for Android. I’ll check my desktop when I get home from work.

Everything works until moving forward/back a move to enter analysis. After this all board features other then board texture dissapear. Problem persists on overview page.

The game tree does not show the stone icons either, only numbers.

Circles and some of the other analysis features that seem text based still show?

I have the same issue. It was working last night, but during the night chrome on my phone updated itself. The current chrome version is 77.0.3865.73 on Android version 7.0.

I can reproduce it. Affected is Chrome and Chrome-Dev on Android. Since only Chrome on Android is affected, I think it’s and Chrome bug.

The bug seems to depend on the selected board and stones. I had the fewest problems while using: 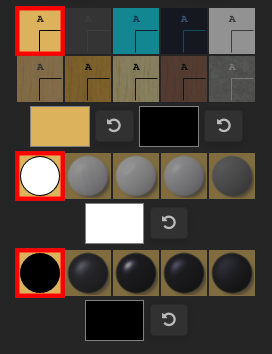 With those it worked almost fine.

In the other case the board wasn’t always blank, but sometimes (after some time waiting) the lines where showing up at the places without stones (and black squares over the stones).

Since the update to Chrome 77 took place some days ago, it’s most certainly a Chome bug. It’s probably related with https://www.androidpolice.com/2019/09/11/chrome-bug-is-causing-web-pages-inside-apps-to-freeze-and-crash/

Excellent research flovo <3 thanks so much!

@flovo I’m guessing you saw, but just in case it helps: anoek put in a new mechanism for sizing the board, to fix the wierd “wrong size/place on initial load” - this is also a fix for the rank graph and other things that had similar problems.

I don’t know. Funny thing is, for my “analysis disabled” games back and forth works fine until I “activate” the bug in another game, after that it’s broken on all boards.

To me it looks like a funny combination of move-tree and stone skins are causing chrome to go crazy.

Opera Mini, Brave and Firefox are working on Android

PS: I usually don’t look at the other commits, so no I hadn’t seen it.

I found a Demo-Board where it happens in Firefox on Android as well: https://online-go.com/review/412363

I’m having the same problem. Possibly pointing to the board sizing changes, clicking around will bring up a tiny version on the game in the upper left of the board: 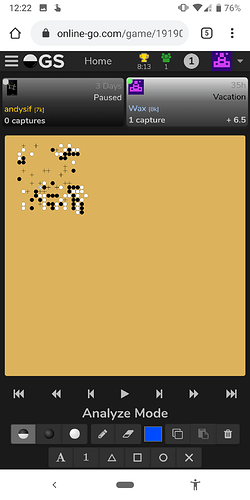 Doesn’t seem to be affected by changing the board or stone design for me.

Happening for me too on Chrome Android and Windows 10.

I’ll check out some other browsers.

A github issue was opened for this

Issue: Analyze Game mode does not render any board details on Chrome for Android

its funny how it is not affecting normal game play but only analyze mode. it must be a sign from above that says

THOU SHALT NOT USE ANALYZE MODE

that being said, i am quite baffled why this is the case.
i am not a coding guy, but i would expect normal play and analyze mode use the same set of code for display.

Something goes wrong when we enter Analyze mode, and it doesn’t even work for play mode after that (at least for me…)

a press of the F5 button should get it back to work.

Sure, sorry for the short thowaway comment on my part. I was just responding to your inference that the Analyse and Play must be using different code because they behave differently, which is not what you expect.

In fact, they do use the same code for displaying the board, but of course Analyze adds the game tree. Maybe it is the presence of this that puts things into a bad state…

for my “analysis disabled” games back and forth works fine