Are you a developer? Want OGS on a mobile device? (OLD Android and iOS app development thread)

From what I understand, development on the OGS android app is on hold - matburt and anoek have their hands full with the site, and need some time off to see their families and sleep[1].

It strikes me that we’re a pretty technical bunch, and since we have an open API, why not build some open API clients? I keep intending to start up either an Android or IOS client, but can’t seem to get motivated by myself.

If you’re interested in getting involved, drop a comment below and we’ll see what skills we have available here on the forums.

Do we write Obj-C and Java individually, or go HTML5 hybrid app? do we write the whole thing in Xamarin Mono?

[1] They don’t get to eat though. They just synthesise energy from the cold radiation of their monitors.

Sadly im not enough of a programmer to help with the code since all i know is a little bit of python, but im happy to help in any testing, suggesting, translation or whatever else there might be that i can.

I think a solid app for ogs is going to go a long way to promote OGS. I think its important for a corr-game-platform to have a solid mobile application. !

I vote for HTML5 hybrid app. That style will help with consistency across the platforms.

Html5 sounds also best for me !

I’m strongly considering a c++ core for networking and data, that means it can use gnugo or fuego to do score estimation, sgf reading etc. If we go with HTML5 for the ui, we could start by grabbing glift.

@matburt if we eventually wanted real-time for live games, what’s the protocol we need to support on the client? I’m guessing it’s some kind of websocket magic. I’m only asking because it might affect choice of frameworks.

Yep the client would need to be able to connect and manage a socket.io link.

Based on the conversation in the thread linked below, it seems like the devs do not want to release the details of the interface to the general public. An open-source project using that interface would essentially do that though.

How to implement a client capable of playing live games if not by polling? API Development

We have a live game interface... this is how our own client interfaces with the game. However, we aren't just going to give everyone access to this interface as-is right now. I'd say 99% of api consumers don't need access to real time move information and we will look at those 1% on a case-by-case basis. So while our rest api is public our real time interface is subject to a more strict approval process.

I would love to pitch in and help where I could (C++/C#/Java) but I don’t know much about network protocols or HTML5. Also, I probably won’t have bandwidth to help with the project until late September.

I guess what helps in this case is that we’d be able to see the code and that makes me feel a lot better. It is important that we be able to trust that the project will properly conceal the private keys that will be used to authenticate with the service.

I’d like to see some work done with the basic rest api first as a good starting point, though.

Is it possible for an open-source project to use private keys without disclosing them? Maybe I am misunderstanding something about how authentication works.

Yes, I’ve done this with several projects that needed to interface with things like Dropbox and whatnot. (They also require you to keep these keys secret).

Namely you just have to make sure you don’t check these keys into source control.

Okay, so it is still “open source” because the source is available, but an anonymous user can not clone the repo and test it out because he will not have the keys to talk to the server?

An anonymous user can clone the repo, but would need to provide keys during the build process.

In any case, we’d start with the ReST API and correspondence games, just because it’s simpler.

They would just need their own keys and wouldn’t/shouldn’t use the production keys. This actually goes for the REST api keys also. It’s just good policy to not give out your own keys.

We perform throttling based on the user making the request AND the oauth2 client making the requests and If someone took your key and started making malicious requests against the server we would ban/block that key from being used. If it’s the same one that you use for your production application with lots of users they are going to be pretty unhappy.

// edit: well, i suppose it wouldn’t actually restrict communication at all, just prevent some cross site scripting from other domains. Forget about it

No programming skills here. But count me in for translating and /or betatesting.

Could also help if someone is willing to lead this project. We should probably just start now and see if it’s going.

I’m doing a bunch of prototypes to see how various frameworks fit together. I’m currently thinking about building the whole thing in C++using Marmalade SDK. What kind of development experience do you have @royjac ? 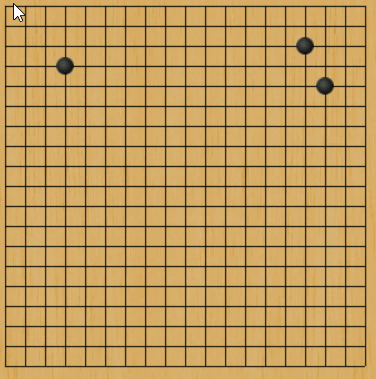 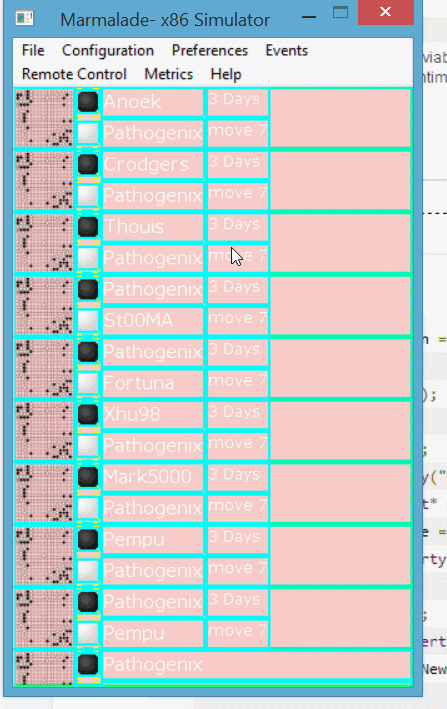 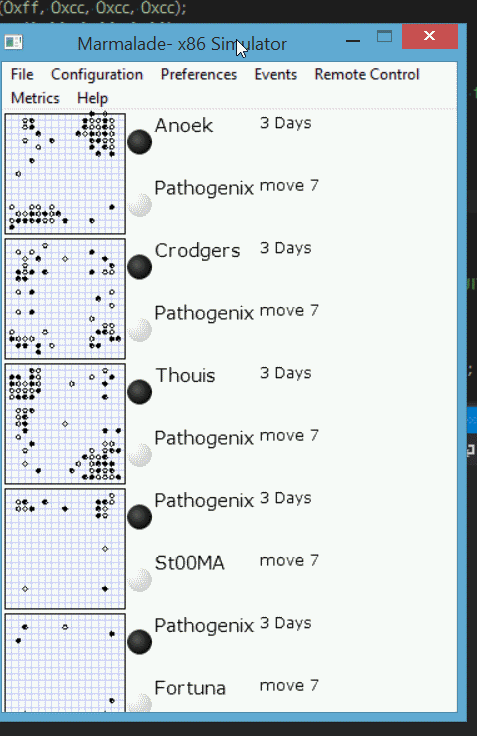