Capture go is arguably the simplest possible go variant. The only rules are:

Capture go is a great way to introduce new players to go, since you don’t have to explain scoring or ko. But it is also an interesting variant for experienced players. Many of the tactics from normal go no longer works, most obviously snapbacks and throw-ins. This means that it is generally easier to live: a single two-point eye is enough to guarantee life.

In this thread I’m going to share some of my favourite capture go problems. I’ll start with a super easy one: 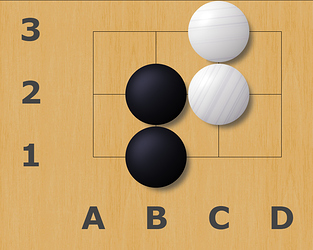 Black to play. There is only one winning move.

Capture go is a great way to introduce new players to go, since you don’t have to explain scoring or ko.

You are probably correct in assuming that it is a great way to introduce new players to go.
I think that it also has a disadvantage: learning new players that go is only about capturing stones. This might handicap them later in their attempt to improve their playing.

Every advantage has its disadvantage.

How is this a super easy problem? I am completely stumped. I’ve tried every single move and nothing works.

(Even though I am also in the pro-capture go teacher group.)

Edit : Ooh, passing is not allowed. Ok, I’ve got it. Nice problem.

The concept of territory also arises naturally by disallowing passing. If nothing is captured, your are eventually forced to fill in your own eyes, so the player who has secured more territory wins. So the game is actually closer to normal go than it might seem at first glance.

It is definitely a valid concern that you are learning a different game: the tactics involved are quite different. But there is also a lot of overlap.

In any case, I’m not here to advocate for it as an introduction right now, I just want to share some cool problems

So white doesn’t just always win by mirroring blacks moves, even though not being able to pass gets black killed a lot.

White can’t mirror blacks A2, but I can still see it getting to a symmetrical position where black loses by not passing.

You’re on the right track, finding a variation where white cannot mirror is what’s needed

Yeah I think I found the variation. I could see the position I needed to get to win, then just needed the right order of moves!

Offered some variations on the demo board 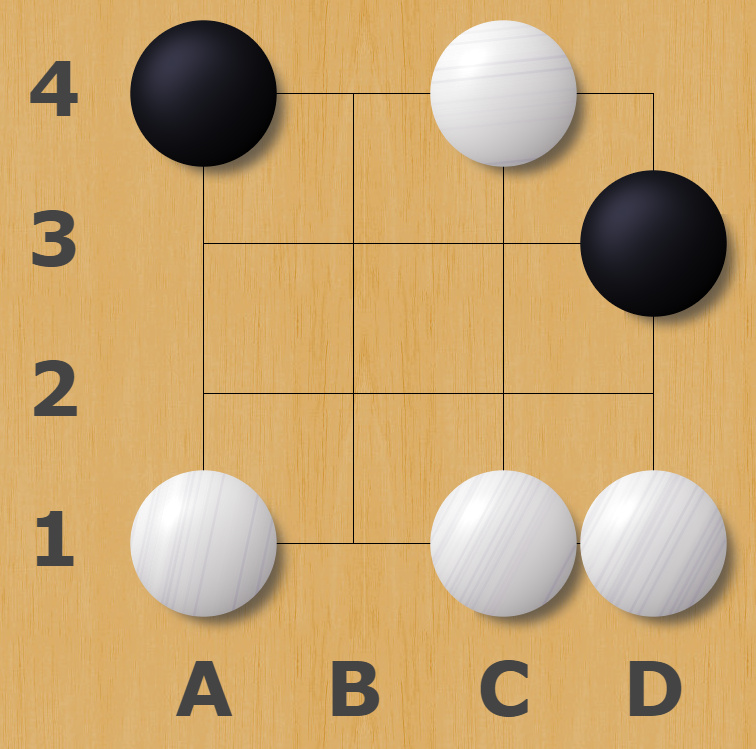 Black to play as usual.

Very well, here’s another one 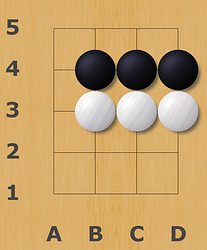 These problems feel much more tactical than the usual tsumego, thinking about them give me the feeling of chess compositions.

These problems feel much more tactical than the usual tsumego, thinking about them give me the feeling of chess compositions.

Indeed! Atari is similar to a check (much more so than in normal go), and you can talk about a “capture in N” problem just as we have “mate in N” problems in chess. (also the whole game is built upon “zugzwang”)

I might have ramped up the difficulty too quickly, I’ll make the next one after this a bit easier

Oh yeah, That’s why I couldn’t see the difference between the variations.
In France we have a funny saying, “To be a dan player you have to be able to count up to three”
Yeah, I’m not a dan player. Give me a last try.

I am a dan player, but I still can’t count to three sometimes