Game list filtering and listing games that include only the games between members of a group has been an often requested feature, and has finally been implemented. During this implementation I also revamped the chat system so that those games could be visible on the chat page, and because it’s all pretty much the same thing, the global game list can now also be viewed on the global topics.

I’ve updated the chat system quite a bit to support the new changes, feedback and testing would be great to have.

Also new is the ability to set a channel topic. For groups, any member of the group can set the topic.

For those of you that have configured multiple languages in your browser, you should now see all the language channels that overlap, and in your specified order. As a default, your browsers primary language will be used to determine what channel you first join.

I probably broke a few things, so let me know if anyone finds any bugs, otherwise these features will be landing soon on the main site

I would humbly ask if this includes in-game chat notifications.
Thanks anyway for breaking things.

It does not, though I don’t know if that’s something that most people want? It seems like most people wouldn’t welcome the distraction of something popping up or dinging while they are playing.

I mean a notification that our opponent posted a message in our game. Sometimes people want an undo, or comment on a move, or even worse comment on a game after it ended and we never see it, since we don’t revisit a game (me, not people who study their games).
I thought people have been positive for something like that.

Oh yeah, that is definitely something I would like too. It’s a very different system though, not in this update unfortunately. 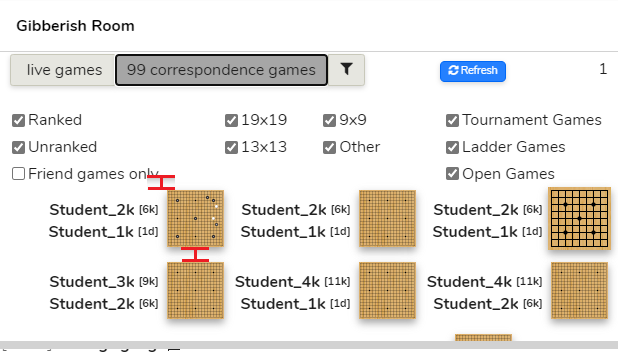 Also, I was able to change the name of the English room. Is that intended behavior? Does that affect what other users see?

Do moderators see who changes the topics?

Edit: oh, you can see it when hovering, ok

This looks like a great update, but it would be especially great if it can be combined with a “follow” button for players. Filtering only friends is a good step in the right direction, but people don’t have to accept friend requests, and you might have friends you don’t want to follow.

I really love it, but would it be possible to minimize the wasted space? On smaller screens it looks inefficient and too much valuable screenspace goes to just nothing but whiteness

Also, I was able to change the name of the English room. Is that intended behavior? Does that affect what other users see?

This looks like a great update, but it would be especially great if it can be combined with a “follow” button for players.

The feature is primed for that, just need to wire up a follow system

I really love it, but would it be possible to minimize the wasted space?

I liked to open small window of chat in browser and place it in left bottom corner of the screen.
So I can do other things and read it by side glance full time and answer anytime.

But now it will be uncomfortable, that gibberish line wastes space and line for input is seen only in bigger window

I think it would be better if channel names on the left had the same font size as everything else. Channels aren’t that important so they don’t have to use big font. And the margins around the topic could be much thinner, probably even thinner than the toolbar. 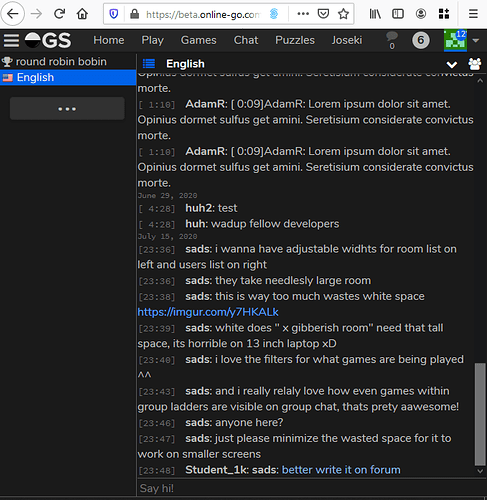 would it be possible to minimize the wasted space?

I think KoBa meant the wasted space on the left and right… is it possible to hide user list and group list on desktop similar to how we do on mobile?

Wow I love those filters! Although I’d like to separate the configured filters for /observe and /chat pages.

I had assumed we would be losing the observe page after this was implemented? do we need both?

Another problem with small screens is that on tournament views the chat is way too long (https://beta.online-go.com/tournament/81) 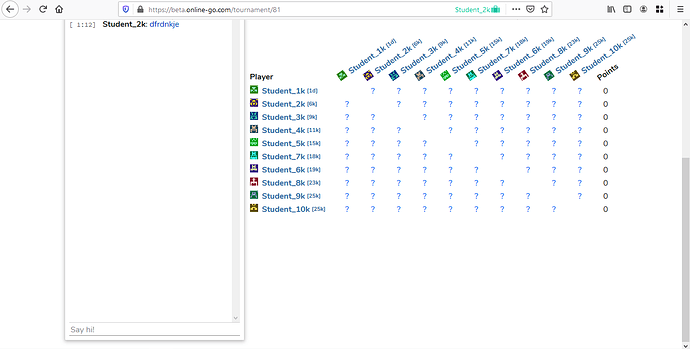 I have to scroll significantly to reach the input field.

It looks even weirder when you make a small tournament and have this giant empty space. 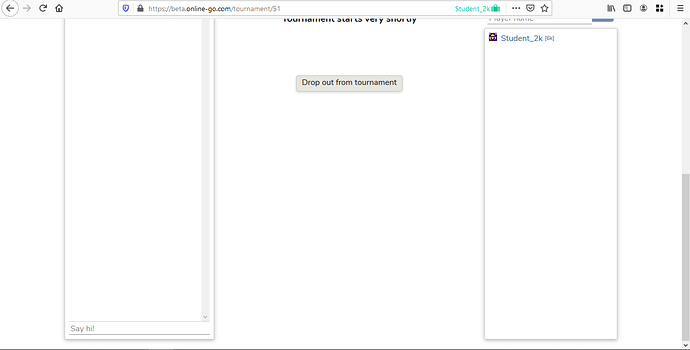 It’s interesting, it appears we can see games of group members but not tournament groups? It would make some sense.

I haven’t thought of anything yet but I feel we need to do something about game toolbar. It looks heavy on chat page.

Wasted space on left and right too. But also on the topic line, even when i hide the boards with ^ i’m left with huge chunck of my screen with nothing but some topic. I dont think its that important to take huge part off from what i can see on the screen.

Alex’s version looks better, but that also has way too much screenspace for channel list. Could it be possible to adjust width of that list by click and drag?