Please, explain - why this is a solution? As I can understand, black can’t kill white group. 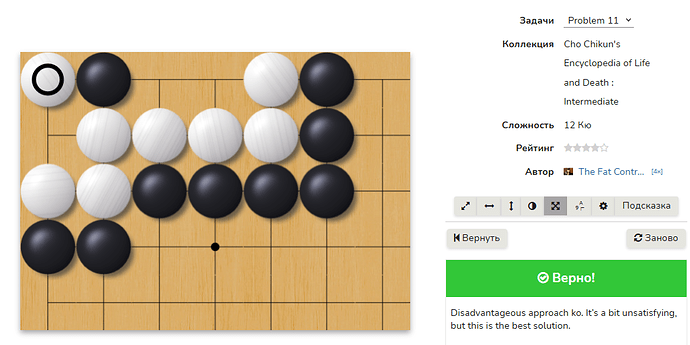 It’s a ko fight to kill the group.

The full underlaying explaination is HERE

Note that black will have to win the ko two times here.
Because of this, killing the group is small in a game. White will have played 2 times an extra move somewhere else.

This does not become a bent four in the corner, although the shape is similar. 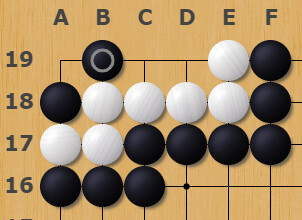 …white does not have the liberties to play C19, so her only option is to capture the ko at A19. However, this in itself is not enough to conclude that the result is a ko. We must also consider if black has a way to finish the ko!

For example this similar position is not ko, because after white plays elsewhere neither A19 or C19 does black any good: 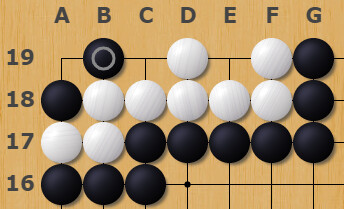 But in our original position, if white plays elsewhere, black will continue like this: 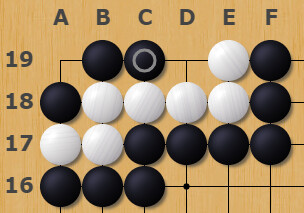 This now creates a normal ko - if black gets the chance to finish the ko, he will capture at D19 (not connect at A19, since that would leave yet another ko).

The reason the text in your screenshot calls the solution “a bit unsatisfying” is that this would be a difficult ko to to win for black in a real game. White gets to take both the ko’s first, so black needs at least two ko threats, and he will have to ignore two white ko threats to win the ko. But even if black cannot win the ko, it’s likely that he will get some sort of compensation from it (by following up on some small ko threat). So in the position below, playing A18 will usually be better than playing A17. But as @Groin points out, it’s a relatively small move, so both players could maybe leave this area for a while. 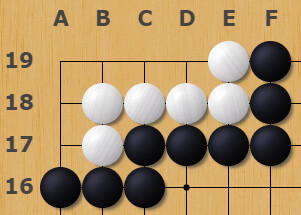 By the way, has OGS never marked ko’s like this? 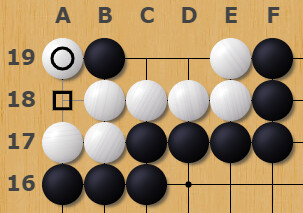 In this thread I mentioned how this is a very useful feature to quickly recognize ko’s. Especially for puzzles this would be a good feature to add to OGS to make it more beginner-friendly.

This would be a great feature in games! The legal moves would be evident, so you wouldn’t have to browse the game history to check whether you’re in a ko fight already.

It seems that online interface doesn’t refrect the KO rule properly. I can easily build a white double eye. 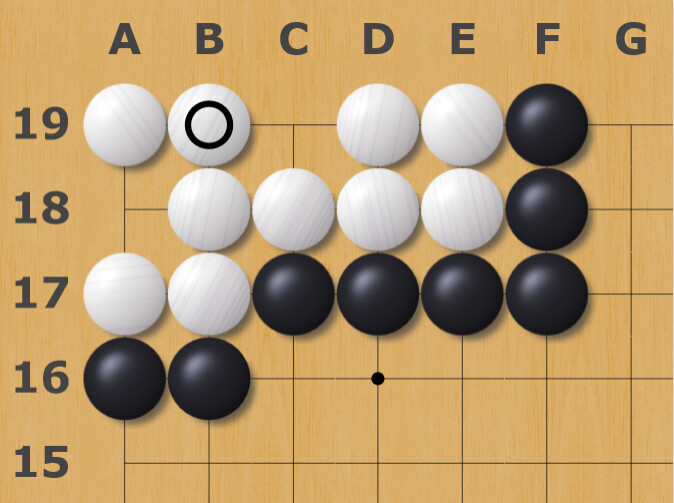 Sorry but i don’t understand what you want to tell us.
After white finish the ko by taking the two black stones, he will have no problem to make two eyes. Black C19 is no help, white even don’t need to take this black stone.black B19 trying to redo a ko is not working either, white will capture that stone directly.

By the way, welcome to the forum!

The puzzle interface does prevent you from making illegal ko moves - for instance if I try to play A18 for black here I get this popup: 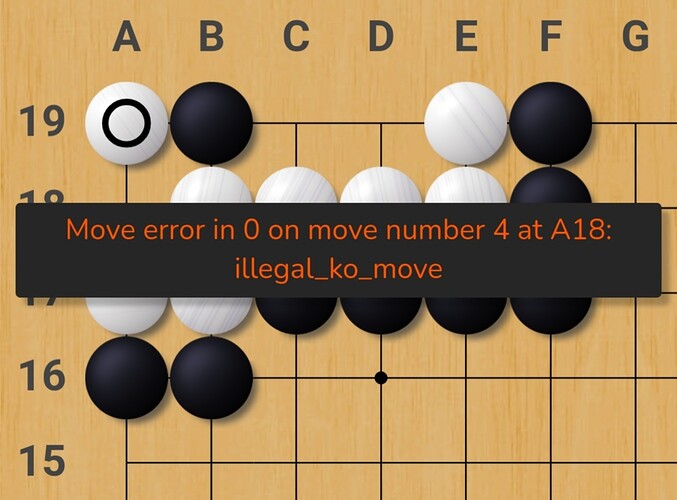 What this means is that black will have to play a threatening move elsewhere (called a “ko threat”), and white can choose to respond to the threat or capture B19 to live in the corner.

Problems involving ko can be confusing because you have to imagine that in a real game, there would likely be some ko threats elsewhere on the board. See here for an example of how a ko threat is used during a ko.

I threw together two interactive puzzles to practice playing out ko fights with threats like in a real game: 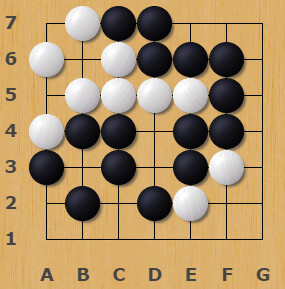 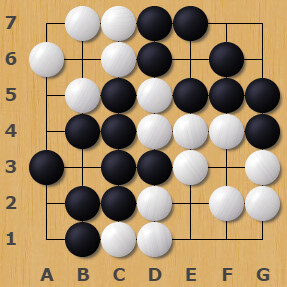 As someone who is barely starting to understand ko, I think these are great!