I many times end up winning huge in mid game which always leads to 100+ more territory victory if I play until the end, but got fed up after hours and hours of players attempting to make two eyes. Nowadays, I really can’t help myself but to forfeit immediately or turn on videogame when I feel that my opponent is going to drag the time. I realized that more than half don’t quit. It really is killing fun and time and I believe there are many experiencing this… I hope there was a feature to request other users to judge and stop match.

This is a “well worn” debate.

As many people think that it is a player’s right to play to the end as those who think you should resign when it looks clear the game is over.

I think there is zero chance of a “request an adjudicated early termination” feature.

If you can select your opponent, the best tool I know of that you have is the “Losses” pie chart on this page, for a given user:

If you have the opportunity to screen your opponent, you can look at this and see what they are likely to do when they are losing.

This player will likely resign if he is losing: 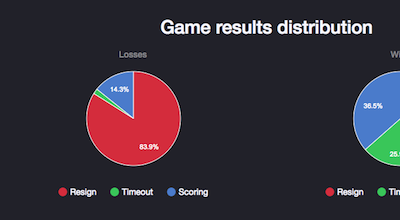 This player almost certainly will play out the dame: 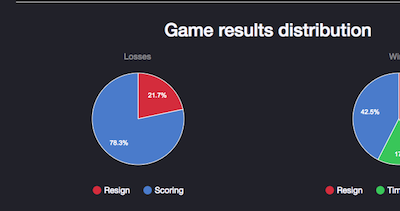 Of course, we can’t always chose our opponent - then it’s just “luck of the draw”.

I would suggest playing against stronger opponents. What you’re describing may be the result of your opponents reading ability being substantially less than yours.

Does this actually happen to you? I don’t see any games in your profile where you’ve resigned in a won position. Not in the last week or two, at least.

If you play against bots, Fuego does this all the time. Dozens of pointless moves in dead lost positions. It’s annoying, but there’s not much you can do about it other than not playing Fuego.

Yeah I was wondering the same thing, actually. There are a few other similarly named players - maybe they are the accounts where this happens? Not only “no resigns from a winning position”, but also no obvious extended playing while game is clearly over".

Hi friend,in go playing you just remember that the winner is always more relaxed than the loser.The more you win, the more pain he suffers.When the game is close to the ending, there is just desperation for the loser.So you needn’t give up,when your opponent still hold on.And for Japanese they think it’s player’s professional ethics to hold on straight to the end because the winner may make a stupid mistake.When I play in Japanese IGS, they always hold on to yose. Some bad people even didn’t allow me to take their died stones in the ending,so I never use double pass les and just to kill their all stones then they resigned:-) 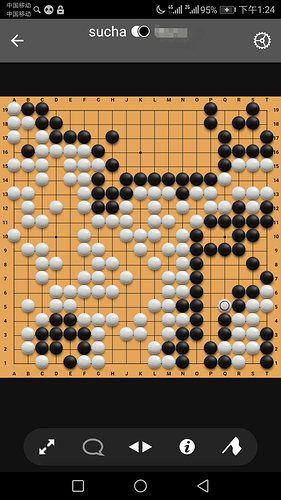 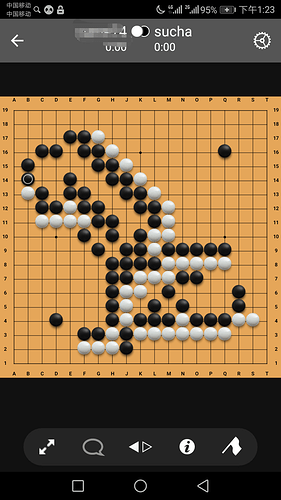 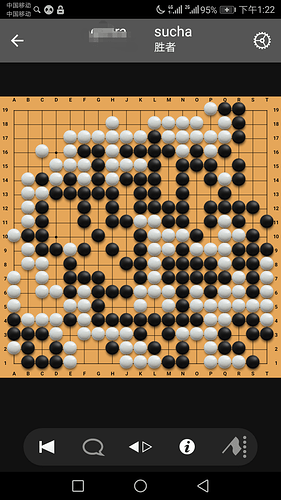 Well, there are many Japanese who stubbornly play on. But the mainstream culture even in Japan is that you resign when you are far behind. I have had a opponent apologizing for playing till the end a recent game that was 20 point behind at the Nihon-Kiin match, which is quite a normal for online games.

Frankly it strikes me as quite rude if you know for a fact that you are very far down (call it 50 points or more), and that you have no counterplay, to play on and hope for a “stupid mistake” as sucha calls it. It just wastes the other person’s time. Don’t get me wrong, I respect everyone’s right to play on but sometimes it can be a bit tasteless and disrespectful.

I could say “if you don’t want to play players like this, just block them” but the reality is that after a month of that you’d have no opponents left.

You can always play against me if you want

What about suggesting to the opponent for his consider to resign?

I’ve actually agonised over that. The problem is that there is no polite and unpressured way to do it.

I wish there was some well known abbreviation for “look, you totally have the right to continue, and indeed if you have a plan please by all means do, but please don’t just keep playing out of politeness - if you don’t think you can win from here and it’s all the same to you how about resigning?”

Apart from anything else, you can be totally wrong:

“look, you totally have the right to continue, and indeed if you have a plan please by all means do, but please don’t just keep playing out of politeness - if you don’t think you can win from here and it’s all the same to you how about resigning?”

May I polish this?

“My friend, it seems to me that you already lost this game by far.
I may be obviously wrong, or maybe you have a plan, and anyway you totally have the right to continue.
In the meantime, may I ask you what do you think in general about resigning?”

Please correct my english if needed.

How about “Just give up already, you senseless oik, have you even looked at the board?”

Can’t be too longwinded

Just give up already, you senseless oik

But. There. Is. No. Polite. Way. To. Do. It. No matter how much you polish it or how much you make it funny.
(As has been said before.)

So, I think we should just forget about this. It was entertaining thread though

But I’m not closing it, maybe it gets even more entertaining … and some of those who have a hard time resigning a lost game might learn something from it? Then it would be rather edutaining … and that’s the best way to teach and learn, IMO

BTW there were times when Go was quite painful for me because I felt like an idiot in E-VE-RY game. Then I decided I’d begin to resign earlier, i.e. before it got too painful … this insight really helped me stick with Go:

“It is not dishonourable to resign a game I honestly believe to have lost.”

There does seem to be no really good way. I have to say that lysnew’s approach is by far the best I’ve seen though: asking them what they think about resigning.

Not sure I’d do it in practice, but one to file away for future reference

I think …
the ONLY way to suggest resigning
would be in a teaching game,
and if you’re in the role of the teacher.

Just reading you force the word edutaining is more than I ever hoped would come of this thread, trohde.

thank you, @bugcat, I appreciate that feedback … especially since “edutainment” is one of my favourite words

And if I may stray a bit more off-topic … I was a lecturer/instructor for future (now present) print media professionals for almost 10 years, and there I quickly learnt that the best way to teach those sometimes recalcitrant folks was … to edutain them! If people are having fun, then the learning happens almost by itself, even if they show resistance at first. (This was “second-chance education”, and some of them had the label “difficult young person”, so these folks had experienced some hard times in their lives already.)

Of course one has to give them a few pointers and some materials, and one has to be available for questions, but having fun and feeling appreciated no matter what was apparently the most important thing. I also found that the more they enjoyed it, the more I also enjoyed it, and vice versa. During that time I also realised that my most important asset for being a teacher was not my expertise and knowledge in the field (though of course it couldn’t be missed) but rather my ability to like people, to take them into my heart. Also, I had one goal for every day: to make ever single student LOL at least once a day

I really miss those times, that was the single job in my life that I really loved, but life carried me elsewhere, one reason being that my superiors viewed my way of teaching as “fraternisation with the enemy” (no matter that over 90% of my students passed their exams with good results) … shows how badly fup’d uck our square society is, IMO.

I once had this happen to me. He was down like 30 or 40 and the board is full and there is no way he can turn the table but he keep placing stones in irrelevant places. I wanted to ask him to resign but thought it was too rude.

There came a point where I think this is going nowhere and I passed. And he passed as well.

I don’t know if he is unaware of the resign button or he thought it was rude to resign or what, but you could try this as a suggestion that the game should stop.