I’m curious about how people feel on this topic. I personally feel that handicap should be forced as not having it messes with results. Rather than saying people want to play even games, I think we just need more players and people playing games. Once there are enough players then even games will happen naturally. Thoughts?

For new live games created by accounts with a non-provisional rank, what should the default handicap setting be?
Gia January 24, 2023, 8:35pm #2

I doubt these two go well together.

I think its better to let people choose freely, rating system already handles vast rating differences pretty well so i dont see why handicaps should be forced. It would probably just mean that less games would be played as ranked, so there would be less data for the rating system to work with.

Handicap is forced on panda so I set opponents to be +1/-1 rank from me. 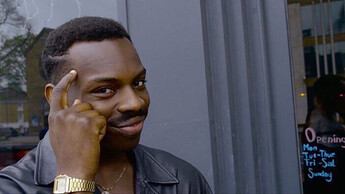 So i would easely bet for the poll result.

I won’t go too far in the pros and cons, as this has been debated more as once already on the forum (see search)

If anyone cares, my recent discussions about how to potentially improve the rating system have led me to become convinced that games where the system has a strong win prediction (say, 70% for Black) give the system more information and help the rating be more accurate. So if all the predictions for ranked games were around 50% (which would be the situation if all games were forced auto-handicap), I would expect the rating system to become somewhat more inaccurate.

Its less fun and freedom with handicap stones. What if I don’t like 4-4 stones and wish to use something else?

What if I don’t like 4-4 stones and wish to use something else?

Then you can use Chinese or AGA rules. They have free handicap placement. I’m not sure about NZ, but think it’s the same there.

Then you can use Chinese

but I still wouldn’t be able to play vs Japanese rules users, which are most people.

unusual fuseki like Black Hole are barely work in even game. Against handicap stones it wouldn’t be possible to use.

It’s very simple. It’s a preference for freedom over dictatorship.

I do this at my go club. Anybody doesn’t play with handicap, I slip extra stones on the board to even the playing field

but I still wouldn’t be able to play vs Japanese rules users, which are most people.

Only because Japanese rules are the default on OGS, and are forced for ladders and automatch. I would be very much in favour of making Chinese rules (or any other Chinese-like rules) the default rather than Japanese.

In both servers, there appears to be a very strong general preference for one setting over the other.

The poll in this thread is probably going to get an overwhelming majority of people in favour of not forcing handicaps. Just because we don’t like to be forced. If you had asked a different question, such as “Should handicap be the default for ranked games?” or “Should there be handicap in ladder games?”, then the result might be different and you might find more people in favour of handicap.

The ranking algorithm was broken on OGS for a long time, which was, I suspect, a reason why the culture of “let’s play even and screw the rank” developed on this server (disclaimer: I am a complete asshat).

I always require handicap when playing a ranked game. Sometimes I give the handicap, sometimes I get it, but either way, the games feel better to me that way. I suspect this means there are players who won’t play me on OGS, and I’m OK with it.

I do think there’s an important argument that was made earlier in the thread, which is that the default setting actually has a lot more weight than expected because that’s what every new account will see forever, so I would be in favor of changing the default setting to prefer or require handicap – especially since people can create their own custom settings nowadays.

imagine new provisional [?] users in handicap game with handicap on wrong side

First, I’m happy to play any opponent with proper handicap but I would like to point out something I come across regularly.
There’s a significant difference in my strenght (4k) between ‘live’ and ‘correspondence’ games. I’m pretty sure this will level out eventually but for now it often proves a bit difficult to match myself with an opponent in live games, especially if the offered game mandates handicap. My rank is based on the averages of all games played so sometimes I’m ‘too strong’ or ‘too weak’ for an even match, depending on the game of choice. I hope this makes any sense

@Issa_T
Well, surely if you play a live game, the handicap is calculated based on the live rank? (I’d be surprised if it wasn’t the case)

If it’s true that you are weaker in one of them (relative to the rest of the population), then that rank should be lower, and assuming the handicap system is any good, the handicap calculated should be as appropriate as that for other people, I think.

If you mean “people look at my overall rank and manually set the handicap based on that”, then… I don’t know, they shouldn’t do that, I guess

Well, surely if you play a live game, the handicap is calculated based on the live rank? (I’d be surprised if it wasn’t the case)

I don’t think so but I can be mistaken

I think the handicaps are always calculated based on overall ranks, and the breakdown you see at your profile is mainly for “just fun information”

I would like to know the answer to this as well

It’s interesting that many people vote against handicap. I’m my experience people hate losing but not having handicap in ranked games is just allowed sandbagging imo. But it seems I’m the minority hehe