Here’s the hard data so far.

Though Allerleirauh didn’t say how many chess games he’d played.

So, the minimal “@Allerleirauh hypothesis” (if I’m not putting words in his mouth) that “a dan player with enough (eg. 1,000) games of chess will eventually reach 2000” seems to be supported by the data gathered thus far.

But the information is still very spotty.

To seed discussion of a cross-game (eg. Go-chess) tournament, you might want to see the conversation started last May at Exploring other board games -- a challenge - #113 by bugcat.

It stops and starts a few times over the last fifty posts of the thread.

I remember that, but that suggestion was more about a long list of different games together (and the way to manage it.)

It was. Only linked on the off-chance it’d be useful.

I suppose that go reading skills would translate to other games, such as chess, and vice versa. But to reach dan level in go or 2000 chess rating, I think one needs more than reading ability alone. Without some amount of theoretical knowledge/guidance, I expect one gets stuck before reaching ~6k or ~1500 chess rating.

I’ve played some chess “teaching” games with a co-worker who is ~1800 lichess (he got some lessons when he was in a chess club in his youth). He did notice that unlike a regular chess novice, I have some reading ability: with sufficient time, I rarely hang my pieces and I can spot some basic tactics such as forks.
But my chess reading is not better than his. And besides reading ability, he has a fair amount of knowledge about the opening and the endgame. So I may keep a fairly even game until the late opening / early middle game, but I have no chance at all to win (or even draw).

I think chess is interesting, but I’m not interested enough to invest a lot of time in practice and study.

EGF
Played chess since childhood with chess school and everything, so probably a lot of games.

I assumed Clossy is like 3d, so lichess 2000 which is like 1d wouldn’t be too hard. Doesn’t mean he won’t need any learning but. But the brain is already used to this gamified thinking of alternating turns, initiative and so on, and to the relatively high level. Nothing stopping it from doing the same in chess. A normal regular person who might be unaccustomed to this type of thinking will have to reforge their brain to a great extent and maybe they aren’t built for this type at all, so they’ll be 9k forever, despite what all the “you can do it” crowd might say.

You can see that great players in one game can be decent in another game. Cho Chikun plays shogi, Nie Weiping - bridge or something,

Grandmaster Alexander Morozevich has EGF 1d, maybe it’s not too accurate but around there.

So at some point of proficiency, you can reach 1d in similar games.

Many cultures have nationally popular strategy games, but rarely do top chess players "cross the streams" and take other games seriously. That's not true of GMs Tiger Hillarp Persson and Alexander Morozevich, who long ago claimed the top title in...

A general fact is that if you are good at some subject X and take time to study subject Y, then you generally become good or at least decent at Y because you are used to putting intellectual effort.

X and Y can be absolutely unrelated subjects.

How do you know? I have no idea how many go games i played (many ofc)

It was a rough estimate that turned out to be completely wrong. In fact I recounted again and it must be closer to 4000 go games. Details:

Fox 231
Tygem 205
IGS 738
KGS 500? (Don’t know, the total number used to be accessible via kgs.gosquares.net but now the website requires a login).
OGS 1711
Club/friendly games 250?
EGF rated 144
Against my smartphone 200?
I also played a negligible number of games on WBaduk and on yikeweiqi.

I’m 1300-1400 lichess depending on blitz or rapid, and 19Kyu on OGS.
I’m pretty sure I’m much better at chess than I am at Go, but aiming to catch up my level of Go to be equivalent to my level of chess.

He is a solid 1d EGF
I lost to him in the 5th round of the EGC 2019 (Brussels). His tactics were quite strong, and perhaps the main reason I lost (also, I probably underestimated his tactical ability until it was too late).

After the game he told me he is more a chess player than a go player. I looked him up later and discovered he is a GM

In the Netherlands there is Willy Hendriks, 3d EGF in go and IM in chess.

Here is a game I played with Tiger in the Swedish championships 2021: 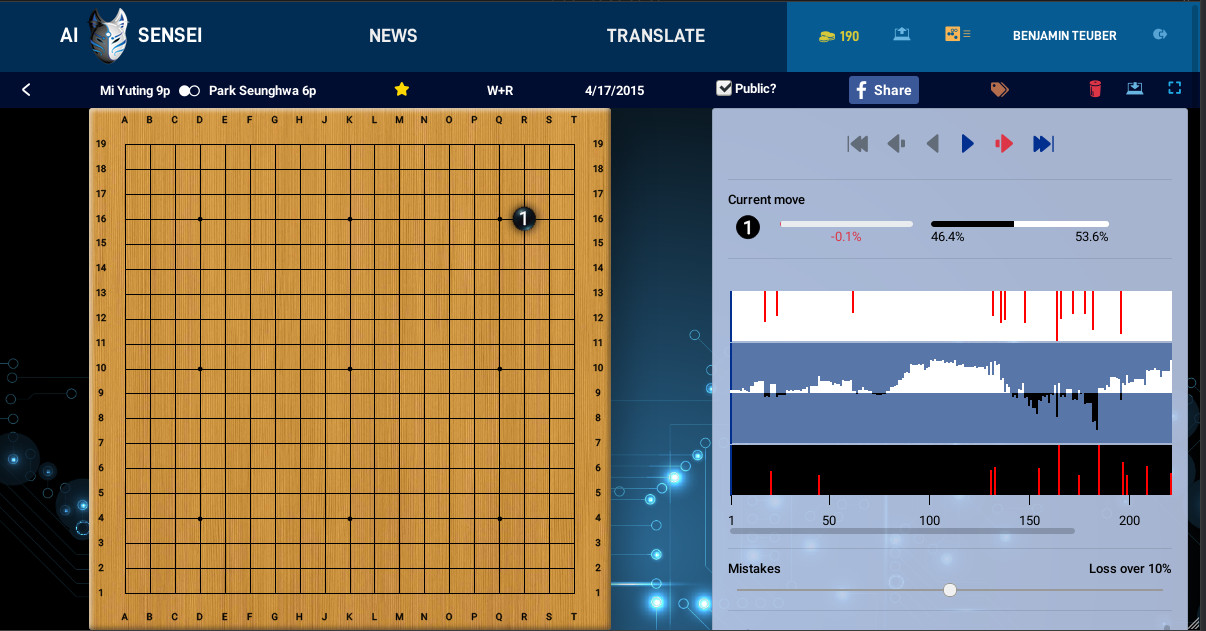 Transcribed as far as I could remember. It was an even game with some ups and downs in the graph. In the remaining game he overstretched a bit trying to make a comeback and F15 ended up dying IIRC.

He seems to take go quite seriously despite it not being his main game. I think he’s been active in his local go club for the past few years.

We might be able to see if a strong go player can learn and improve fast at chess: 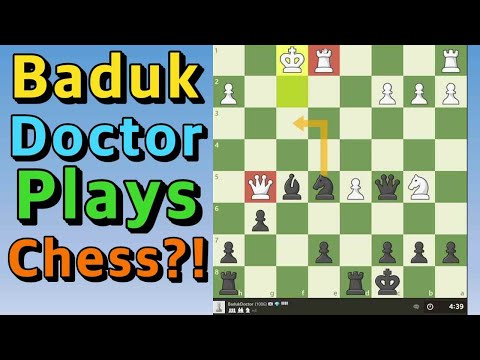 Chess GM Tiger Hillarp did well in the Dutch Open that was held in the previous weekend, ranking up to 2d EGF: Tiger Hillarp | Player card | E.G.D. - European Go Database 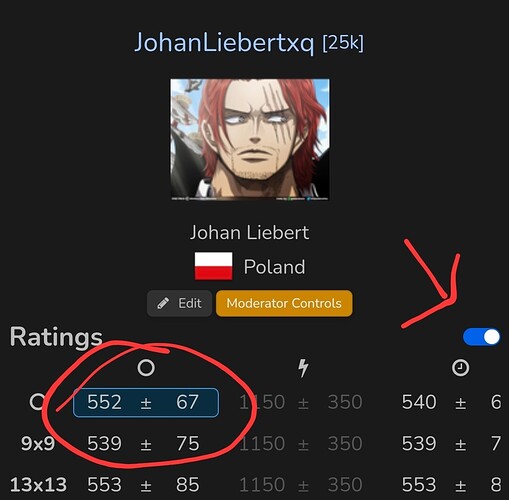 Thanks for the answer, in general, I saw this option before, but I did not know that it is also Glico 2 for lichess

What do you think is the equivalent of 1300 chess.com in kyu degrees?

My guess is: roughly equivalent to 10k OGS.

This is my attempt at an overall go-chess rank comparison table: