Could someone post a link the results of the survey that doesn’t go through reddit please?
I have that site quite thoroughly blocked, in numerous ways, for productivity purposes

or just the image: 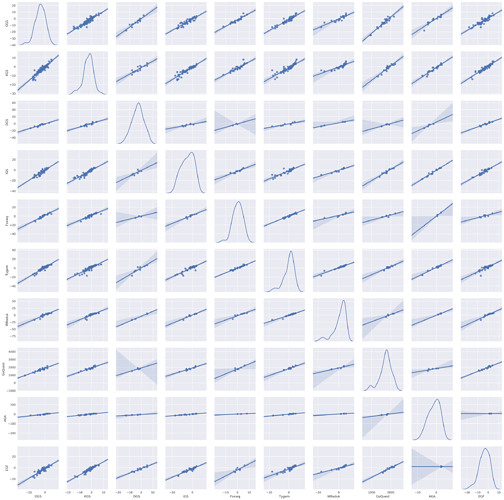 We are glad OGS passed through your diligent defenses

Thanks Adam, much appreciated

Haha, yeah, I seem to be able to keep my go playing at healthy levels but reddit has been an endless time sink for me in the past.

Yes, yes! Keep lying to yourself

I can’t figure how to read those charts. Could someone please help me?

The essence of the analysis is in the tables at the end: https://idex.github.io/go-rank-survey/go-survey-results#A-combined-table-of-mean-and-standard-deviation-of-ranks

Go to https://idex.github.io/go-rank-survey/go-survey-results#A-table-of-rounded-mean-ranks for a straightforward rank table.

I would hazard a guess… that the large discrepancy (apart from being based on very limited data) is due to the fact that Japanese rating is usually club rating, and clubs, in my experience, are basically islands of elderly people playing only amongst themselves, whereas EGF rating is highly competitive in that only tournament games count toward the rating. These tournaments can, but usually aren’t that small so the player pool and therefore rating pool is subject to decent cross-pollination. A Berlin 1k is prooobably going to perform similarly to a Paris 1k, whereas “igo kaijo A’s” 2d might lose horribly to “igo kaijo B’s” 3k.

Here are the factors contributing to the Japanese amateur ranks, especially around 1d, being so inflated.

As a natural consequence, inflation and regional rank/strength disparity (the more the number of pros in the region, the weaker 1d’s are in the area) became ridiculously large, and most of the serious Go players in Japan are quite aware of this situation.

So kyu/dan system in Japan mostly has lost its meaning, and people rely on other methods, such as Points Rating System (https://senseis.xmp.net/?PointsRatingSystem) and its variations, to find good opponents to play. I was a bit surprised to find the Go Salon in Nihon Kiin HQ building using this Points Rating System several years ago thinking “Hey, this is like their own admission that kyu/dan system is not working”.

That makes so much sense. Thanks a lot for the detailed explanation and background info!

Next time I’ll play a game at the Nihon Kiin club for sure.

The system in Japan described by Tokumoto seems a lot like the old papal indulgences in Europe during the middle ages. Done anything heretical lately? A word with the right cleric along with some cash could definitely smooth it over. I wonder if the Japanese pros hear confessions from amateurs. Bless me sensei etcetera.

Hi, 4k KGS here. Just played in Japanese amateur tournament held by Nihon-Kiin as shodan, with 2 wins and 3 losses. My impression is that they average 3k KGS, which probably means their ranks differ by 3 stones between online ranks.

Thank you for the info. Was the tournament held in Tokyo, or somewhere else?
As I stated, regional disparity is huge, and the info is more meaningful with location.

Yes, I played in the Takara Shuzo Cup Tokyo preliminaries held on 12-13 May at Nihon-Kiin Headquarters.

Does anyone know why the OGS-Japan and OGS-Tygem correlation plots look to be higher order fits than the rest of the plots?

First of all, correlation relies on linear relationships. Given the logarithmic tendencies of learning curves, it is probably wrong to assume that the difference between, say, 15k and 14k is the same as the difference between 6d and 5d. Second, when you’re comparing different servers’ ranks, you have to deal not only with both server’s internal (differently~) nonlinear rank progression but also circumstantial factors - different population, playstyle, time settings, rating algorithm, rank projection, etc.

It is almost two years since the last survey, should we do another survey to update it?

I vote yes. What do others think?
I have no clue how to change the name of the poll but,
What should we do?

Sorry for the unoriginal names, but I didn’t know what names to use.

As if this were a question…