Go vs Scrabble- which is better?

Which is better and why? I think Scrabble is better because you use using words, so it’s actually, like real. In go your putting stones on a board, so it’s kind of pointless. I mean I’ve learned some useful things just playing a little bit of scrabble. For example, I never knew that AAL was a word. Now I do. Where does studying shape and tesuji get you in the real world?

Kind of pointless? I certainly don’t feel that way. Because it’s such a simple game (put stones on the board and try to surround each other) in many ways, go is a projection of your self–your personality, your feelings, your likes and dislikes, and everything. It’s a game of pain and desire and unfulfilled needs and wants, so much so that the game itself is kind of an analogy for life. In go, greed is punished, balance and patience are virtues, and passivity is death. I can think of no other game that engage such ideas with such an elegant way to track improvement. I’ll take these things over the definition of aal any day and twice on Sunday.

Anyone who gets a lot of joy from words such as aal will probably prefer Scrabble to Go. I suspect most people on this website would complain that your comparing a game of words with a game life and death!

Hear hear,
Go is a silly game with little to recommend it to intelligent people.

I personally have been campaigning to convert OGS to an othello server for the last year. I think we can use most of the same graphics, and I firmly believe that our users will prefer playing othello once they adjust.

We can even keep the same logo, and rebrand to the “Othello Gaming Server”. 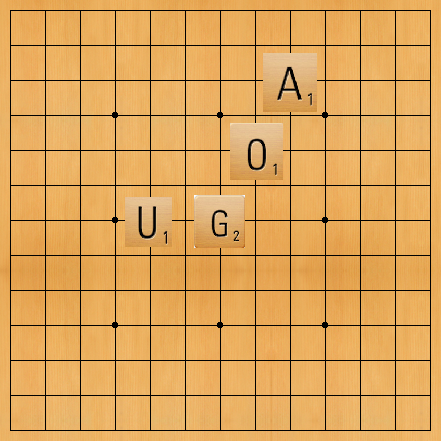 Did we play it right? 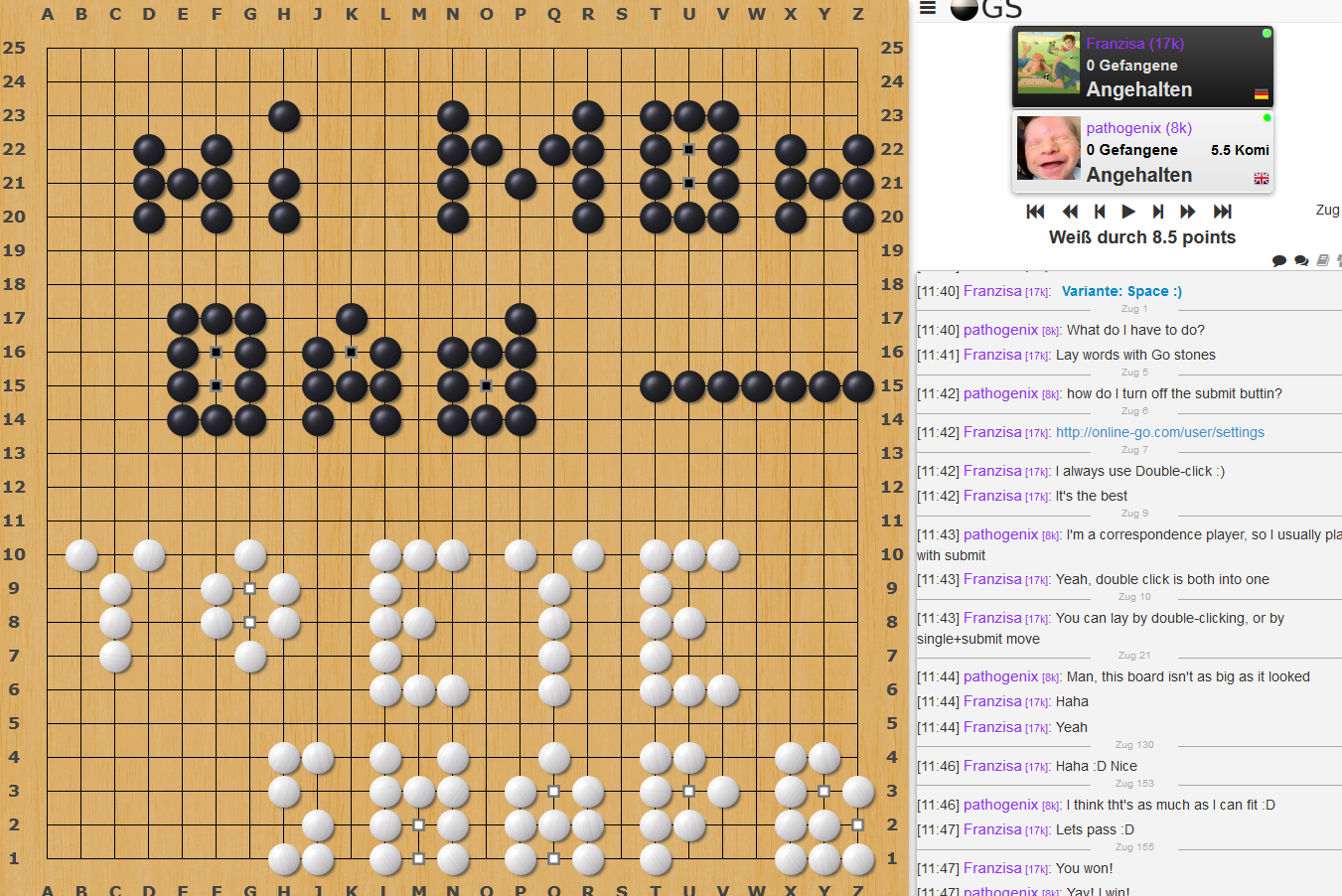 At least in Scrabble you can see what letters you have. In Go, what’s the letter value of a given stone? You could be playing all consonants and never know it! No wonder it’s so hard!!! You don’t even get Double Shape Points when you manage to play on Tengen.

Scrabble is obviously inferior because it is biased against the illiterate.

I agree with @pathogenix. OGS should be converted to an Othello server. Segregating the black and white stones is inherently racist. Therefore, each game of go is a micro-aggression of racism. We should not be in the business of racism.

Othello promotes racial harmony and the illiterate can play. It’s a win-win-win ala Michael Scott.

It’s philosophical and makes no bones about being an abstract game.

I have no idea how scribal – or whatever it’s called – would help me think through a real-life situation.

The hardest problems I face are on the goban. My real-life problems may look a little intimidating at first glance, but, logically, they are no sweat. Given the history of this game, I can’t be the only one who sees the game like this.

SDK on KGS. DDK on OGS. Pro level in life.

If you want to compare with another game of skill that can help out in real-life situations, talk about poker. My brother is quite the poker player and I have nothing but respect for that style of thinking. Scrabble, not so much. In fact, not at all.

What do you hope to accomplish by trolling?

I think this whole thread is a huge troll den.

Please kindly teach me what Aal means, I can’t find the definition in dictionaries. There might be a chance I will be converted to Scrabblism after knowing.

Oh… so it’s German. Thank you very much!

Now that I think about it… Scrabble is probably better because you use using words, so it’s actually, like real. In go your putting stones on a board, so it’s kind of pointless. I mean I’ve learned some useful things just playing a little bit of scrabble. For example, I never knew that AAL was a word. Now I do. Where does studying shape and tesuji get you in the real world?

There is no reality. You (and the rest of the universe) are just fantasy constructs of my imagination.

I’m reliably informed than an Aal is a variety of East Indian shrub, handy if you’re talking to an East Indian horticulturist, or you just have too many vowels in a game of Scrabble.

SENTE - a monetary unit of Lesotho
(So you have Sente, you are rich!

GOBAN - another word for GOBANG
(So we place our stones on another game???

GOBANG - a Japanese game
Related Words: GOBANGS
(What are Gobangs???

Gobang/Pente is a five-in-a-row variant, where you can take off 2 pincered stones. (In case anyone wondered)