Help us beta test the next version of OGS!

Hello everyone… we’ve been working like crazy on the next version of OGS. This is going to be the 4th major version of online-go.com so we are calling it 4.0.

The first point above is obvious but why the second one? We have been working on the site for over a year now… we started out as nova.gs and merged with the original OGS in October of last year. We’ve realized that there are some things that we wanted to do different and better. We also realized that a lot of the bugs we have been encountering had some common themes and we wanted to fix those and provide a stronger foundation for building more features that our users have been requesting.

We also wanted to provide an api into our system that other programmers can use to integrate into OGS and to build awesome things that work with it. No other Go server in the world does this. We know that other software developers and programmers have good ideas and would be well served with a platform to work on, so we are extremely excited about what the future holds in that regard.

So how can you help? First… we need to make sure the new site works as good as the old one so go here:

You’ll need to create a new account as this is a totally clean system. Also, be aware that from time to time we may purge the database and start over. Nothing that happens on the beta site will ever make its way over to the production system.

Now, we still have a little work to do… the things that we know about will be highlighted in bright orange. In the coming days we’ll be fixing those up.

I’d like for all bug reporting and discussion to happen in a new forum category that I’ve created just for this purpose:

Lastly… we are looking for programmers and developers who want to get an early start and help us test out the api. Currently the API is fully browseable from within the web browser by going to:

The best way for you to access it from within your own code will be to integrate into our oauth2 authentication scheme and for this you’ll need a client… we haven’t quite finished up our development portal so if you are interested in this please contact me and I will create a client id and secret for you. I’ll also have the development portal up fairly soon but we can go this route in the meantime.

This topic is now pinned. It will appear at the top of its category until it is either unpinned by a moderator, or the Clear Pin button is pressed.

Cool, matburt! Thanks! When do you guys rest?!?

Who needs rest when you can be building something awesome?

Hi, i playes a game on the beta, a few things:

Pass, Resign, and the Undo button should be one click away, not hidden somewhere in the menu.

The scoring in the non-beta was easier to follow. during the scoring process, please always show the score,

but overall, it looked great!

It went to a black screen.

It’s down at the moment for some work… I’ll have it back up later this evening.

Is the server up right now, I just get a message saying “Error connecting to the game server! You won’t be able to play any game or receive any notifications until the connection can be reestablished!”

Hi there @nomadfarmer everything is working normally right now. Are you still having trouble? If you are does the main ogs site work okay for you?

The layout of the site all loads in with the word “loading…” near the upper left. After about 5 or so seconds the error message I quoted before appears across the top of the page.

Can you open up the javascript console in your browser and tell me if there are any errors? Do any other browsers have the same issue?

In chrome, I get this:

I just tried firefox for the first time. I get the same behaviour and a similar error message when I dig:

Actually in firefox there are a lot of errors before that one, but they had a different color coding and don’t seem related to my problem:

Are you using an unusual port for the connection, different than the main server?

on mac 10.8.5, when using safari 6.0.5 the board shakes back and forth when loading.
sometimes it takes a few seconds to settle down, sometimes it doesn’t seem to
settle down at all. the outcome seems to be determine by the browser window shape.
some shapes are very shaky, and some are pretty stable.

firefox visibly takes multiple passes to figure out the layout, but they are ‘monotonic’,
in the sense that they done go back and forth

chrome just seems to snap into a new configuration, but it may just be fast or deferring
the screen update

it looks to me like sizing decisions are being made iteratively, and there is something
about the safari js implementation thats telling it to shrink when it computes where to go right after expanding and so on

The main page section doesn’t appear on the iPad along with game notification and event notification counters Can text board notes be added please?

Hi there @NeilZeBub what type of ipad is this? Can you take a screenshot for us? 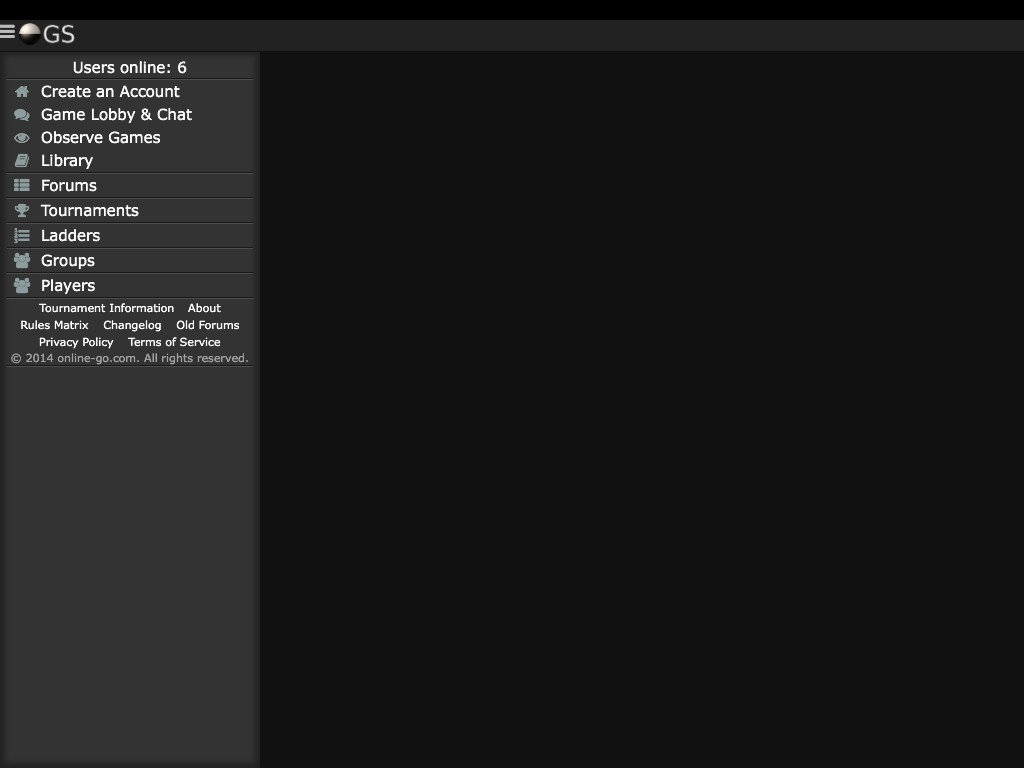 Safari displays the page fine but if you add a link to the home screen you see the image attached. 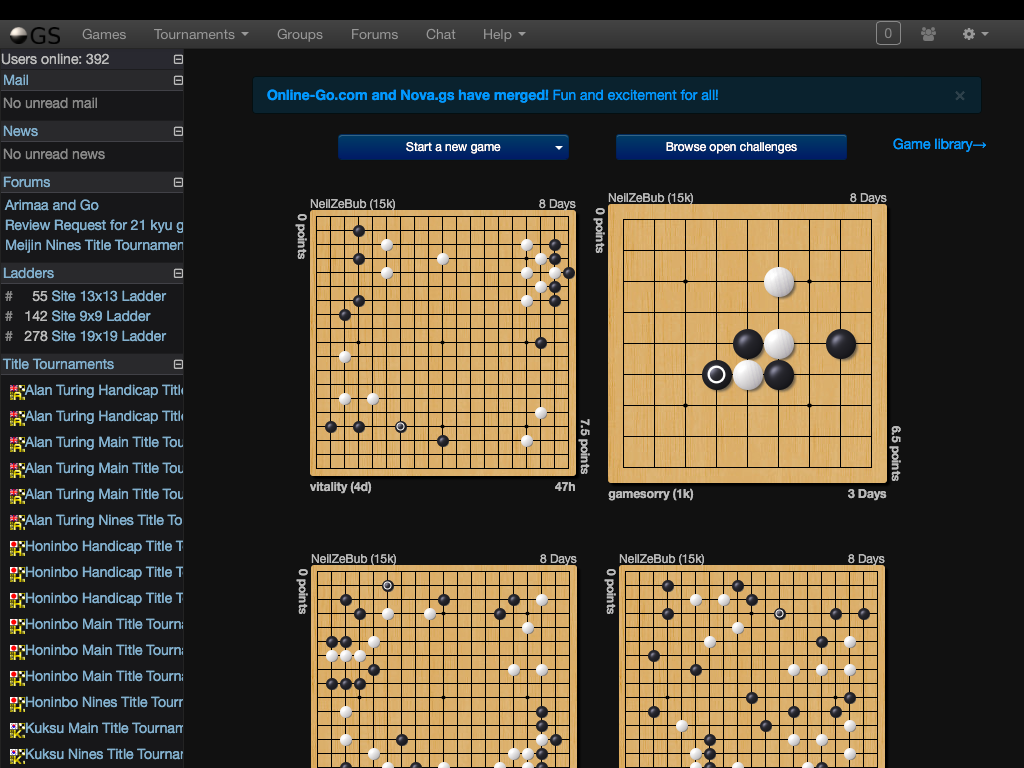 This is how the original site displays from bookmark on home screen.

Had some issues with the correct rank. filled in when i created the account, but somehow it didnt register for accepting games and for the chat. So i went to settings and forced to reload my rank agian, and refreshed… now the chat also has the correct rank. that work around seems to have worked… havent played yet …

When I started playing around, I found that I couldn’t resign or anything.

also had trouble giving myself rank 30 sining in, it went only to 20