History of the English pigs oppressing the Northern haggis-eating, caber-tossers (A Discussion)

and I wouldn’t call Scottish “English” either haha but fair enough point taken, I did forget that cough dialect.

The UK is a union – England never owned Scotland.

To say that England owns Scotland is like saying that one state of the USA owns one of the others.

Then again, I realised that this statement is deliberately de jure in nature. The political, economic, anmd regnal centre of the UK is London, the capital of England, so the statement that England “owns Scotland” does have a lot of de facto truth. An important difference, though, is that Scotland has retained its own legal and educational system.

The UK is a union

I’m not talking about the UK, I thought England ruled over Scotland for a time before they regained their independence?

Was clearly talking in the past tense.

I can’t recall that. What time period are you thinking?

They also had a brilliant motto:

However, we have to ask whether the Protectorate can be identified with England. I’m not sure that it can, any more than the United Kingdom.

sometime a while before their monarchs converged (with king george?) IIRC but I don’t have a good mind for dates… I could be mistaken, but it was my impression from somewhere

sometime a while before their monarchs converged (with king george?)

The (First) Acts of Union were passed under the reign of Queen Anne, in 1707.

The Acts of Union (Scottish Gaelic: Achd an Aonaidh) were two Acts of Parliament: the Union with Scotland Act 1706 passed by the Parliament of England, and the Union with England Act passed in 1707 by the Parliament of Scotland. They put into effect the terms of the Treaty of Union that had been agreed on 22 July 1706, following negotiation between commissioners representing the parliaments of the two countries. By the two Acts, the Kingdom of England and the Kingdom of Scotland—which at the ti...

but it was my impression from somewhere

Screenshots/photos/oil paintings or it didn’t happen.

You may be thinking of William the Conqueror’s “harrying of the North”, but that was made against Northern England, not Scotland.

Harrying of the North

The Harrying of the North was a number of campaigns waged by William the Conqueror in the winter of 1069–70 to subjugate northern England, where the presence of the last Wessex claimant, Edgar Atheling, had encouraged Anglo-Danish rebellions. William paid the Danes to go home, but the remaining rebels refused to meet him in battle, and he decided to starve them out by laying waste to the northern shires using scorched earth tactics, especially in the city of York, before relieving the English a...

Hmm, there was a regnal union between England and Scotland going back before the Civil War… but I think it would still be misleading to say that England owned Scotland.

Rather, England and Scotland just shared the same monarch. The UK shares a monarch with Canada and Australia (and the rest of the Commonwealth realms), but the UK doesn’t own those countries.

but the UK doesn’t own those countries

* anymore, they did before we gained independence…

There is also this:

after 1130, parts of southern and eastern Scotland came under Anglo-Norman rule (the Scoto-Normans), in return for their support of David I’s conquest.

David I was the “Prince of the Cumbrians” and later “King of Scotland”, and the Anglo-Normans were “the medieval ruling class in England, composed mainly of a combination of ethnic Anglo-Saxons, Normans, Bretons, Flemings, Gascons and French”.

Does David I represent England? Are the Anglo-Normans identifiable with the English?

You see how the questions become ones of opinion. 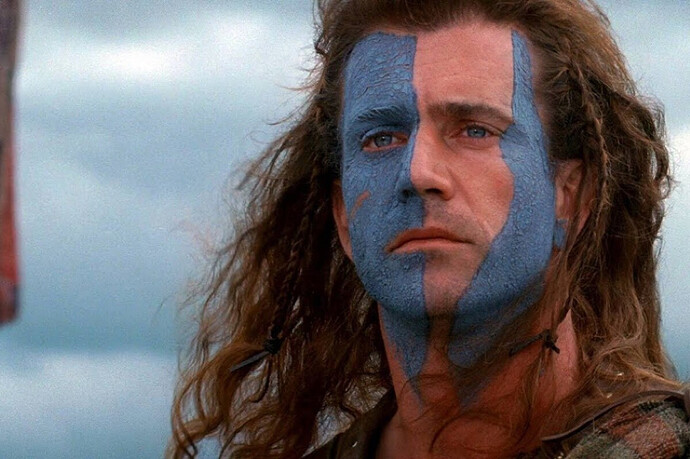 I was expecting a funny caption… 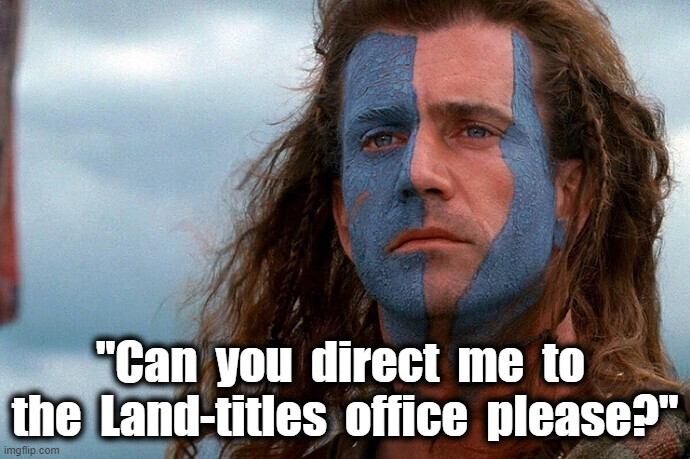 However, I was also hoping and happy to see that the blank template would inspire some memes.

All very topical though given elections coming up and Scottish independence being a key issue, if not the main issue.
There is a bit of a feeling in some circles that we are moving towards the end of the UK the way things are going.