How is rank calculated?

How is rank calculated on here? I drop them quickly (nothing major, never manage to stay at 23k long) when going on skids and was just wondering about how it is calculated here and what is needed to climb/drop rank.

I do not understand the math fully, but if you are interested in the system used check here: https://en.wikipedia.org/wiki/Glicko_rating_system

Thank you for the info! Yeah its bizarre I seem to drop ranks quickly after single losses, very demotivating but just need to get better.

Yeah one of the downsides is that it starts players at 13k which is sort of a middle rank, but obviously not correct for begginners… And since the uncertainty for new account is huge (obviously) the changes are very fast.

But it just needs a few game to stabilize

and then it will even start growing, which will feel rewarding

Yeah haha I played master mantis a few times at the start to practice and was confused when I couldn’t play because of rank difference. Dropped me right down but yeah I just jump between 23k and 25k pretty rapidly thought it would be harder to jump and drop rank.

I just jump between 23k and 25k pretty rapidly thought it would be harder to jump and drop rank.

In my experience, ranks in the 20’s is quite volatile because many of the wins/losses at that level are due to simple reading mistakes (the old “I didn’t notice those stones were in atari!” problem.) Once you get past that particular class of mistakes, you will quickly rise above 20k and stay there.

lose against a much stronger opponent and your rank rises but so does your uncertainity, because it may just be a fluke (the other way around the same obviously)

Is that really what you meant?

thanks I will fix it

FWIW, my rank has been oscillating between 9 and 5k currently … a few wins, and I was at 5k, a few losses, and I was back at 9k again … I must say that I don’t really care much … it even feels more relaxed for me when my rank is a bit lower so I don’t have a reputation to defend

Another thing that confuses me is the tally on the board of beating stronger/weaker opponents. I beat players occasionally who are one or two ranks ahead of me but it tallies them as weaker rather than a stronger opponent. What qualifies as enough ranks ahead to be stronger?

don’t get too obssessed with your rank though, it brings suffering.
It rises with wins and lowers with losses, more I do not know. 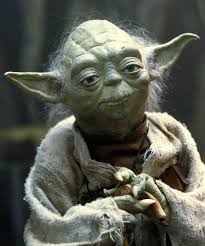 Greed is the path to the dark side… greed leads to loss… loss leads to frustration… frustration leads to urge…urge leads to suffering!

Moreover, the chart seems not so reliable…

I have some doubt on wins/losses chart reliability. Please see the image: 3 wins vs. weaker opponent not showing in the histogram. The same for the 2 losses vs. weaker opponents. Is it a bug? [Immagine] I noticed it since august 2017 after the changing of rating system. At that time many had doubts on the new ranks but I can’t imagine if the two tings could be related.

Haha good advice! It is a nice feeling though hitting a new high rank. Hit 22k for the first time today which is exciting. Hopefully shows improvements!