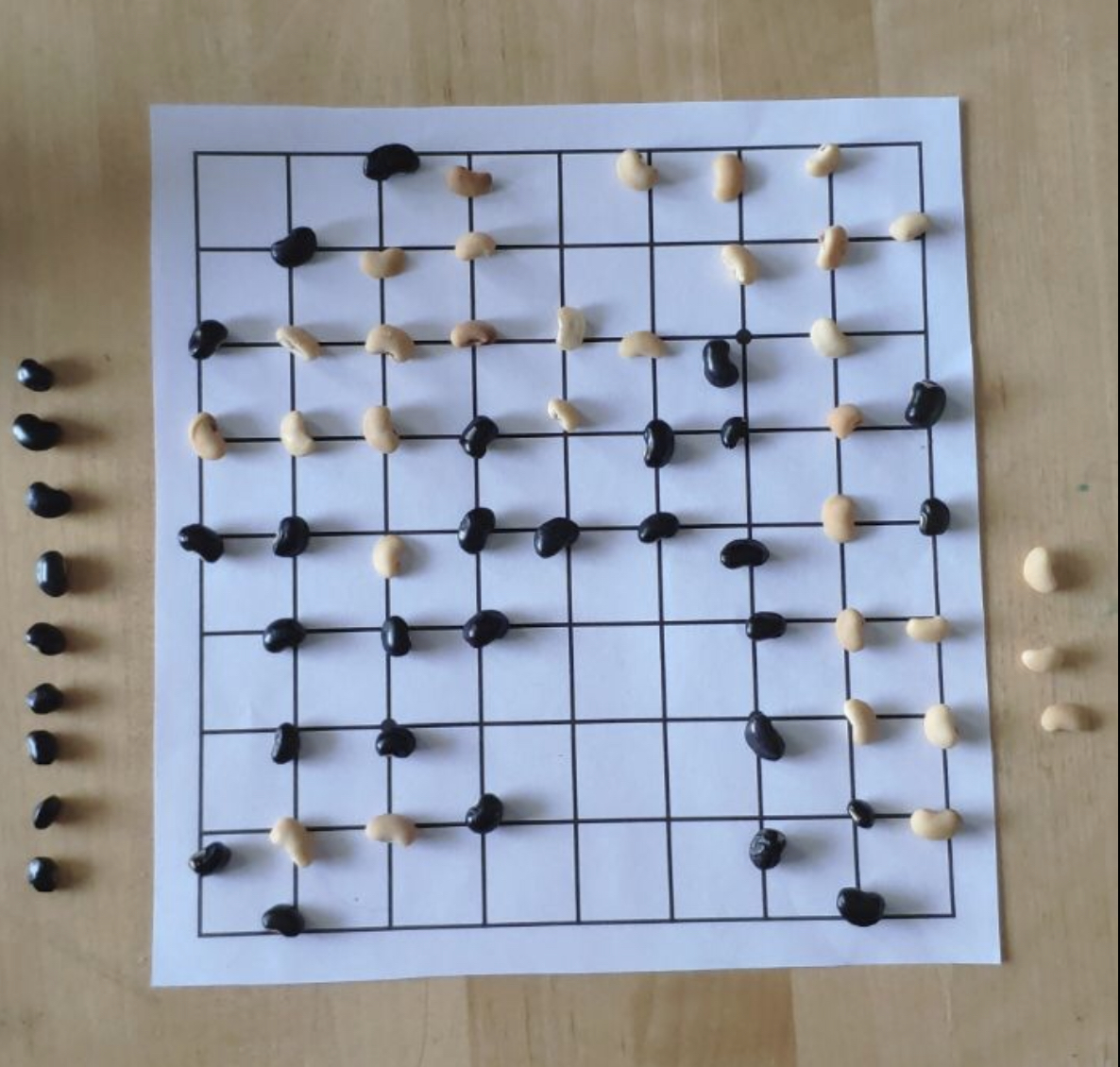 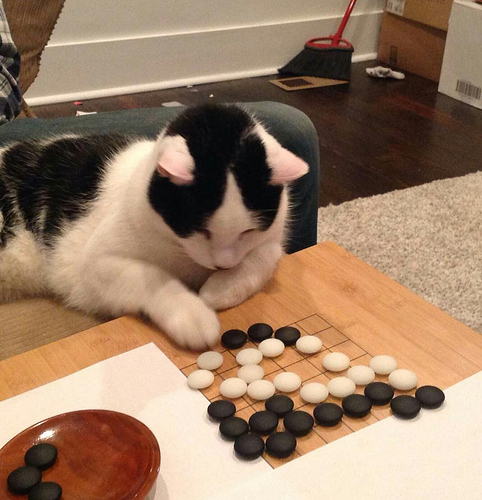 You could also read a post about it but you’ll need to google translate (unless you won’t) https://gofederation.ru/blogs/posts/424270076 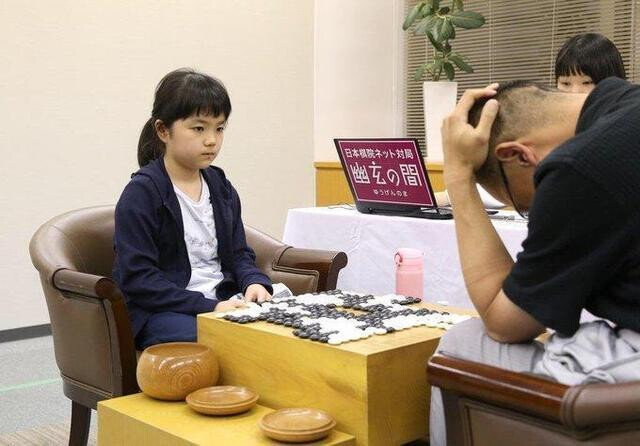 My OGS photo in its full glory.

Crossposting from the highly regrettable post by @yebellz at Visualize go this way, instantly make it 30 times easier to count - #22 by yebellz 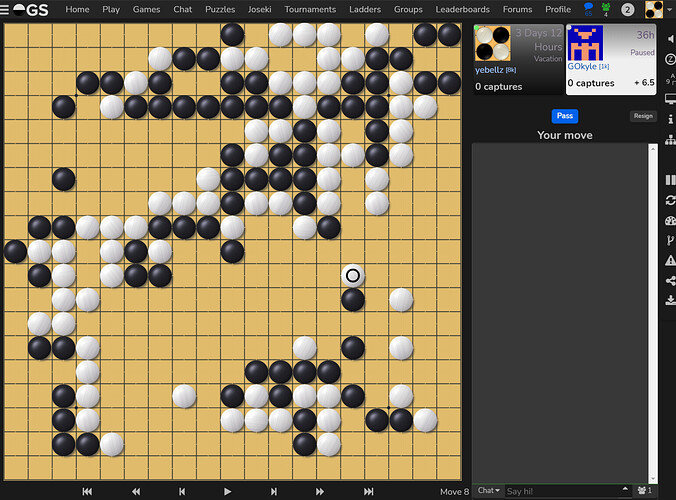 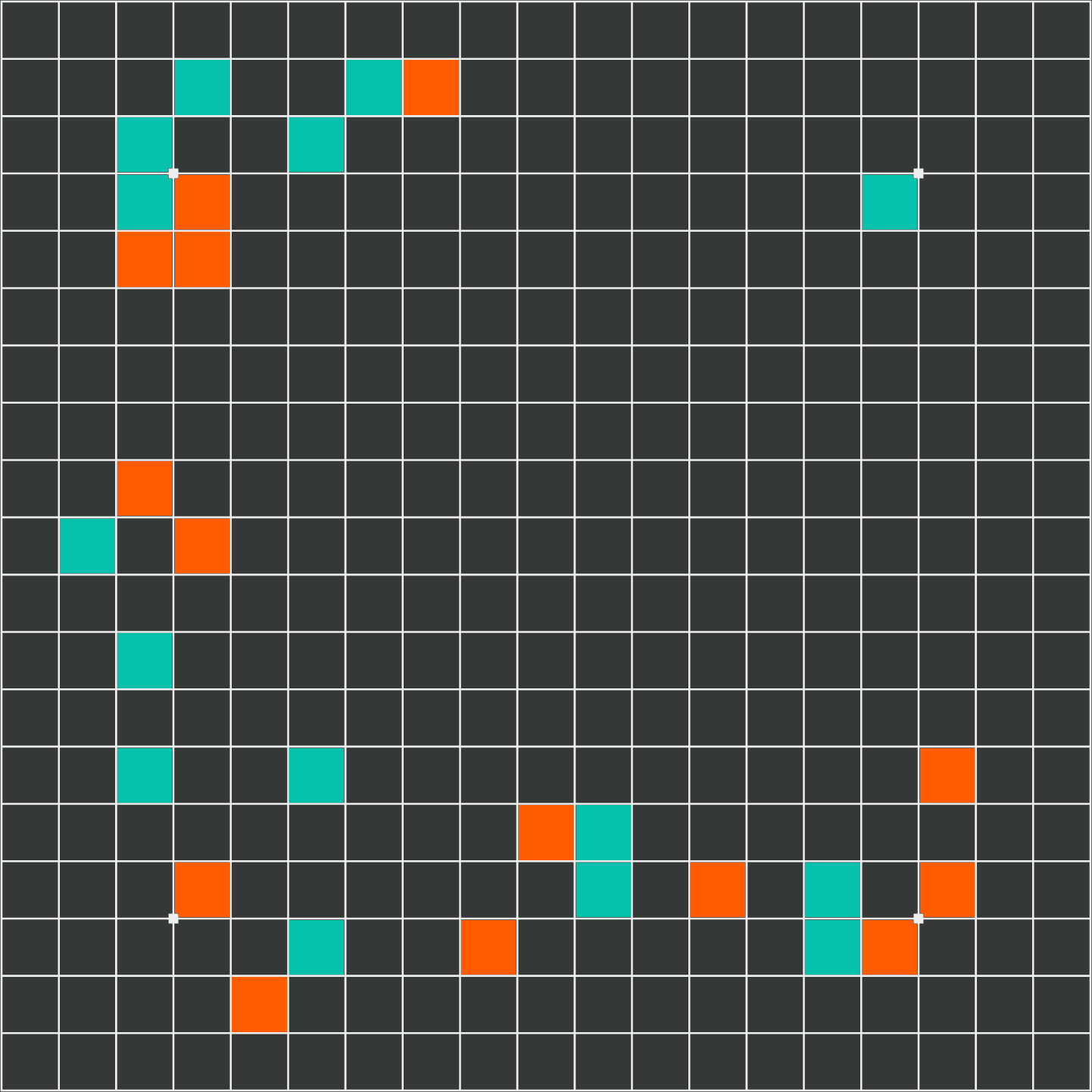 This should in meme. Just sayin’.

This should in meme.

No one is stopping you…

Hey, I have been using this pixelated finished game as my profile picture for a while.

I will be the face of the hypermodern Go.

surely the dot should be in the middle of the square

This issue was brought up in a response to the similar post:

However, upon considering it further, I preferred the way it looks on the intersection. Since we are deliberately diverging from tradition, I put it there to instead highlight the importance of all four points that surround it (33, 34, 44). Also, this type of landmark is also seen in shogi, despite the playing pieces in the game being placed inside the squares.

Dropping the side and tengen hoshi was done for convenience and also in reference to modern fuseki’s emphasis on the corners.

The star points should not be points at all, but star… squares. Instead of a dot, the squares could be marked with a square border inside them. The marks will be helpful for seeing the middles of the sides and tengen, which easily get lost visually.

They could be called the earth squares!

Note that the star points already are little squares. I’m not too sure exactly what you mean by a square board inside.

I kind of like how a more direct sense of the center of each side and tengen are missing in this scheme. It creates a feeling for me that only the corners are more firmly grounded, while everything else needs to be found and felt in relation to what we build from them.

Star points could also be squares with a different colour. As in traditional board, they will be hidden by stones played on them.

As in traditional board, they will be hidden by stones played on them.

Again, the whole point is not to be beholden to tradition, but instead challenge classical aesthetics with a modern design.

In a conventional board, the grid lines are also gradually covered by the stones, since they rest on top. However, with my design, the grid lines remain visible, and even the hoshi being overlaid on top of placed stones gives the impression that the stones are filling within the grid, or maybe even visually seem below the grid.

As a happy accident of how I generated the image, there is often a thin dark line between the color of the stone and the white of the grid lines. This is due to how an SVG was rendered into discrete pixels, and then bucket filled with the stone colors. However, I kind of like how that turned out since it subtly enhances the perception (by giving hint of a shadow) that the grid is above the color of the stones.

People will have differing and varied preferences, and I don’t expect everyone to like my design, of course. However, it’s interesting that much of the commentary has focused on these type of issues rather than concern about the stones not being centered on the intersections of the grid.

rather than concern about the stones not being centered on the intersections of the grid.

This isn’t an issue anymore since your first picture.

Yeah, that’s in Ichigaya station, I’ve been there! Apparently the Nihon Kiin is just around the corner (although I didn’t know that at the time)