Incorrect rank flashes before being corrected?

last game (6k vs 4k), the game opened and showed our ranks as 12k and 10k respectively.

game before that my rank showed as 7k before reverting to 6. this first time i was so appalled i failed to notice if my opponents rank also changed

it doesn’t really bother me, I just thought it was curious.

(oh, sorry, this looks like a dup, but I can’t delete it)

Today OGS is very slow for me. Is it the same for you?
This could be the reason for being able to see something that is always there but usually unseen…

The rank is quicker than the eye Support

At first I thought I was hallucinating, but I did it again and again and it’s just as I saw the first time: my opponent’s rank suddenly changes after the page is loaded! Here is the game: My opponent now is 11k. I click on the next game (circled number on top right) then I click the “back” button on my browser and while the page is loading the rank is 12k, then suddenly becomes 11k. If I just refresh the page, the rank is always 11k. Isn’t that weird?

i have seen it several times too. my 5yku opponent shows as a 15kyu. i was shocked for a second: you trashed your rank over night and now trash mine?!

I was behind and eventually lost the game. 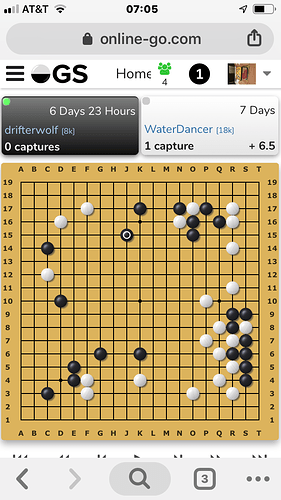 caught a screenshot on the phone this morning. my opponent is 5kyu 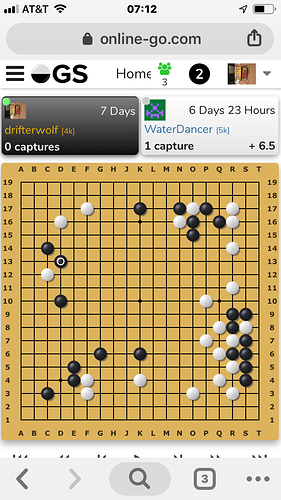 There are many places on OGS where a strange text is presented before the right one.
Did you notice that tournament pages opens up showing different settings? Then, after a glimpse, they change to the actual settings.

Also in first @drifterwolf image his name is blue, not gold.

I don’t understand the reason for that, but looks to me like a double effort to load weird stuff and then the good one.
Conversely, it’s probably a way to save time that I don’t dig.

My educated guess: If you use the OGS API to retrieve player data, there are many ‘rank’ fields, each with a different value. Some of it are for ratings on different boards and time controls, but there are multiple conflicting generic ‘rank’ attributes as well. Since ogs has been through a rank system change, I can imagine the amount of work needed to remove the old attributes and setup. Thus it probably makes sense to keep the old setup in place and replace the old rank data (fetched from an older code) with the new rank data through another API call.

Broadly, the rationale for this sort of thing happening is to load the page quickly, from locally cached (*) information if possible, then touch it up when the slower to arrive information gets there.

The “game history” list on our profile pages is the most obvious example. There is no cached information about that (OGS doesn’t try to remember all that in the browser) so the table is rendered empty to start with, then when eventually the server has compiled the list of your games, it loads them.’

In the case of rank, it is likely cached. So you are seeing a very old version of what OGS thought the rank was before the server fetches the actual rank.

An obvious quesion is “why do I see a wrong rank if I’ve never seen that player before”. I don’t know the specific answer, but I can say that caches are wierd

Also for informations that we expect that will change often, as rank or tournament settings? That sounds weird. Fast but very inaccurate. 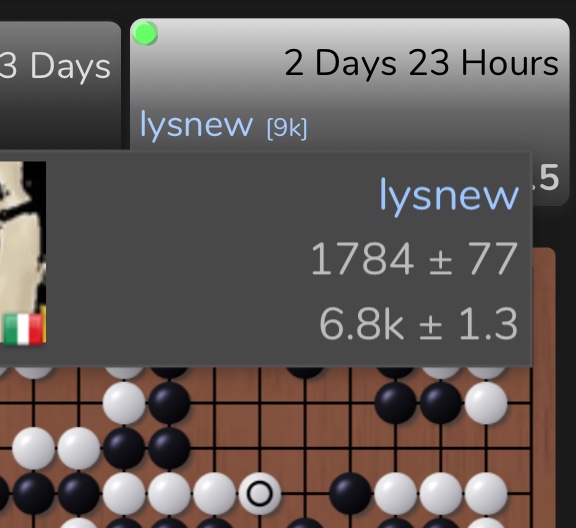 If you have bad internet like me, they can get stuck.

Personally I like to imagine that server flashes your real rank to remind you what you really worth. It shows a pretty accurate real life rank for me.