I recently observed that the player rank info in SGF files (BR, WR) is incorrect. This is somewhat annoying, when you share the SGF with other services. AI Sensei even makes fun of OGS by saying:
“OGS stores incorrect kyu ranks in SGF files. We fixed them automatically, but you might want to double check.”

My rating was 1kyu at the time, but the SGF says 29kyu…

Thanks for looking into it!

I’ve noticed the same.
Not too bothered by it, as I only download the SGFs when I know I messed up a particular fight and want to analyse it after the match with lizzie. But would be nice to have it fixed.

This topic has been raised on the forums about once every three months for at least eighteen months, perhaps as long as two years or more.

Nothing is ever done to fix the bug, and everyone has recognised that there’s no point in complaining any more since nothing ever happens as a result.

Eventually a dev will probably arrive and say that it’s not their currently highest priority but that a notice has been made on Github, and discussion will be left there; the thread will bump down the forum and eventually be locked, until the next one is made.

You might as well ask when the jigo win bug will be addressed.

Are the ranks in downloaded SGFs ever going to be fixed? OGS Development

For probably well over a year now, the ranks in SGFs downloaded from OGS have been wrong. There have been several threads about this. Just a few minutes ago I wanted to download an SGF from the game page and post it to GoKibitz for review. On the game page my rank was displayed as 9k and my opponent’s as 2d, both with no question mark. But what did the SGF say when I opened in up in Notepad, knowing I’d have to fix it? That I was 26k and that his rank was just “?”. As far as I can tell, the r…

Note how that thread never even received a response, despite my bumping it back up after a month. 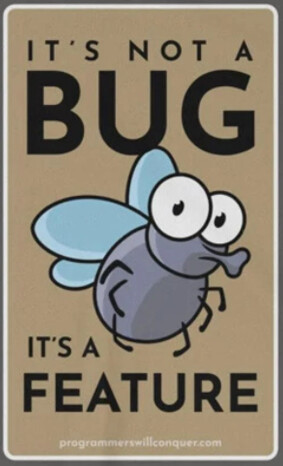 I assume this is at least partially a sarcasm, but yeah. We know about the bug, it’s a backend issue, so only anoek (our single - as in the only one, he is taken, ladies - developer) can fix it.
I know it’s not the answer you are looking for, and I understand the frustration (there are some particular issues that bother me personally too), but yes, developer’s time is limited, and it’s his “business” to decide which issues/features he feels the most urgent.

AI Sensei even makes fun of OGS by saying:
“OGS stores incorrect kyu ranks in SGF files. We fixed them automatically, but you might want to double check.”

it’s a backend issue, so only anoek (our single - as in the only one, he is taken, ladies - developer) can fix it.

While you’re correct that it’s currently done on the server-side, I think there is enough information provided by the API that we might start doing this on the front end. So provided there is an eager developer, we may not have to wait for anoek to build this.

See this nifty python script as an example of someone who has constructed SGFs on the client side: A script to export OGS puzzles as sgf files

Anoek might want to prioritize this now since OGS is hosting the Paris open tournament and the organisers require SGFs to be submitted for each game for verification, anti-cheating, adding to EGF database, etc. Could be embarrassing if all the SGFs have wrong ranks. Plus, seems like it should be a relatively trivial fix?

This should be fixed now, sorry for the delay

Thank you for your hard work

Nice one. Thanks dude

Thanks, that’s great to hear. I removed the workaround and warning from AI Sensei now