Is there a resource for explaining the scoring phase to beginners?

Of course there’s the FAQ section, but I feel that it’s not simplified enough for most total beginners to understand.

And I’m not sure making it even more detailed would fit the purpose of the FAQ.

Is there a resource, perhaps a thread here in the forum, that I can point beginners to when they get confused about the scoring phase?

thread here in the forum

I can point beginners to when they get confused

I don’t know how others feel about this, but maybe it’s one of the things that would be easier to understand with a short video (screen capture)?

…Do you know anyone who has the tools and the will to produce such a video?

Where the mouse points etc

Our FAQ is a bit out-of-date, and not so accurate or detailed. However, it is a wiki, so that everyone can make edits to help improve it.

I mean on OGS, but for beginners it would have to be a resource that explains both things in a simplified manner – it doesn’t have to delve into the confusing details of scoring with Japanese rules, just some quick guidelines good enough for beginners – I’m asking because I’m not confident I could even produce a clear explanation of it myself, so it would be great to have a resource that people agree being simple enough for them.

Edit: actually, it doesn’t have to be a resource produced for OGS specifically – most Go software AFAIK uses a similar system, so most people should be able to adapt their knowledge anyway. The important part is that it should explain both the purpose of scoring and how it works in a generic Go software, and do both things in a way that’s clear enough for beginners to understand and operate on.

When you and your opponent are both done making moves, you “pass,” and the game goes into a phase where you need to decide who won and how many points they got. The computer can help you count the points, so you don’t have to do it yourself every time. But sometimes the computer might make a mistake, like thinking that some of your stones are dead when they’re actually still alive. That’s when you can click on the stones to change what the computer says. But you need to be careful and make sure that you’re clicking on the right stones and not trying to cheat your opponent. If you’re not sure, you can ask a moderator to help. Once both you and your opponent agree on the points, you click the “Accept removed stones” button to say that you agree, and the game is over. But if you make a mistake or can’t agree, you can go back and keep playing or ask a moderator for help. And remember, once you click the accept button, the game is finished and you can’t change it anymore, so double check everything before you click!

You don’t have to go back to the game if you make a mistake. Just click the autoscore and start the scoring over.

When you and your opponent are both done making moves

The “incident” that prompted me to ask this question was exactly a situation where two beginners passed prematurely (with some potential territory not enclosed), but didn’t mark the correct stones as dead.

So such a beginner needs to be explained both when passing is premature and what to do after passing.

Actually, here’s the link to that situation: 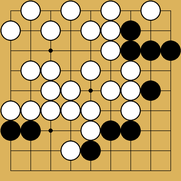 And in chat you can see my “quick and dirty” attempt to correct their misunderstanding.

EDIT: and just to be clear, most explanations I see out there about passing just say “When you don’t think there are any more good moves to make, to end the game both players pass their turns” (copy-pasted from here) or something like that.

One problem is explaining the difference between resigning and passing, I’m starting to see that many beginners, probably mislead by explanations such as this, decide to pass “when they don’t see any useful moves” but without their territories enclosed, because they realize they cannot win whatever they do, but then they should resign instead, or imho proceed to close the borders up would be even better.

Actually that’s part of the doubts I have. I would tell beginners to just click on autoscore, but is it possible that the above situation was created by autoscore?

The context is someone making a mistake while correcting the board. Clicking the autoscore starts the process over. No more, no less. Where is the problem?

I think teaching beginners not to pass before the borders are closed is the most important point. 95% of the scoring problems I have seen were caused by that.

Here is a video on how to score: 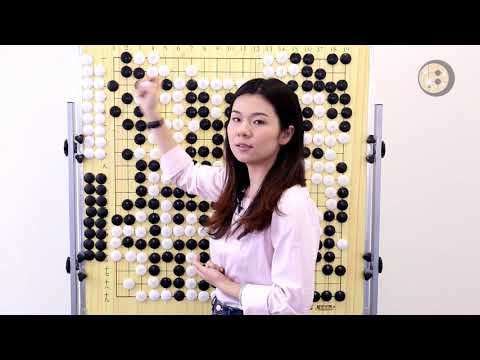 The main problem is most beginners don’t read the documentation. So whatever is there is kind of moot. Obviously it should be complete and accurate, but that does not really address the issue raised by this thread.

A problem already seen in this thread is that it mixes two different issues: how to score and the mechanics of scoring on OGS. It would be better to keep these things separate if one wants an orderly discussion.

I meant making a mistake like passing too early or failing to close a border.

Absolutly. Closing boundaries is where starts the difficulty. How to help if not with an admin? This help should be limited to full beginners and that is excluding already some automation we could build using AI (Like pointing undefined areas) which would very easely abused. I don’t see how we could avoid human intervening for help.

For scoring with chinese rules (inspired by real life) i opened a full tutorial which i hope a beginner can follow.

Someone asked me a tutorial about how we count a game in Chinese rule. (He’s going to have to IRL.) The very first thing is to understand what we want to do. We are going to count all together, meaning the stones and the emptyness in the middle of the stones. We count only for one color and then we can see if this color occupies more as half of the board, or not. [Screenshot_2021-09-10-18-10-35-36] Here the game is finished. We remove the prisoners to the stock of stones (bowls), prisoner…

Scoring is very complicated. Cause a person who is starting wouldn’t necessarily know what border is. When I was starting it didn’t make any sense. Like, why would I even agree that my stones are dead. The whole scoring seemed stupid (and before that I actually won some games so I had some good experience at the beginning). But scoring was a big turn off and I gave up on go after 7 games and just never played again. This is how I didn’t learn how to play go.

It’s quite rare that beginners will not forget some pieces of the boundary, it’s like a ritual in go clubs to ask them to search where and complete it. So no wonder if noone helped you that you got bored.

When I was starting it didn’t make any sense. Like, why would I even agree that my stones are dead.

I completely agree with this.

If we made Chinese rules the default instead of Japanese rules, you wouldn’t need to agree that your stones are dead. Your opponent can capture them for real.

Japanese rules are good irl between experienced players, but for an internet server where beginners are playing unsupervised, they are terrible. The players are expected to magically guess which groups are dead or alive without ever actually playing the sequences out. That doesn’t make much sense.