BesoGo does have a delete branch button, but it was removed when I cut out the tools panel. However, I will add this into the navigation control panel instead.

one initial confusion I had was that yellow meant “there’s a stone here at some point” but that stone could be either color.

Possibly? I missed that part, well I skimmed over it because it already happened, and jumped into the web version

Definitely possible. I guess I’m somewhat conditioned when thinking of joseki to think of black has these stones, white has these and not so much “a stone is here”. I guess not hinting with the colours is a little bit more like

Although trying todays one I’m more confused. I’ll keep guessing but I’ll post some here that I just don’t understand. Maybes it’s the mirrors and rotations kicking in?

that might help a lot to understand the mechanic of it. Lets assume I’m familiar with wordle or some other joseki game, but I haven’t read the forum discussion and was maybe linked by a friend

Edit: minor things aside, I’m pretty excited for this, and it’s pretty fun, I just want to figure out how to start using the hints to work toward the answer

Although trying todays one I’m more confused. I’ll keep guessing but I’ll post some here that I just don’t understand.

Maybes it’s the mirrors and rotations kicking in?

if you see a

symbol next to the hint, those hints are coming from your submission rotated/reflected. if it’s absent, the hint is based on exactly the position/sequence you submitted.

I first included this because I thought it would be useful, but then I removed it because I found it confusing… however, I added it back in before posting the link because I found some bugs in the rotation/reflection code. so I’m definitely interested if people think this is useful or not, and how generally to handle rotation/reflection in the puzzle design. it seems to me like something that it really should take into account, like these two guesses should really be evaluated the same? 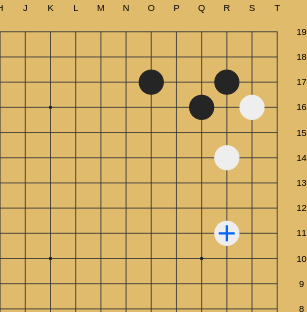 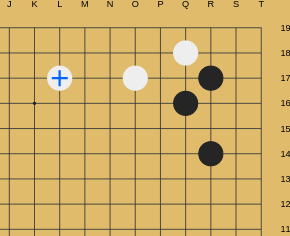 however they’re actually not (at least for puzzle #1 or #2, can’t remember what I was testing), they produce different “strings of hints”, without the

symbol
this is because the code tries to match exactly, then reflects and matches. it then compares the resulting hints, and shows you the “better” one, in other words one with more greens/yellows. but these two have the same number, just different order. I added this “scoring” matcher because it was the only way I could think to compare matches after reflection.

I’ll try to restructure the code a little bit with some comments and post it, and if others have ideas or can find bugs with it, maybe we can make the reflection better. I think it’s a bit challenging to get right…

Yeah I think that makes sense. Once I tried a guess and saw the rotation symbol it made more sense.

I guess it’s too tricky otherwise to get people to play the sequences without a convention and even then.

this is because the code tries to match exactly, then reflects and matches. it then compares the resulting hints, and shows you the “better” one, in other words one with more greens/yellows.

I can imagine a situation where you try to guess a joseki and in one guess it gives you the unflipped score and the next, somehow the mirror is closer or better in score and then that throws you off.

I can’t think of a simple example immediately though, maybe something where the guesses are very wrong? Maybe even only one move in common with the right answer. If it doesn’t come up practically though, then it probably doesn’t matter.

I think the possibility of rotations make it a bit tricky to indicate on board hints. One would also have to adjust the stone positions to show how the game rotated or reflected them. Maybe just avoid rotation and reflection altogether, but instead follow conventions about how solutions must be oriented, like first move is always by Black and within the polite triangle. Until symmetry is broken (after the first move played off the diagonal), subsequent moves in the solution are also within the polite triangle. However, the user can place joseki in whatever rotation/reflection they want to on the board. Eventually, when input checking is implemented, we would have check whether any rotation/reflection of the input is found in the joseki dictionary.

sometimes the best solution is the easiest

@michiakig, I’ve implemented on board hints and marking up the tree to indicate hints. Also, I blocked submission of empty and duplicate guesses, and allow hints to be generated for guesses beyond the length of the solution. Pull request sent, but you can see a live version here: Josekle

Color palette and graphic design still needs to be polished and reconsidered.

The yellow is far too near the green (on the tree).
Quite nice besides

Yeah, the colors are kind of awful and garish. I really need to play with those a lot, and reconsider the color design of everything as a whole. Those colors are just a quick placeholder. Luckily, they are just specified as easily changeable values in the CSS file.

I really need to play with those a lot, and reconsider the color design of everything as a whole.

may I suggest trying to match wordle colors as a nod to the inspiration?

I will post about this very soon, and folks can help collecting harder/longer joseki
it won’t be that hard to just have a separate pool of these, but curating them is what I need help with

Yes, I would love to make the original palette work. However, one difficulty is getting the yellow to have enough contrast with the board background. In the concept mock-up in the first post, I made the board white specifically to use the Wordle green and yellow, but maybe a flat white board isn’t that great. Maybe the colorblind colors will work better over a natural board. 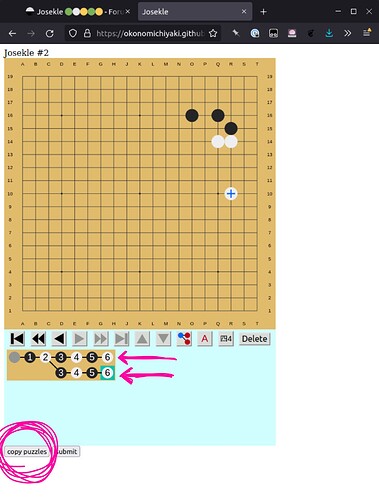 Just for some extra inspiration, here is the color theme used by ordel.se: 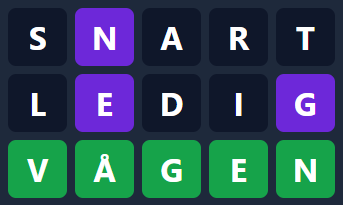 There is no colorblind option, the default mode is already colorblind-friendly (at least for my particular colorblindness). This has the advantage that you eliminate confusion when discussing the game and sharing your results.

Not sure if these particular colors will look good on the goban, but since only two different colors are needed I certainly think it should be possible to find a theme that both looks good and is distinguishable for everybody

I also like flat styles, and @antonTobi’s color suggestions to design for colorblindness by default is a great idea. Another consideration is the dark theme… Let me give that a try as well. From @Vsotvep’s multicolor Go tool, we also have a nice colorblind-friendly palette.

I wish to declare that I’m not a flat-style lover, it’s just easy to implement