Does anyone know why words like guardian are spelled weird like that through “u”? Gardian seems close enough.

This is why we have spaghetti, from Italian, and guardian, from French.

However, modern French orthography seems to be to only use gu to code a hard G in places where it could be soft, ie. before I or E, like in guile; whereas in older French it appears that it could also be used in other situations.

This is why we have English guardian but Modern French gardien.

To add on that: the gu in French, Italian and others is often an indication for a Germanic loanword, in which a [w] sound had to be adapted to Romance phonology. This gives guerre, corresponding to “war”, guêpe to “wasp”, guetter to “watch”, gué to “wade”. Also Guillaume to Wilhelm, Gaultier to Walter, Guy to Wido.

ward | Etymology, origin and meaning of ward by etymonline 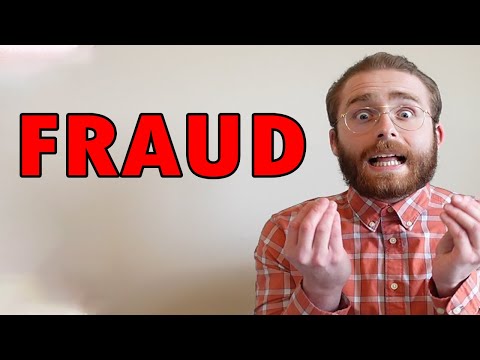 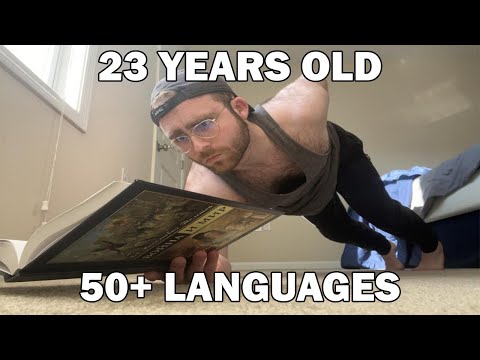 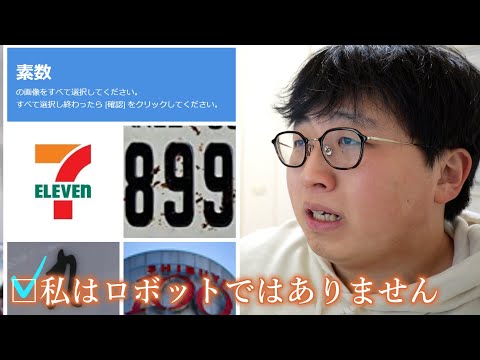 Funnily enough, I haven’t seen a captcha like this (sadly, I’d love seeing that

), but I have regularly encountered something similar for passwords to zoom meetings, or for phone numbers, or stuff like that.

I specifically remember once that the password was described as “the axiom of set theory starting with the letter F that is commonly used to prove in ZFC that there exists no infinite descending sequence of sets ordered by set membership”.

Also, his last joke is great, such a simple question, yet these kind of problems are famously hard to prove. However, this part of mathematics is home to some beautiful nonconstructive proofs.

For example, the polynomial

has the roots x = π or x = e, thus since its roots are not algebraic numbers, its coefficients cannot be all algebraic numbers. Hence at least one of (e + π) or eπ must be a transcendental number, but it doesn’t tell us which one it would be, or that both would be.

I only got 高尾先生はお酒と馬がお好きなイメージありますね heh. And something about Takao building territory while attacking. And Fujisawa Rina is 妹弟子? I’m pretty oblivious to the whole Santa-Barbara with who was teaching who, I don’t know exactly what it means.

Teaser for their archive video 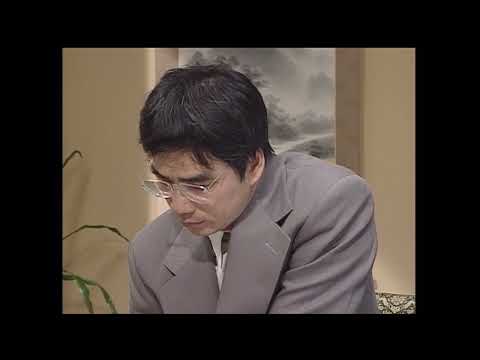 Some day I’ll buy their subscription and gonna watch all their programs. If I manage to live to that point.

I liked how before they offered one-time tickets for some games but no more it looks like.

wait, so the channel is called shogipremium, but it is about Go as well? How much does the subscription cost by the way? 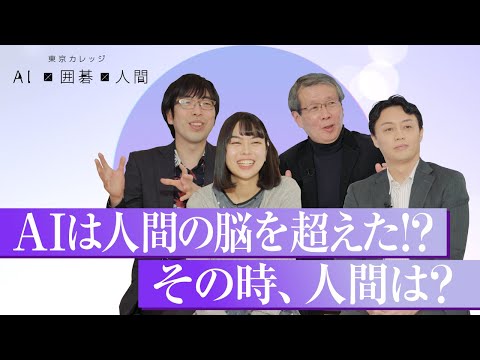 Talk show about AI with Ueno Asami and Oohashi Hirofumi. Too bad I don’t understand anything.

I’ve noticed that her little sister Risa seems to have become popular on Japanese youtube.

I saw this video popup as well but I don’t know enough to keep up. I’ve started to notice Ohashi’s name more. He gave a lecture in English for Nihon Kiin Overseas describing Dosaku’s shoulder-hit, Shusaku’s anti-shoulder hit, and Go Seigen’s preemptive shoulder hit. He also wrote the book that analyzes Shuwa and Shusaku’s games using AI. And now he was interviewed for this AI video.

I had a great totally-never-thought-of-yet idea. I never really cared about English speaking skills, after all who am I going to speak to? My cat (that I don’t even have right now)? But it wouldn’t hurt, would it.

One could go to an English meet-up of sorts but that’s a terrible idea. Most likely there will be other learners like you with horrible accents. Your ears are gonna bleed and you’ll learn bad habits.

Instead, how about making a youtube video. But not only that, play a game in my third language (Japanese) with simultaneous translation to my second (English). That way I practice Japanese comprehension, English speaking, translation, presentation skills, I can listen to myself and correct things. Plus, editing, audio and so on. That’s like 10 birds in one stone. They say chase two rabbits catch neither, but chase 10 and you’ll get at least a couple.

I’m guessing the latter (because there’s udibile and not audibile), but Wiktionary supplies both.

Sorry I wasn’t following this.
Both are ok, but I’d say they have a slightly different meaning, I’d use “inudibile” for something that can’t be heard literally and “inaudibile” for more theoretical meanings, like “it doesn’t deserve to be heard”.
They’re both not widely used words, though, and you can probably safely use them interchangeably 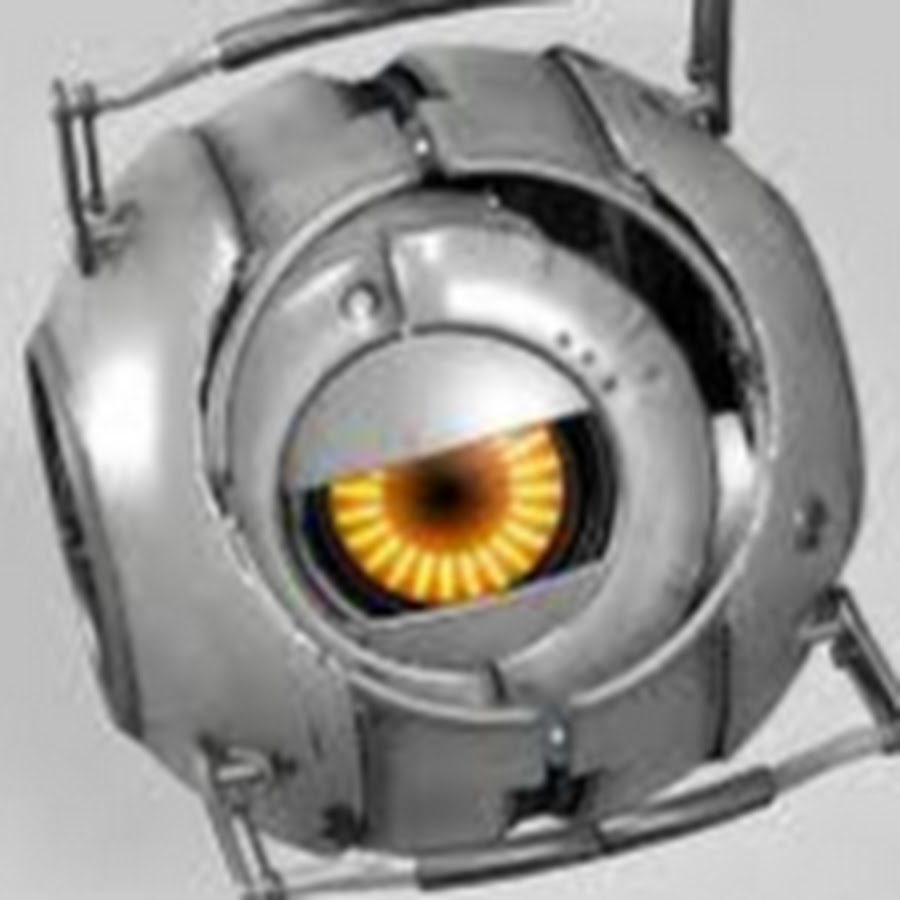 There’s this channel that does go videos with computer-generated voice. It’s quite useful because first of all, everything is subtitled so you can actually understand what’s being said. And it’s edited down so you don’t have to waste you time.

And another #2, they’re generous today

I want to emphasize that this game is commentated by Cho Chikun. Too bad I can’t understand Japanese, he’s a lot of fun.

Hey, I wanna offer you a video. It’s related to Ukraine but it’s not annoying politics. It’s about this Japanese photographer going to Ukraine to take photos. I like the style. Compared to action-filled videos a lot of people are drawn to these days, this one takes itself slowly, with pauses. Reminds me of some Takeshi Kitano movies where for some seconds he just stares into the space meaningfully. 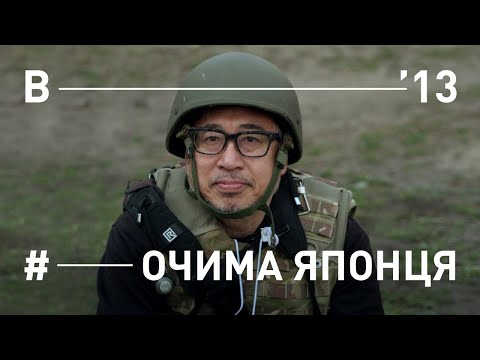 And it fits into language learning because he talks in Japanese but subtitled in Ukrainian. So you can practice both languages at the same time. And as someone who doesn’t particularly know either, I gotta say Japanese is easier to understand with Ukrainian subtitles; and Ukrainian subtitles are easier to understand with Japanese voice-over. Well, I see there’s a version with English subtitles too but what’s the fun in that?

Apparently he already returned to Japan and set up a photo exhibition and gives talks and such. You can google it on youtube.