Longest games (# of moves) on OGS

What are the longest games you’ve played or observed on OGS (edit: lengthiest by move count)?

I’m being intentionally vague; I don’t really care whether it’s rated or between especially strong players, but I think it would be most interesting if both players are at least, say, 10k. It’s hard for me to imagine games getting especially long for kyu players (who are at least strong SDK and are playing seriously!), though; speaking as one, I’d sooner take a bad exchange than enter into a double ko

Excellent job citing great references, while also precisely stating what you are looking for, in order to clarify the novelty of your question.

I should have given an answer to the latter, but I can’t dig into the former

I specified “# of moves” in the title, but I’ve edited the body to avoid confusion

I’m sorry.
I didn’t get my coffee yet.

I didn’t get my coffee yet 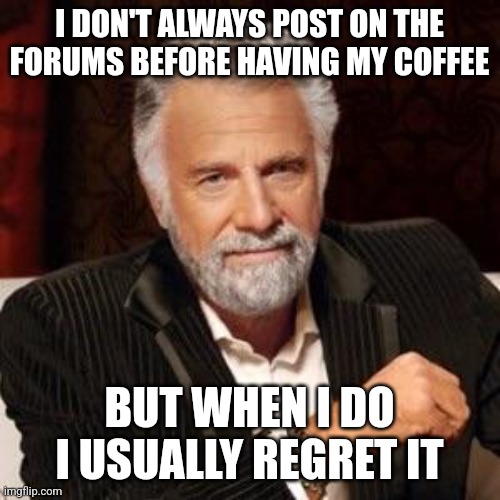 Well, I found my longest OGS game, and it’s not that exciting - Gooplet vs. Edhellan, 323 moves long. I don’t know why, but I wasn’t expecting it to be a handicap game.

I wrote a python script that called each game I’ve played and saved the total number of moves alongside the game ID in a list, then sorted them.

(Of course, I don’t know for sure that the linked game is actually my longest one, since I couldn’t figure out how to give the script access to my Private games, but I’m pretty sure there are only a handful of those, and they’re likely not so long)

Is this sort of frivolous use of the API frowned upon? I saved all the data locally so I won’t have to do it again. Getting that data involved over 1800 API calls, though I was limiting it to 2 calls per second.

StackOverflow would be proud.

Wait, was that a joke?

Here i was feeling all validated, meanwhile:

No you did good! StackOverflow is one of the most unforgiving Q&A forums in existence, so my comment was (supposed to be) a compliment

Since nobody told me it was a bad thing to do, I went ahead and did it again - the longest game Michael Redmond has played on OGS is 334 moves long

@Uberdude’s two longest games on OGS, coming in at 323 moves long, are from December 2011 and August 2012. Both really exciting, and definitely the most interesting “longest games” I’ve found so far!

do we count bigger boards too?

i think longest reasonable game i’ve had was this 25x25 game which took 528 stones + 2 passes to finish, total of 530 moves for 8.5 point game xD
(tho i’ve had some even longer ones where opponent has been basically just stalling >___>)

You’ve played a lot of 25x25, but you’ve had plenty of long 19x19 games as well… 362 moves against JBXKataBot is your 5th-longest game, followed by 361 (lol nicely done) moves against katrain-strong, then another 25x25. After that, you’ve got two games (19x19) against weaker opponents. Then this bizarre thing with Samraku, a bunch of passes, and a wild AI graph.

I initially didn’t specifically exclude 25x25 games from my query, but after looking through all of these… I think I will do so in the future. No offense to all of y’all who enjoy that board size, it’s just my brain starts to glaze over replaying them

Maybe I’ll rewrite my script to only include non-bot 19x19 games, since after gandering through a bunch of these, I’m pretty sure that’s what interests me the most. The question remains, though, as to whether to include handicap games, and games by players with a large rank discrepancy

Then this bizarre thing with Samraku, a bunch of passes, and a wild AI graph.

That was a game of Thue-Morse Go (see Thue-Morse Go Games list and Thue-Morse (Fair Sharing) Sequence: A possible alternative to komi?). Passes are used to implement a variant with a non-standard move sequence.

@Uberdude’s two longest games on OGS, coming in at 323 moves long, are from December 2011 and August 2012. Both really exciting, and definitely the most interesting “longest games” I’ve found so far!

Not particularly long, but my first game against zealot ended with an amazing go problem which I published in the British go journal and took Kim Youngsam 7d several minutes to solve. Exciting problem to decide a game • Life In 19x19

The one against nrx had a similar opening to a Gu Li game I studied, Gu Li did something amazing in the top right corner. I actually replayed that game when I played myself in a title match, but I can’t find it to link here as viewing my profile Uberdude hangs, I wonder is that related to the fact I’ve played myself so triggers some error on the server now (it used to be fine)?

I have SO MANY QUESTIONS

First of all I was wondering why your profile hangs, thought it was a problem on my end. The api still works fine though

Second - you could play yourself?? That was a feature?? When was it removed? That would solve the problem of the impossibility of live reviews on demo boards D:

Third - why are all five of your self-play games “ranked”? Did that change your rating at all? Also why are all these games listed as “r1”? They can’t all be round 1, right?

Exciting problem to decide a game • Life In 19x19

This problem is cool but also wayyy above my pay grade

I didn’t choose to play myself, but I was the current title holder for one of the OGS title tournaments, and then I played in and won the tournament to decide the challenger, so that’s what the tournament system did

. It was a best of 5 title match, each game starting a week later or something, so I suppose that counts as one round but 5 games.

viewing my profile Uberdude hangs, I wonder is that related to the fact I’ve played myself so triggers some error on the server now (it used to be fine)?