My opponent left, I waited 29 min

I don’t see an annulled game there though. 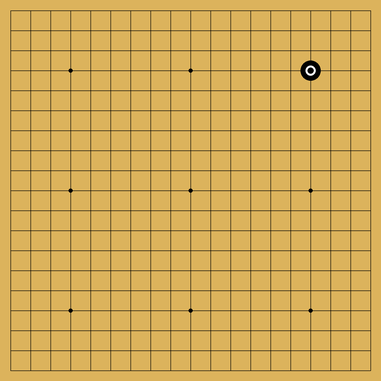 Ah, do you mean this one?

Since Black had only played one move, you still had the right to cancel the game with the cancel button, which wouldn’t have cost you any rating points.

For that reason, leaving the game after playing one move isn’t really considered escaping.

On a tangential note, I think a game should require three moves before cancellation, not two. Black has the right to avoid a wacky first move by White.

I don’t understand your reply. I was white. I will post a screenshot.

Will this mean that when one want to takes off …just do…and the game is annulled? No consequences?

Also, I think you may have some malware installed

I saw this game in history and it is odd. I think only a mod can answer as we do not have all the info.

However, I hope it’s not due to the the setting. 30 mins absolute seems harsh to me but people can check and not play if they are not happy with it. I suspect this might be the reason for getting a lot of games annulled after only one move.

But in this case the settings seem to have been accepted by your opponent so I hope that’s not the reason for the annulment.

Forum advised me to do the 30 min bc i do not know how to set up others. We each have 30 min to play which it makes it relaxed. However, some people play fast and the game ends earlier. I got familiar with it and I fee comfortable. All the info is there for people to decide whether they want to play or not.

There are rules. After several moves some 30 moves (did you see the screenshot?) the opponent disappeared and I did ot know what to do. So I waited around 27 or minutes for the opponent to return. She/he dd not and ACCordingly the computer made me a winner. I contacted the moderator so that he have a talk with him/her. He told me he was going to anull it, to which I refused. The game was over and the computer was correct. Hence, this makes me think that I could do the same and when I feel like it I can just take off and leave the other person waiting. I found it extremely disrespectful. It is no different when one is playing in persong…Would the opponent in the middle of the game get up without saying a word and leaves and one does not know if he/she is returning? HMMMMM

Hello, and sorry about the bad experience,

we do not use ranking as means of reward/punishement. The way we see it, rating’s only purpose is to provide the best possible estimate of player’s strength so people can have more or less balanced matches.

That’s why we in some cases annull timeouted games - when we feel that the player might start (be it intentional or accidental) to sandbag. It is simply to help settle their rank correctly as not to punish other players who could then be ranked against the player (who would then be ranked below their strength).

Mark (the responding moderator) did have a word with the player to avoid timeouts.

I found it extremely disrespectful

I understand, but whether we like it or not, we are not playing in person and even in this day and age, some timeouts are nothing more than honest technical issues with no bad intentions. Especially since your opponent was technically ahead (or rather the game was far from decided) it is quite possible there was no offence meant.

Sorry if he forgot to get back to you with an explanation, it is not common (hopefully) but sometimes we get distracted and forget.

What there an issue with the disconnection timer in this case? Surely it should have timed out after 5 mins?

Disconnect timer only kicks in if they close the browser tab, if they leave the tab open they haven’t disconnected, we have no way of detecting whether a person is actually looking at the board or not, just whether the tab is open.

Seems super odd to keep the tab open, not play and have the game annulled. I’m sure there is a good reason which I don’t need to know but certainly it should be explained in some way to OP I think.

certainly it should be explained in some way to OP I think.

Timeouts are not required to be explained. It may be a nice gesture but nothing we could enforce (or even have any way of verifying)

Seems super odd to keep the tab open, not play and have the game annulled. I’m sure there is a good reason which I don’t need to know but certainly it should be explained in some way to OP I think.

Might seem odd, but it happens reasonably often and with enough people who don’t do it again after being warned. Some users here are children, or are very unskilled in using computers, or just didn’t realise that escaping is rude, or just happen to leave the computer open and forget about the game.

Of course, when players keep timing out repeatedly regardless of being warned, we do follow up with a ban.

No I mean the decision to annul. It seems that someone accepted a game, played a bit, let the clock run down and so lost but then called a mod and had the game annulled.

Some users here are children, or are very unskilled in using computers, or just didn’t realise that escaping is rude

Which is fine, but also seems important to say something like this to the other player. Even if it’s just “I annulled the game, your opponent had a good reason, which I can’t share with you”. Better if you can say a bit more but confidentiality and all that.
At least explain why you have taken away someone’s win I suppose.

I believe it was explained to the OP:

I contacted the moderator so that he have a talk with him/her. He told me he was going to anull it, to which I refused.

The reason for annulling this game has nothing to do with the opponent escaping however: it was annulled to prevent distorted ranking, since the game was (a) not yet decided and (b) the player with the better position had lost the game. So it’s to prevent the Black player from being ranked too low and (possibly inadvertently) sandbagging.