Dreaming away after a game I thought of a new variant called No Touch Go.
So simple that I wondered if it not already existed, and so it did.

On wikipedia and sensei’s library it is already mentioned as No Contact Go.
From the wikipedia page on go variants: “In No Contact Go, stones may not contact enemy stones. After consecutive passes, players score their number of stones plus the number of empty points adjacent to only their stones. An even simpler variant removes the option of passing, and makes the player that has no legal move lose the game.”

Sensei's Library, page: No Contact Go, keywords: . SL is a large WikiWikiWeb about the game of Go (Baduk, Weiqi). It's a collaboration and community site. Everyone can add comments or edit pages.

Both pages do not mention board size. Just wondering: would this be a useful variant - on larger boards (19x19 and up) - for training one’s strategic skills? 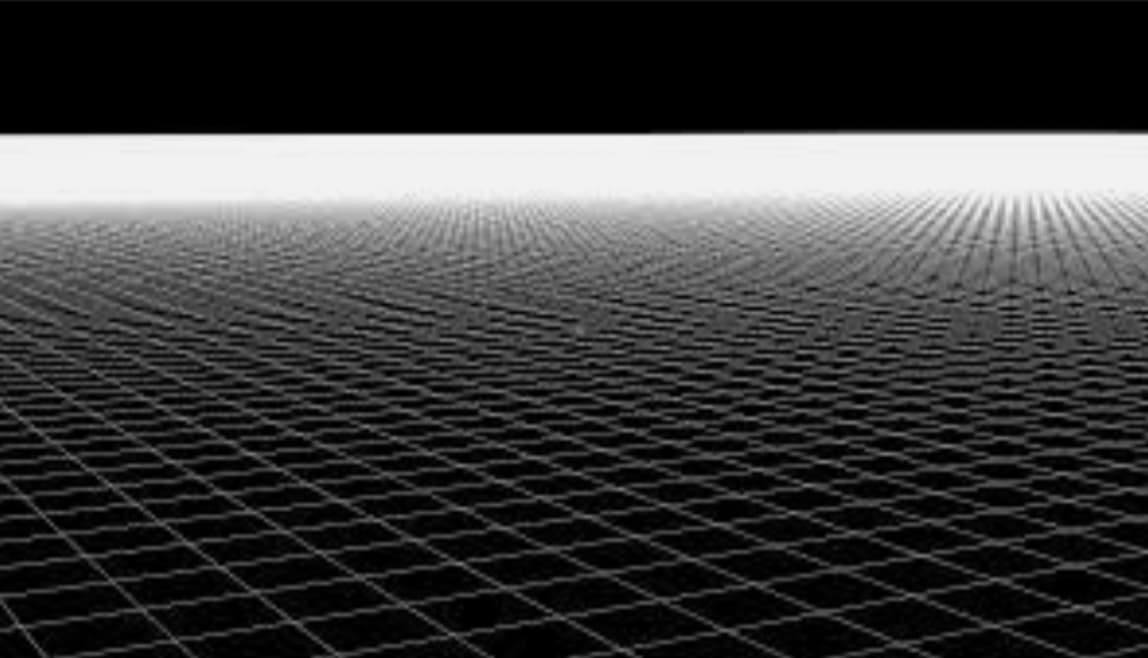 That’s a great idea, I’m ready to try it out

Actually, I think I have a winning strategy.

In essence it should be equivalent to that. It involves covering the board in plus signs.

I feel like it can’t be beaten though if you can’t touch your opponents pieces, can’t capture etc for odd size boards.

Or maybe it’s at least a draw with scoring - I can’t really picture all the configurations possible.

(Edit: you’re ahead on stones so suppose and probably with mirroring you match area adjacent to stones I guess - odd board sizes. Mirroring on even could maybe be a draw.)

I could be wrong, but that is a problem with a bunch of games with very simple rules, they usually have to work around that somehow.

I think you’re right, but it hardly matters where you place your first move, at least on square boards. If I’m not wrong, by just taking empty intersections that border with a maximal amount of empty intersections that do not border any stone around it, there is no way the first player can lose. The maximum number of potential points to be secured cannot increase after a move, so the best an opponent can do is play for a draw.

Mirroring is based on a similar idea, perhaps slightly easier to prove.

And what if we add komi?

I think komi only changes which of the two players has a winning strategy, but not make the game necessarily more interesting.

I’m on holiday now, though, I really haven’t thought long enough about this yet… I think there may be some interesting variants of this variant, but perhaps it’s all boring, I’m not completely certain.

This variant makes the capture rule of go obsolete, which is essentially the rule which everything else revolves around (at least that is my opinion).
I believe that this variant would play very similar to nim.

This variant makes the capture rule of go obsolete, which is essentially the rule which everything else revolves around

I agree. The only reason a player can claim a territory in go is their ability to capture an opponent who would invade that territory.

How about an AI-assisted variant?

Players are not allowed to touch the opponent stones, but the AI doesn’t know that (the AI evaluates the board just like if this was regular go).

There would probably be the need for an extra rule, such as “if the percentage of an intersection on which there is already a black stone falls below 25%, then this black stone is removed” (and likewise for a white stone above 75%), either during or after the game.

Another idea: the game consists of two phases. In the first, players are not allowed to touch. Only after both players have passed does the second phase start, in which a player may only play stones that touch opponent’s stones that were placed in the first phase.

Essentially, the second phase would only allow players to fill dame points and remove groups that can be captured, so the players still need to make two eyes to avoid capture.

I guess it couldn’t do much harm, since likely the only things left to do are filling dame and removing groups anyways.

Consider a position like this formed by the end of the first phase (assuming that the outside white group is fully alive and rest of the board is filled in). 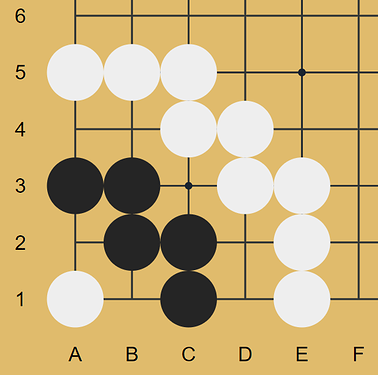 During the second phase, if Black has the first move, then Black should play at B1 and later A2 to remove that one White stone at A1. Even after outside liberties are filled in (at A4, B4, C3, D2, D1), White is not able to play at A1, since it is not touching any Black stones that were played during the first phase.

I somehow like that, it brings some extra weirdness with it

Call it a feature!

The main issue I would say is remember which stones were played in the first phase!

Collective development of a server for variants Go Variants

Users of this forum came up with some interesting Go variants which currently can’t be played on any server. Would anyone be interested in helping to change that? We could enhance a server that already exists or build something new. I’d be open to both approaches. Existing servers: Variant Go Server (thread, source) DipGo (love letter thread) MPGO (thread, source) Parallel Go (thread, source) Fractional Go Server (source) and probably more… Variants lacking a server: Go Battle Royale …

could come in handy. It could mark all the stones in the first phase for you maybe

The main issue I would say is remember which stones were played in the first phase!

I bet this won’t be too difficult.

Anyone who wants to try a game?

If you start merging stones and capturing it might, but maybe one could share a variation if using OGS where all the stones played have a triangle on them, or not even, just some way of bookmarking the position at the end of phase 1.

I don’t think there will be too many things left to do on the board that require remembering where the starting stones are, but it shouldn’t be too hard to check on OGS anyways. Sharing a variation in chat means you can quickly see the old board state by hovering over the variation.