When Ukraine shelled cities of Luhansk and Donetsk (since 2014, with estimated 14,000 civilian casualties), why there was not outrage against this war and show of support for people (mostly Russians) from these regions?
All people are equal, but some are more equal than the others?

What other war have you showed outrage against?

What other people have you shown support for?

Or we should only care when it’s about us, learn nothing from the past and keep repeating the same mistakes?

When was improvement outlawed and I missed it?

What other war have you showed outrage against?

I expressed outrage against all wars I witnessed, starting invasion of Iraq in 2003.

When was improvement outlawed and I missed it?

What you mean by “improvement” seems to be very selective.
When USA starts the war against anti-US regime, almost everyone is complacent, but when the war is started against pro-US regime - all the hell breaks loose. There is a word for this - hypocrisy.

Thinking everyone supports USA, there’s also a word for that, you know.

If Russia supporters cared more to fix their own wrongdoings than pointing the finger to America that would maybe actually solve something, but it’s not about that, is it?

Because guess who else is proficient in pointing the finger and not doing anything to fix their wrongdoings, and y’all are snatching that page right out of their playbook.

Well, that’s hypocrisy as well, but I guess it’s more difficult to see it when you’re the one doing it.

Hm, I guess it only counts as a war for you if it’s your mortal enemy doing it.

No word about the rest of the world I see. There’s other bad wolfs out there, you know.

But then you couldn’t deflect, it’s easier with just one whataboutism point, otherwise the dance gets too complicated.

Russia stands up and protects people from Donetsk/Luhansk regions, whose killing by Ukraine’s armed forces went unnoticed for 8 years. If international community was paying attention to suffering of those people, and pushed Ukraine to implement peace, it would have helped to avoid current war.

Russia stands up and protects people from Donetsk/Luhansk regions, whose killing by Ukraine’s armed forces went unnoticed for 8 years.

So… those people are more equal than others, and only those victims were worth protecting?

I see now you were sincerely perplexed when I mentioned “improvement”. Sorry, my bad.

The side who STARTS the killing bears responsibility - this is well known truth.
There was nothing wrong with fighting Nazi Germany, because they started the war.
The same here - Russia did not start this conflict (it began in 2014, when Ukraine started bombarding Donetsk and Luhansk regions with heavy weapons), but it is intent on finishing it.

it is intent on finishing it

I was going to respond but this just got me

PPS funny how your material starts and ends with US wars and 2014 Ukraine. It’s a dead giveaway.

Russia stands up and protects people from Donetsk/Luhansk regions

is that the reason why russia invaded that region in 2014 and killed thousands of ukrainians?

asking for a friend

Russia did not invade that region. In 2014 people of Donetsk and Luhansk did not recognize results of coup in Ukraine’s capital - and declared their independence through democratic referendum. It all started peacefully. Only when Ukraine’s armed forces came to occupy breakaway republics - military conflict began.
Please note - people of Donetsk and Lugansk did not come to shell Kiev. Exactly opposite occurred - armed forces sent by Kiev regime started to shell breakaway republics.

Russia did not invade that region.

Is that because it was busy invading other regions?

Is that because it was busy invading other regions?

It all started peacefully.

In 2014 it started by russian unmarked troops invading eastern ukraine and crimea, i wouldnt call that “peaceful” myself

But regardless how the war started, i just hope it would end soon and everyone could continue their life. Surely there will be good days to come, the future cannot be filled with just darkness and destruction, right?

Crimea was spared the fate which Donetsk and Luhansk went through. In Crimea indeed Russian troops went in, and this operation saved a lot of lives.
But Russian troops did not come in into Donetsk/Luhansk. If they did, Donetsk and Luhansk would be liberated quickly. Instead, the war there dragged for 8 years - exactly because Russia did not participate in it. There was some limited support from Russia to breakaway republics - in terms of equipment and “specialists” - similar to how NATO countries now help Ukraine.

Regarding your second point, I also hope for peace, every sensible person does. Current international law was broken by NATO bombing Serbia, then on and on it went - with invasions in Iraq, Libya, Syria, Yemen. This is actually scary, it reminds of sequence of events leading up to WW2.

Russia stands up and protects people from Donetsk/Luhansk regions, whose killing by Ukraine’s armed forces went unnoticed for 8 years. If international community was paying attention to suffering of those people, and pushed Ukraine to implement peace, it would have helped to avoid current war.

Do you have access to news reports about the “special military operation” that are not under Putin’s control?

You imply I am victim of propaganda. I read both Western and Russian sources. In fact what you read/watch these days in Western media is impressive example of Orwellian scale brainwashing. So the question can be reversed - do you have access to news reports which are not originating from Big Brother?

Who exactly is this Big Brother? In which country does he live?

Events of novel in question (“1984”) took place in Britain. But this novel represents West overall. Nowadays western countries seem to move exactly in that direction. You could see some troubling signs on example of COVID - how easily all kind of totalitarian measures can be implemented in supposedly free and democratic societies.

I meant, who would you say is Big Brother at this moment? Which person controls the media in countries with “supposedly” Free Press? 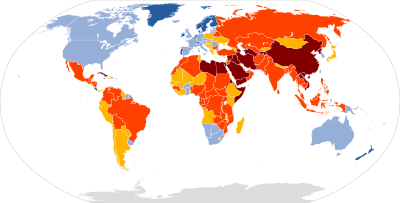 (Freedom of the press - Wikipedia)
Or is Wikipedia also under control of this Big Brother? A few years ago I heard that Putin wanted to create his own version of Wikipedia.