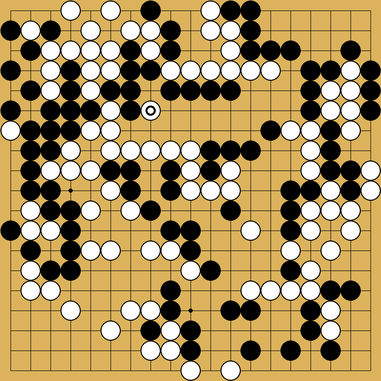 Game with @DGF.EELT will have to be rescheduled, something came up. Later the same day if it’s OK with them, or we’ll find another day.

Since I have a laptop again now, I’m again asking if @Samraku or @Notbiased or @ngothonghy would like to play our Board 2 games.

Going to be playing NotBiased on stream around 30m from now.

Edit: delayed due to tech issues, will be happening shortly. 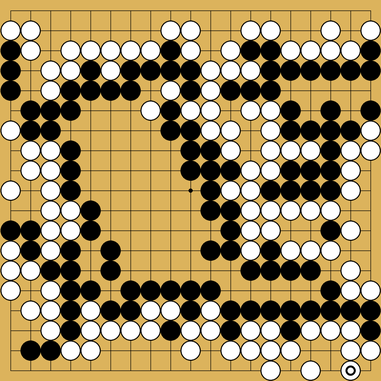 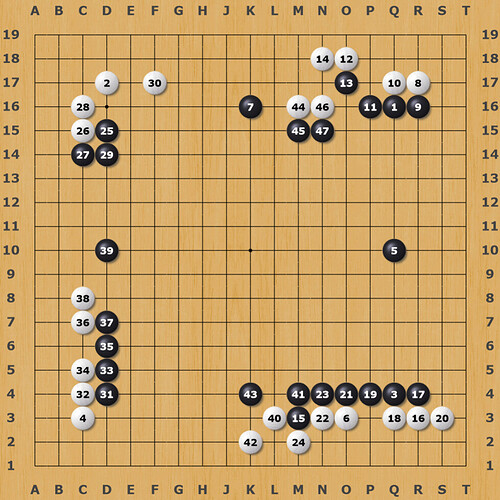 The opening was interesting.

It’s a komiless game and White is up by one or two points, according to the bot. Of course, point count matters very little in a position like this.

Since it is a handicap game, if white is up 1-2 point now, it pretty much means black is already lost.

I did not say that. This is what I learned from the first 10 pages of The breakthrough to Shodan.

My take is anyone can build a big moyo in opening. When one decides to take high position, the other side does not have any choice. It’s how to play after complicated and interesting.

Edit: I don’t think my opponent is coming… maybe @Chinitsu can help.

There are 47 game entries in the table, but all in all there should be 60 games right? So a lot of games are missing from the table …

I’m wondering which games are missing from the table, and have they already been played or not?

The game between waya_bimily and me was rescheduled to today but I forgot to update the table. Gonna share the game link as soon as the game starts 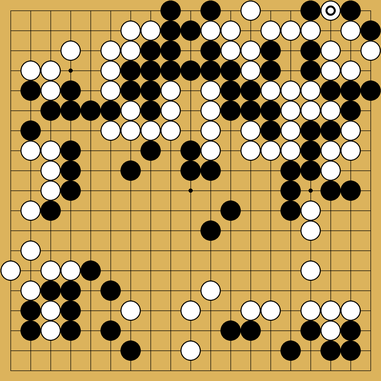 Please get in touch~