Welcome to the Team League!

This is the bracketing for our inaugural month. Let’s do our best! :D

Game and Round Timing

Because we have six teams, the round is encouraged to be completed within three weeks.
However, if straggler games take until the end of the month then it’s not the end of the world.

Games may be played at any time that is convenient to both players.

The format will be a round robin. Each team will play every other team, and the team with the largest number of match victories will win the round. In the event of a tied round, the tie will be broken by direct encounter of the Board 1 players of the tied teams.

The team members will play the players in the opposing teams who are on their Board. The team with the most game wins will win the team–team match and receive a point. In the event of a tied match, each team will receive half a point.

Handicap will be given at one stone for every two ranks’ difference.

All cases of handicap are specified in this table.

When games are completed, please link them here with the players, team and result.

For detailed discussion of those games, please use OGS Team League game reviews – we’re still waiting for a mod to move the discussion of my game against jlt there. 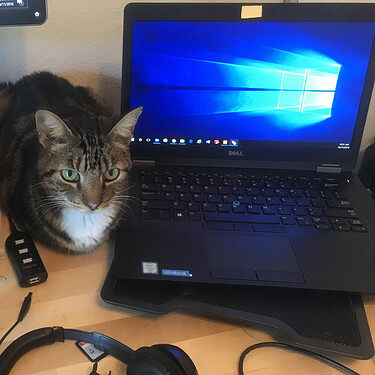 I think something like this would be helpful, one of the two players can post the agreed time and the winner can post the result and the game link.

Please keep the lines in chronological order, thank you.

I suggest people try and use the “Insert date/ time” thingie from the menu (next to the emojis) and not try to copy-paste the code thingie, because a typo is imminent.

Also the fact that 11-06 is the only one in one line because 1’s are narrow bugs me to no end.

This is going to be a dump question, but want to make sure I get this right.

I basically have 5 games with all the folks, monodromy, martin3141 etc, in row 1 by end of June?

Three weeks is a compromise between the two weeks / round that won the initial poll when less players had registered and the month / round that might really be most practical.

Next two weeks don’t count. I need time to setup a world wide clocks on my Go room first like those in hotels.

I realise I may not have given enough thought to scheduling.

Perhaps we should all give impressions of when we’re most free to play, to give our opponents an idea.

The flags of the players in the table should provide some information as to their time zones.

I don’t think date and time are necessary, the time especially seems annoying and complicated. It should also be accessible from the game information.

Also the teams should be included somewhere, as well as what board they two players are on. Maybe that’s what the “Table / Round” column represents, but I think if so it can be a bit clearer.

I think the table headings should be something like the following

The way it is, a. It’s easy for kibitzers to know if there’s a game they want to see b. It’s easy to see how the tournament is progressing.

It’s a schedule, it’s not just a database for after the fact.

I prefer all the rest info and not the teams, since teams are static and posted on the first post of the thread.

That’s why I always schedule these sorts of things in UTC unless the other party is from the US, in which case I might use either my time zone or their’s because I assume everyone in the US is used to converting between US time zones.

@bugcat can games be unranked? Analysis off etc obviously, but unranked?

If the table is treated more like a scheduling system, then I completely understand the need for a time column.
I mainly wanted to avoid it since the information is in the game information and can be accessed easily there, but since the game wouldn’t have been played when entered into the table, it is necessary.

The way it is, a. It’s easy for kibitzers to know if there’s a game they want to see b. It’s easy to see how the tournament is progressing.

It’s a schedule, it’s not just a database for after the fact.

I prefer all the rest info and not the teams, since teams are static and posted on the first post of the thread.

By the way, I fully support making it easier for kibitzers to find upcoming games: I think this will be nothing but a great opportunity for everyone involved.

Maybe we put the start clock on hold and let most participants confirm the schedule works first?

I will put my time here:

My available times are weekday evening 6:00pm-11:00pm, weekend can be flexible, except next week when I will be on vacation and not available at all.

I am so confused.

Lets change the rule, each team goes to KGS and beat a player with same rank. Whichever team with most wins wins the league.

Then it may as well be OSR.

I suggest putting our available hours in the format mentioned above, so opponents don’t have to convert.

PS. The table should be filled with the final agreed upon time for each game, not suggestions for each other, I forgot to mention that.

PPS. Sorry for the constant edits, I switched from laptop to phone and I click all over the place.

that’s a great idea, except i did not figure out how to fill the table.

i will try later.

One of the two opponents can do it, or even post it here after you’ve agreed with your opponent and I’ll fill it in.