To avoid overloading the thread https://forums.online-go.com/t/ogs-june-team-league I suggest to post game reviews, or any technical chat about games in this thread.

Now I will say a few words about the match against @Notbiased.

At move 20, and many times afterwards (except when another part of the board is urgent), the AI wants Black to cut at A and White to protect the cut: 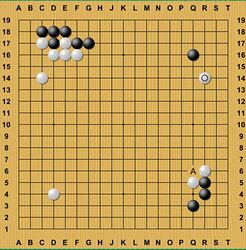 At move 50, Katago wants Black to cut like this: 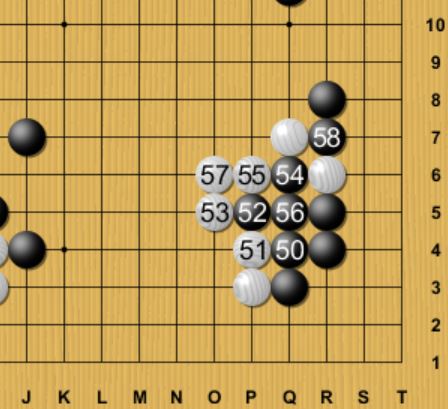 However the other way of cutting also works: 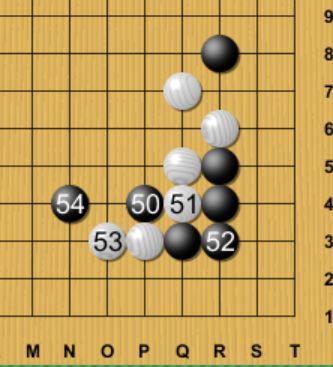 (I had read until move 53 of the variation but didn’t think about 54).

Black connected with B, but A was better for eyeshape in the corner. 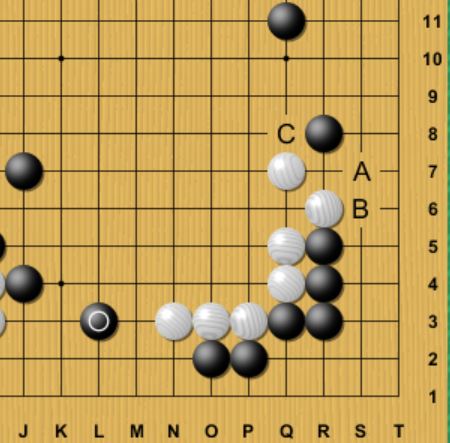 White should play A. But since White played C, the AI says that Black should play B. I guess this is important for Black to prevent White from making forcing moves against the corner. 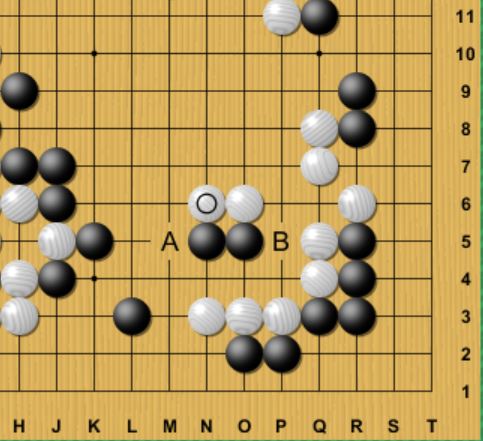 White’s last move was a mistake and should have been at B. Black responded with A but should have played at B. Black shouldn’t be afraid that White plays at A next. For instance, here is a variation: 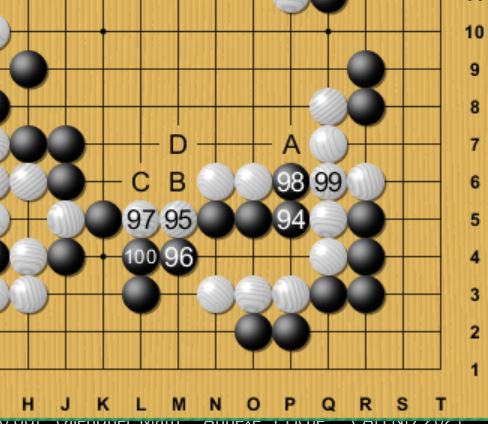 Then White can’t block at A, otherwise the sequence Black B, White C, Black D follows and Black can capture two 2 or 3 stones.

N2 is also an insurance for L3.

Yes, reading is hard. Too often I am afraid to be disconnected, but I really need to analyze whether the subsequent fight is good or not, and judge if I can accept that my opponent cuts.

So I’ve already finished my games, I wanted to finish quickly because I’ll be busy from mid-June until mid-July. I only won 2/5 but had a lot of fun and would like to thank @bugcat for organizing this. Good luck to other team members @martin3141 @jiveo @Gia, I hope you will have good games too.

In my last game against ngothonghy, both players made big mistakes, probably the biggest mistake was not to count, but anyway I’ll just pick a position in which I had a dilemma, and which may occur again. 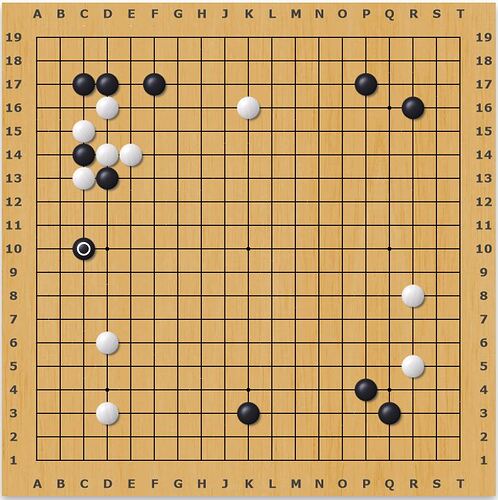 Interesting. The game move was my first thought and, after considering a bit longer, I came up with the proper one. SDK minds think alike…

I also contemplated leaving the position and playing R15.

The local move is c12, that I know. That’s the shape☺️Just don’t know if I would stay local, lol

White K16, if I play the area, I would play at h17, cause there is a peep followup

The white group is not so strong, so it’s urgent to respond to Black’s last move. According to Katago, H17 is 1 point worse than the game move, which itself is 2 points worse than C12.

If White plays H17, will pull out C14 and doesn’t mind that C17 is under attack. I think the reason is that White is not alive either, and Black is ahead in the center.

After Black 16 in the variation below, if White B then Black A. If White A then Black G15. 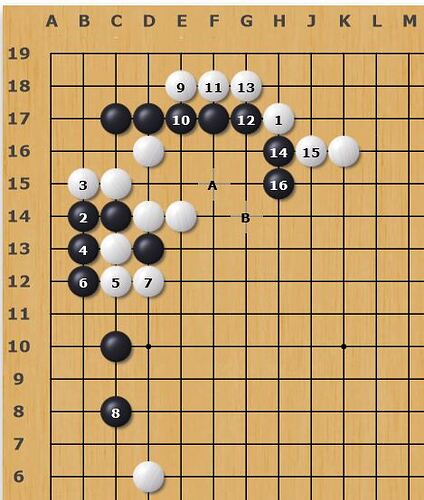 The opening was interesting.

I’ll use this thread for writing a couple of comments on the opening of your game yesterday.

As a general note, I liked your cosmic style opening to create a setting that perhaps your opponent is less experienced with. But you spent a lot of time early on, which your opponent deliberately used to their advantage (they even commented on this in the Malkovich). It is possible that Notbiased used your time to think, then played their responses to your moves fast to put you under more time pressure.

(double star point extention from 4-4) - In this setup, after white invades 3-3 black can’t utilise both extentions ideally. Instead approaching the top-left corner is good - perhaps a high approach is consistent with a moyo strategy.

I thought this would be ok since similar openings have been played professionally. I commented on stream that I wanted to try playing a “Takemiya-style sanrensei”.

A similar move to (7) was played in Izumi–Takagawa '35, which Black won at no komi in the Oteai against Takagawa Kaku; and in Go–Mukai '34 (Black won at no komi, no great feat for Go Seigen). A more modern occurrence is in O–Hashimoto '91, that Black won by a whopping 11.5 points despite giving 5.5 komi.

Once again you amaze me with your extensive research. However all these games were played previous to the “AI revolution”. I remember reading about it in a book, the justification for such an opening used to be that “An early 3-3 invasion gives the side with 4-4 too much influence and strength, compensating for the fact that one extention ends up being awkward”. But ever since AI showed us how to play 3-3 invasion properly, this argument is outdated.

That being said, it is not a big mistake at all, and I would call it a playable opening move. But still I felt like commenting on it ^^