To make you feel better, I thought you were losing too.

To make you feel worse though, I would never put trust on my ability to judge the board to resign in this case. I had my lessons.

Game between AVAVT and drifterwolf is rescheduled to 2 weeks later, same time by my request. Thanks again drifterwolf

Maybe we can use OSR game planner to arrange our games? Climu said a club is doing that.

Quick self-review of the match bugcat-jlt. Focus on three positions.

White was hesitating between A and B. If A,

This seems complicated and I don’t really understand it.

The marked intersection is an important point for both players, that both missed during the game.

However, the variation P2 R3 O4 P5 N3 mentioned by @bugcat in the post Playing "Sino-Tibetan formations" ("1-3-5s") - #19 by bugcat is 0.5 point better than the game variation and is easily understandable.

White made a bad atari (R15) which removed a liberty.

This is a bit like in the game, except that White has an extra liberty so Black needs to sacrifice Q9, otherwise R11 gets captured.

However, reading is complicated, there is a lot of aji.

Black’s shape has defects at A and B but Black can either connect or make two eyes.

If anyone speaks with @DGF.EELT please let me know.

Played a couple of games to prepare for my matches. Lost by messing up under time pressure and / or timeout and was reminded why I quit playing seriously. I should really learn better time management … Do you compromise under time pressure, to simplify the game?

I thought black 3 is a wrong move. It eliminates the corner invasion. It needs to be E2 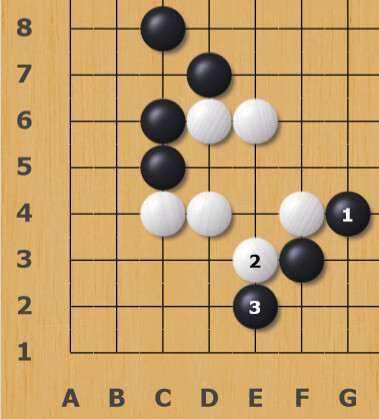 Are you saying you want to play this?

There were no results with my left-side tiger’s mouth shape and White’s table fix, but this is what I found for the ogeima. 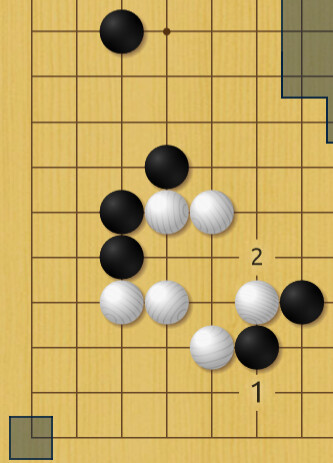 The other players used this descent 1:

So it appears that the main move is this sagari.

Don’t use pros to jutify your bad moves

I checked joseki on ogs, maybe the shape with invasion only happen when white plays e3 instead f4.

Anyway I actually studied the double approach joseki but couldn’t remember them. Pretty much avoid them myself