Since this is an OGS league, guess I can safely assume participants all have up to date ranks, so I would prefer to play all games as ranked ones.

a thought on this matter: perhaps we should use this against other servers as well for superiority and or power.

that or just " fun and friendliness reasons"

If a sixth player joins then we can split into two teams (no need for reserves yet) and make a group.

Then see where it goes from there…

We will be founders of the league. Later participants will have to pay us to join. 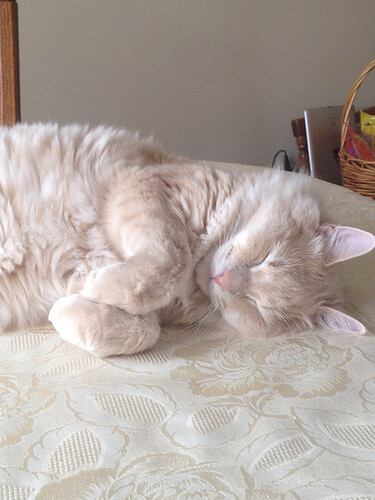 We have, then, seven bold combatants.

In order of current OGS rank:

Let’s assume for the moment that we remain at seven.
As director, it’s my place to sit out and leave us with two teams of three.

We don’t have enough rank variation to fill the dan, SDK, and DDK slots at this point.

How about if Team 1 takes the dan (Martin) and the DDK (Gia), and Team 2 (the SDKs) face off against them at handicap?

Alternatively, I could play for both teams.

Just two ideas – let me know what you think.

Would that be 5 stones to play martin3141? I will destroy him.

Why are you so angry?

So I would tend to advocating three stones, but this isn’t something I feel needs to be bashed out now.

I dont know. get fired up.

In all seriousness, if you really want to do it, you probably want to promote it on the site for 2-4 weeks.

Didn’t look at this thread yesterday so I missed the poll. I’m up and hope I’m in time.

If I’m allowed to join I’ll play as monodromy

Oh, I forgot about terrific!

In that case, we’ll have eight people and we can split into either two teams or three.

The two-team format would be a simple, single match.
The three-team style would be a three-cornered tournament with each team playing each other team.

Why is bugcat playing at third board for Team 3? I’d be interested in their matchup against Team 1’s second board.