I’ve built a prototype that allows to play Parallel Multiplayer Go online and I want you to tell about it. Maybe some of you would even be interested to try it out.

Do the coloured (half)-circles indicate those colours that will have priority over yourself in case of a collision?

This is really cool! I already registered a user, anybody interested in joining me for a game?

This is great! Would you be interested in helping us develop a client for another simple go variant we have been working on?

That depends on what you are trying to do. Feel free to send me some information/links.

I will! Thank you.

I have to fix some minor issues and then find some players, so @martin3141 and me aren’t that lonely.

I’m really enjoying the concept for collision handling so far. My experience with multiplayer go has been that playing defensifely is a good strategy*, i.e. extending from one healthy group. Here the “heat” of stones adds an element that incentivises players to play further away from their existing stones, which may result in chaotic and fun fighting games

Jon_Ko and I are currently playing a 1v1 game but it would be awesome if people sign up for a multiplayer game. We could even post screenshots to the forum to keep spectators updated, and as a reminder for players.

*Due to the diplomatic nature of free for all multiplayer games, this depends heavily on the playstyle of participalts, but this has been my experience so far.

I would like to try a fast multiplayer game with maybe 30 seconds per move. For that I’ve tweaked the turn clock (it was a few seconds off for me, because of asynchronous client and server time; I hope different time zones aren’t an issue

) and I’ve allowed guests to join a game, so nobody has to create an account for a quick game (well, except the one who sets up the game, who still needs to be an admin). The changes aren’t live yet, but planning a fast game will take some time anyway. Anyone interested?

Oh, and currently there’s some sort of ko going on in the game between Martin and me, which is interesting, because there’s no ko rule in place. 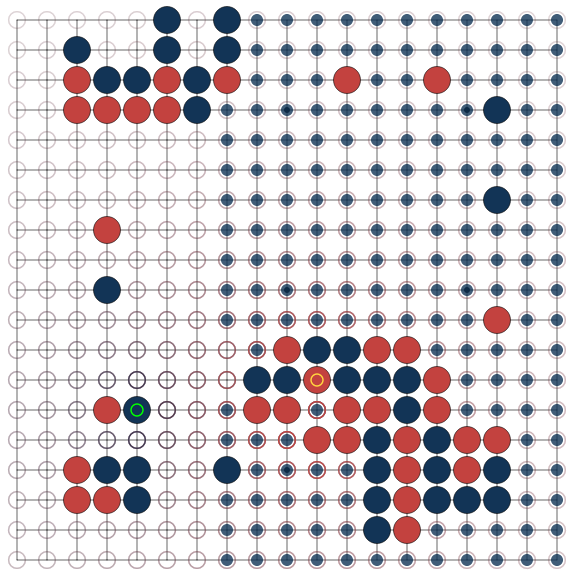