Perfect board size for shape game?

I mean specifically this version. 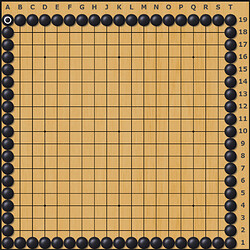 But for a lot of players who played it, it feels a little one sided, one side clearly has easier time.

Luckily on OGS we can make boards of various sizes.

What’s the best size to make the game even? Anyone wanna try to establish it? Like back in the old days when pros played to determine 9x9 komi or something.

Does it have to be that specific version? Would it significantly change the game if the corners are not there? 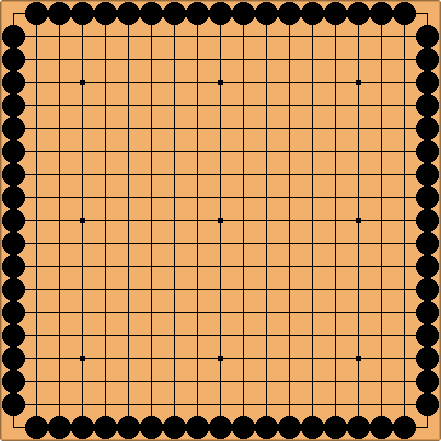 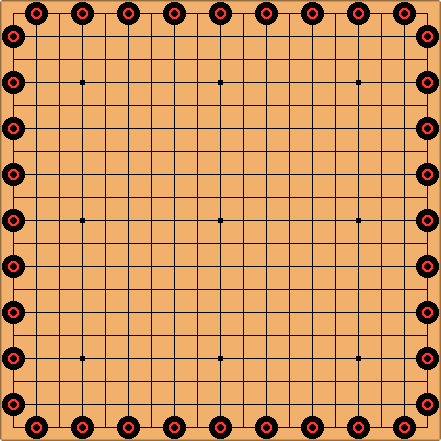 There’s some other threads where we even played this variant a bit. I even played a couple of games.

Actually, we also played other similar kill-all variants in this thread:

I think board may have infinity length. There will be max height with which its always possible to prevent life.

That’s why I specify. Personally, I don’t like other variants. The border should be complete and intimidating. You look at it and feel fire.

That’s an interesting consideration, but it wouldn’t be so practical to play on a infinite board in order to determine the necessary height empirically, which seems to be @S_Alexander’s suggestion.

The border should be complete and intimidating. You look at it and feel fire.

Is it slightly more intimidating to remove the corner stones (which gives black certain eyes)?

Does any substantial data already exist from any of the variants of the shape game? I thought people weren’t quite sure who had the advantage even for 19x19?

I mean, in order to answer your question about the optimal size, we must necessarily resolve the more basic question of whether or not 19x19 is too big or small.

I’m also in favor of giving black eyes, it just looks better in my opinion

It seems extremely unlikely that it will make a difference on big boards, but it does for very small boards, and it seems more in the spirit of the game that black doesn’t have to worry about living.

(It should go without saying for me, but I’m happy to play this variant anytime. Preferably live

In the solid shape game on the 19x19 board, with the below setup, which player has the advantage?

The border should be complete and intimidating. You look at it and feel fire.

I feel the fire and bloodlust of an eyeless group just waiting to be killed!

But isnt it marinally better for black if the 1-1 points are open, since that way b is pass-alive even if w manages to take out all the liberties? Ive only played few shape-games with one-space jumps, never with those solid sticks xD

I once tried playing shapegame on 13x13 board with one-space jumps on 1st line, and that was pretty much impossible for white. I suspect that “perfect” board size would be closer to 19x than 13x for all those starting positions.

1 Like
yebellz August 14, 2021, 3:14pm #11
Which square board size (with the solid starting position) results in the most equally balanced shape game for strong players (dan/pro-level)?

Empty 1-1s create breaks in the chain that are inherently wimpy.

The only pro shape game I’ve seen was played with full solid wall. So I consider that one pro-approved.

By the way, changing size of the board is a good way of giving handicap in the shape game. If one of the players is stronger to make the game more interesting, they should try to live in smaller board or kill on wider board.

Eyes in the 4 corners are definitely more scary to me.
Now i guess it doesn’t really matter as i’m not expecting white to eat black massive wall.