Looks like oil. Is that a natural formation or some manmade thing?

Chemical byproducts of some reaction are dumped there from nearby facility. In good old buckets. Yeah, basically chemical waste.

I found this dragonfly. 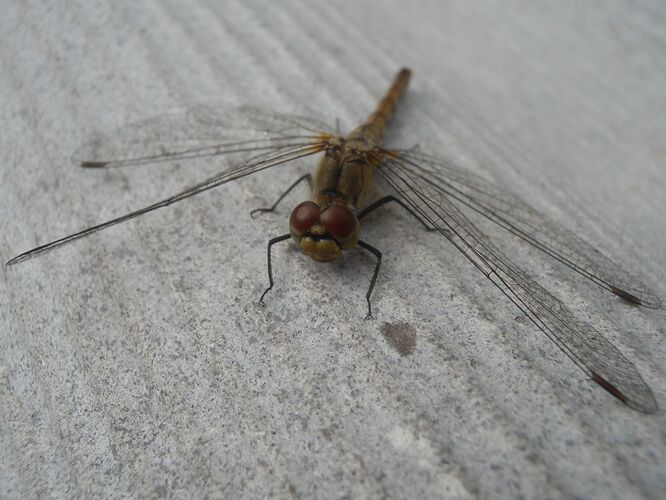 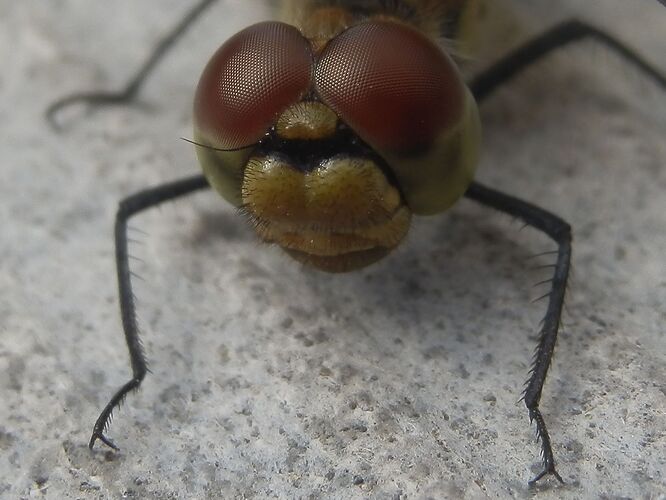 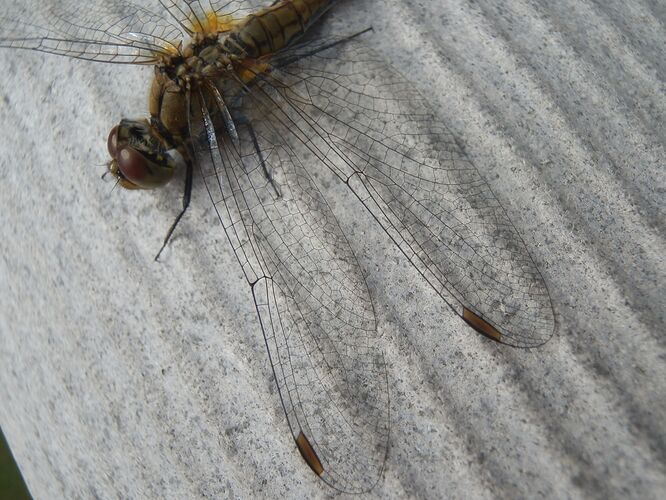 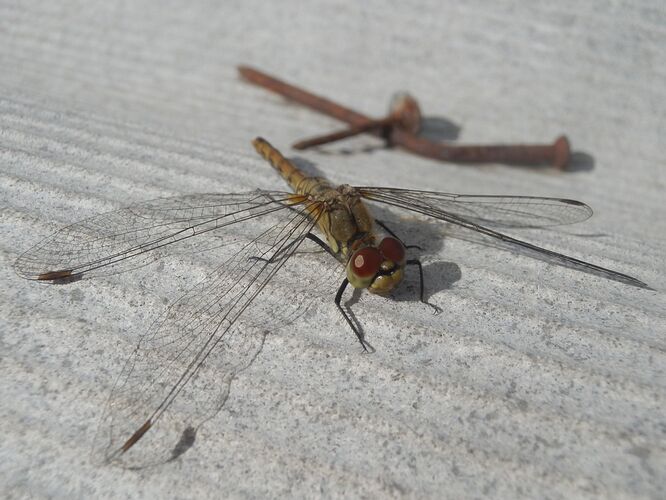 The pictures are really cool looking, especially the closeup of the eyes!

The ground is warm now even if it can be generally chilly. So kitties lie on the ground. 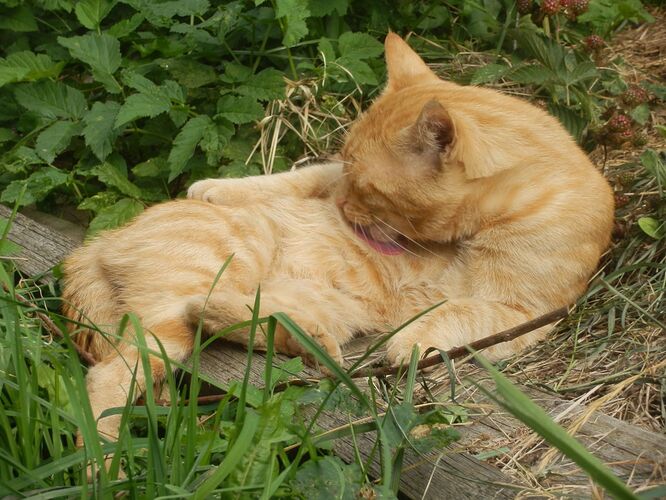 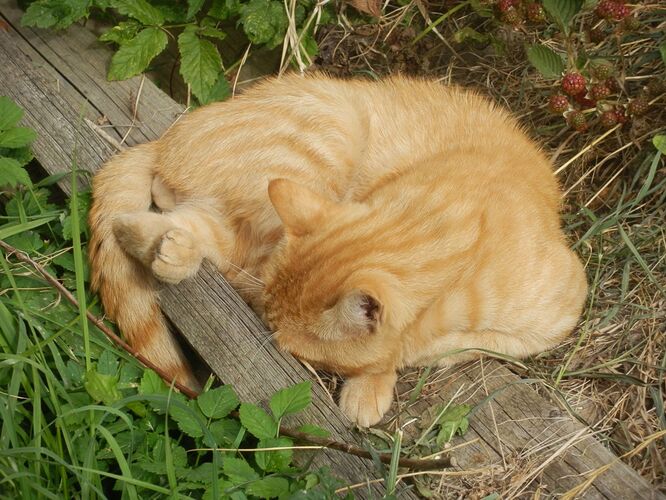 I also found a frog. 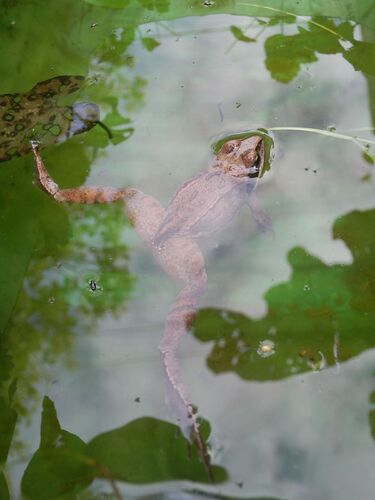 I know this person who grew up in Asbestos. She has some interesting stories to tell. 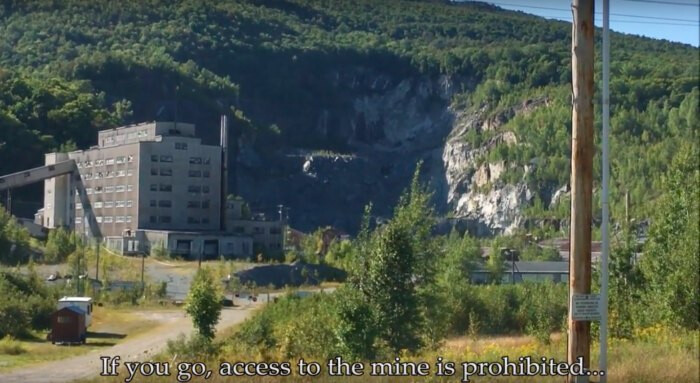 I spent a day in what used to be the world’s largest “asbestos” quarry, known as Eden Mills, in Vermont. First let’s clear up a huge misunderstanding. There is no such mineral as “asbestos.” That was originally a commercial term for the milled form of primarily chrysotile, a fibrous altered form of serpentine. Other common minerals with fibrous varieties are in the amphibole family and include tremolite and actinolite (I have very nice, solid crystal specimens of both). Chysotile is a short-fiber mineral and the others named are long fiber. The long fibers don’t pose any serious hazard, but the short fiber is of some small concern even when unmilled. We were fortunate that it rained the night before our visit, so everything was wetted down (i.e., no dust in the air). Also, the quarry was no longer working then (the early 1990s). It was a marvelous trip, probably the most exciting in my rock-hunting career.

Photos of the Eden Mills quarry are misleading because they typically show the dump. In fact, about a quarter of Belvidere Mountain was mined away over 100 years. The photo above shows a cut, but everything around it, now greened over, was already excavated.

If I ever get mesothelioma, I will blame it on the tiny “temporary” building where I had 4th and 5th grades (the building had been temporary since WW II). It was built entirely out of asbestos fiberboard! We kids used to joke that we went to a cardboard schoolhouse because it was so flimsy. Of course, the structure was fraying even then. So how much of that went into our lungs?

I recently got one of those too … the sound of my bicycle’s brakes woke the cat up, but it just put it’s head up and looked at me. Apart from that it was initailly sprawled, sleeping on top of that pile. 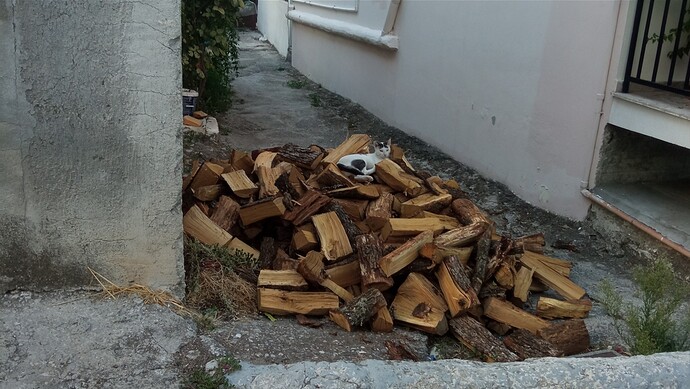 Cats seem to be made of cornstarch syrup

This year I had one week holiday at the seaside. I was in a sort of Egyptian mood: 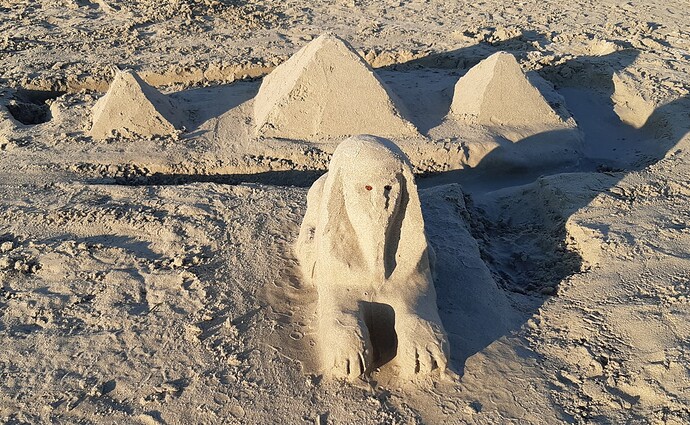 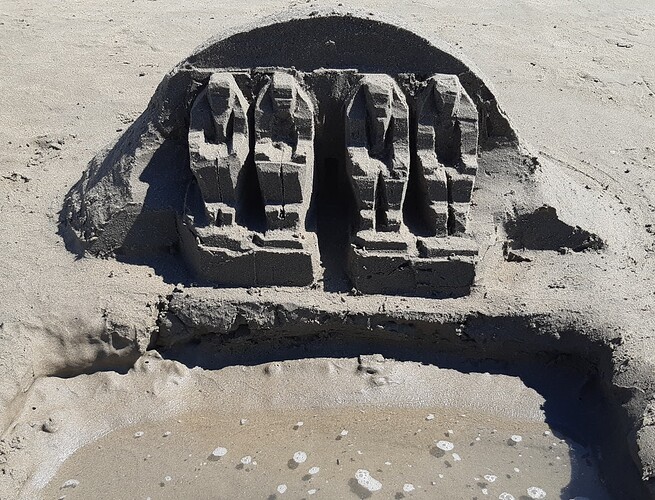 Egyptian statues were too hard for me, so the next day I tried to imitate an Indian step well: 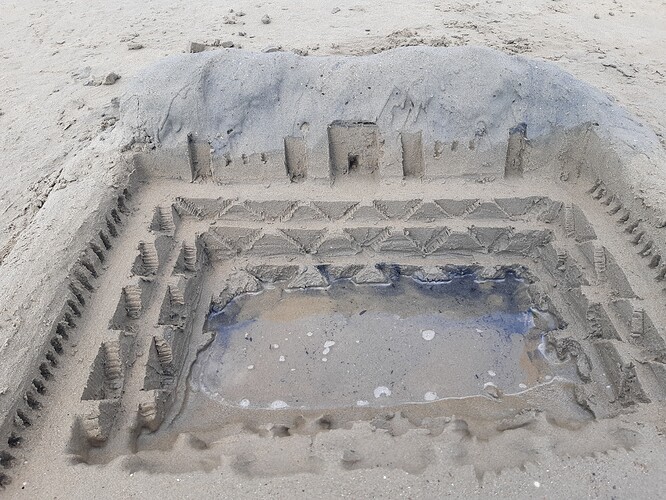 I saw a very small spider crawling on the wall. The lighting wasn’t great so the picture is a bit smudged. 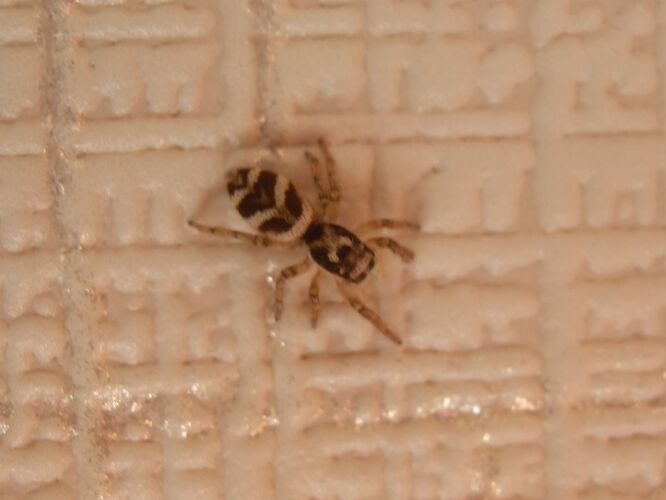 But at some point it noticed the camera and started looking at it. The spider looks kinda surprised “oh! what is this!?” 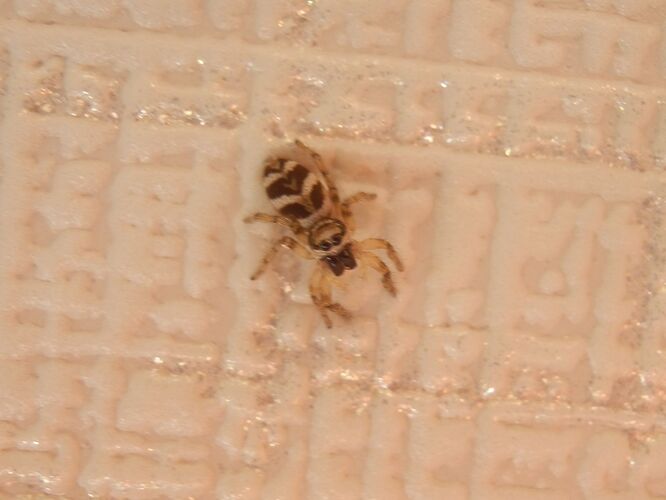 And here’s a spider living next to the lightbulb. Makes sense, insects like light. The bulb isn’t fixed very safely so it looks like the spider sits on the live wires (when it’s not on the net). Although those might be just metal thingies to hold the wires, I’m not sure. 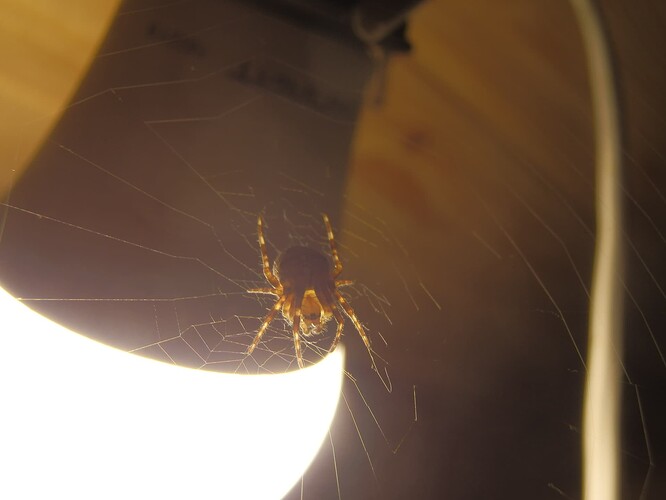 I recently learned about Pele’s hair, very cool. I guess that qualifies as fibrous mineral too? When a Volcano Creates Golden Lava; The Highly Unusual Pele's Hair - YouTube

Those Indian step wells are incredible, honestly they look like straight out of a fantasy movie!!

Good video! I knew some of that, but still learned a lot.

No, I think it is not considered a fibrous mineral for two reasons. First, it is not a separate mineral, it is an altered form of glass, itself an alteration of quartz (nonfibrous). Second, although it is a thin filament, it is not flexible like fibrous minerals because it is very brittle (as we would expect from glass). Gold and platinum (the most ductile metal) can both be drawn out into phenomenally thin strands that are flexible, but I don’t think they occur naturally that way.

I should perhaps add that there are also flexible rocks that are nonfibrous. I have a hand-size slab of fine-grain sandstone, about 3/16s of an inch thick, that flexes very nicely (this is a known phenomenon, which depends on the grain size, I think), and, of course, mica is quite flexible in thin specimens. 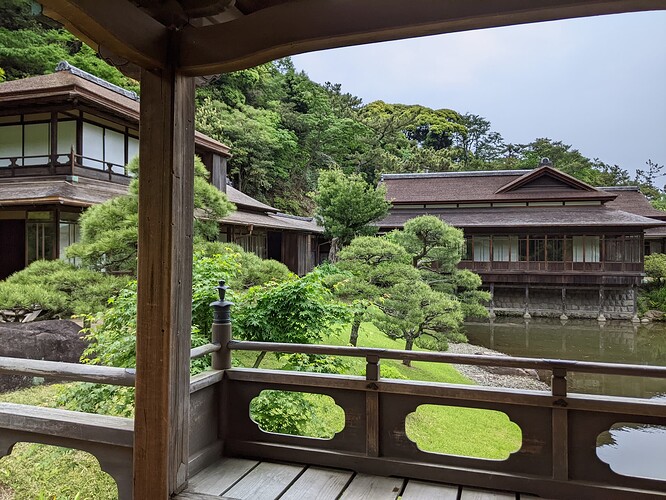 Sankei-en (三溪園, Three Creeks Garden) is a traditional Japanese-style garden in Naka Ward, Yokohama, Japan, which opened in 1906. Sankei-en was designed and built by Tomitaro Hara (原富太郎) (1868–1939), known by the pseudonym Sankei Hara, who was a silk trader. Almost all of its buildings are historically significant structures bought by Hara himself in locations all over the country, among them Tokyo, Kyoto, Kamakura, Gifu Prefecture, and Wakayama Prefecture. Ten have been declared Importan Sankei-e...

A duck, some kibitzing and Autumn at the lake. 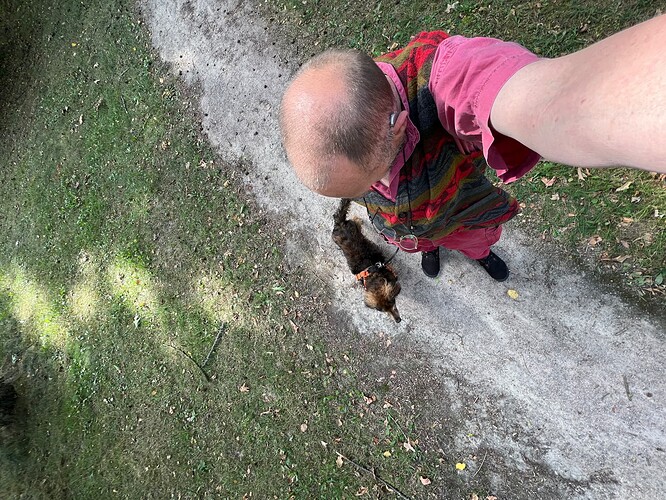 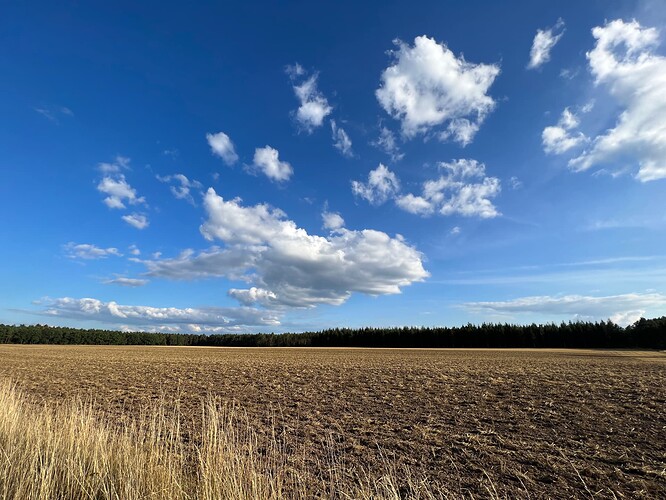 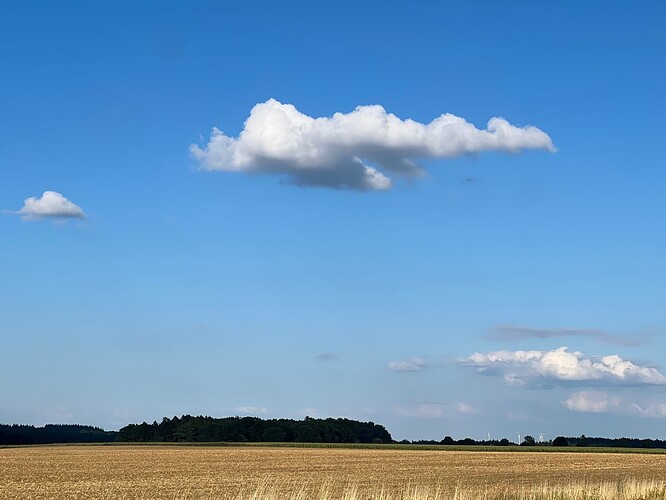 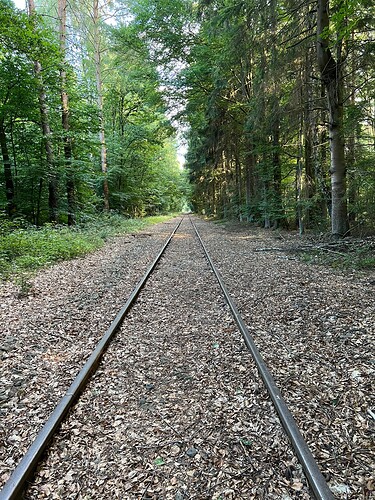 A few hundred metres along this railroad there was a Nazi ammunition factory hidden in the forest that the British Army (thankfully!) blew up in April 1945.

Forgot these noteworthy photos from August: 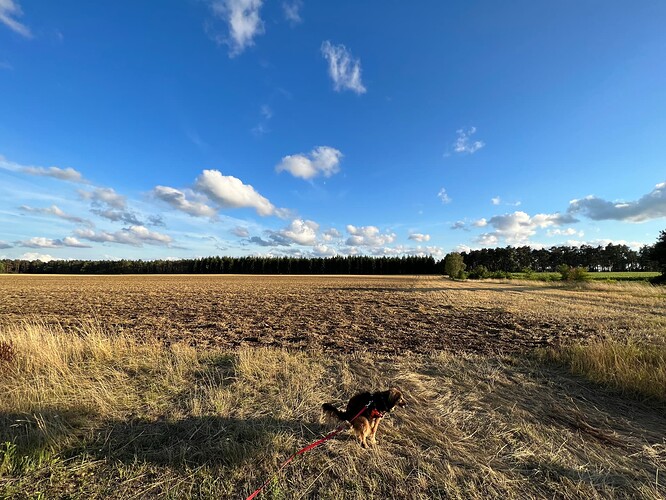 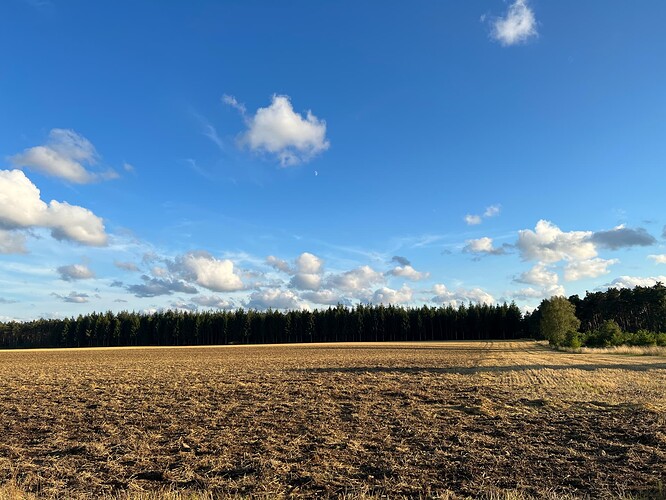 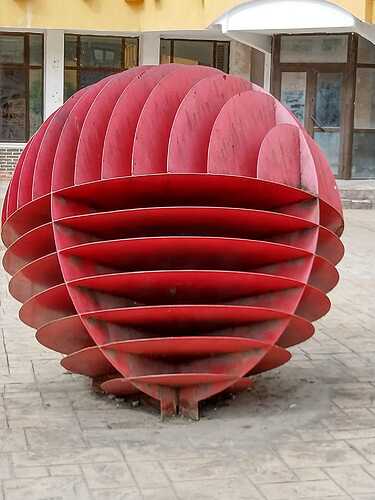 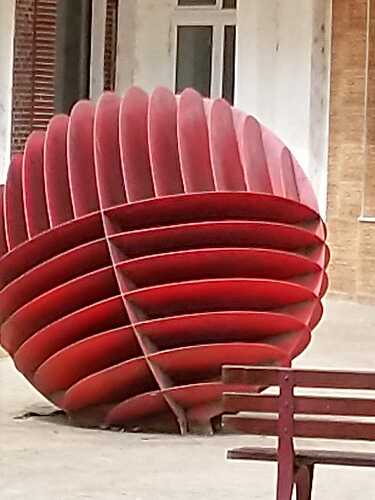 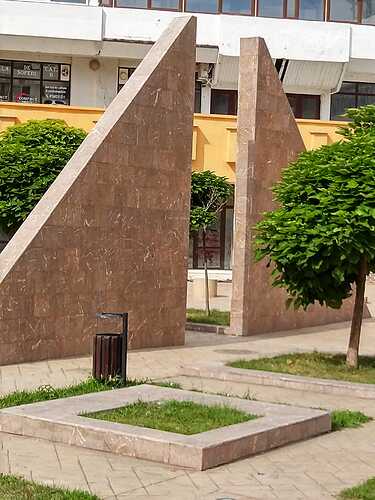 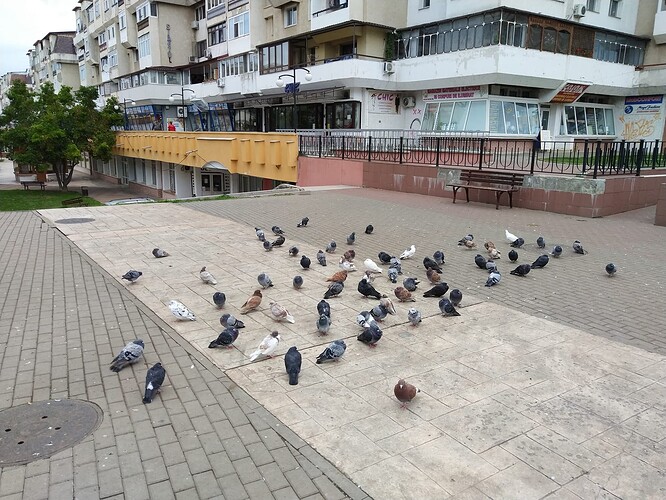