Woops, the nunnery scandal was in the 16th Century.

The Littlemore Priory scandals took place between 1517 and 1518. They involved accusations of sexual immorality and sometimes brutal violence among the nuns and the prioress of Littlemore Priory in Oxfordshire. The Benedictine priory, which was very small and poor, had a history of troubled relations with its bishop. The scandal that came to light in 1517, however, became enough of a cause célèbre to contribute to the priory's eventual suppression in 1525. Katherine Wells, the prioress of Lit...

John Rykener, also known as Eleanor[note 1] (fl. 1394), was a 14th-century transvestite or trans woman sex worker arrested in December 1394 for performing a sex act with a man, John Britby, in London's Cheapside. Although historians tentatively link Rykener to a prisoner of the same name, the only known facts of the sex worker's life come from an interrogation made by the mayor of London. Rykener was questioned on two offences: prostitution and sodomy. Prostitutes were not usually arrested in

Wow, how did we get from Pokemon to this?

How did we get from Go to this?

Maybe we need another poll to answer such challenging questions … 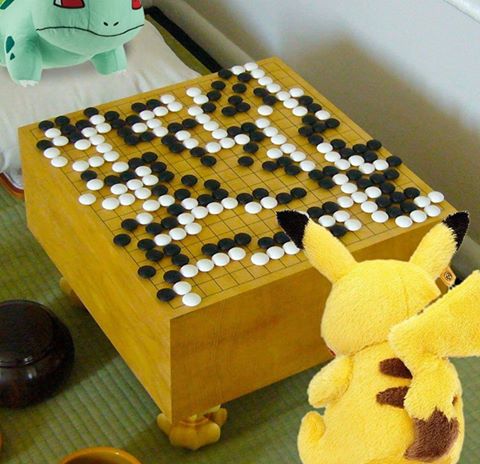 Funny thing is, this is the most I’ve been exposed to Pokemon in my life. I knew it existed and the craze around it, I can recognize a couple of memes, but that’s it.

Thank you for sharing this. Pokémon GO is a good game.

Pokémon GO is a good game.

You’re not alone. 2 years later, I still know nothing besides some popularity.

Also on-theme with the title of this post, on two occasions I’ve played Pokémon (1st and 3rd gen respectively) at the same time as playing Go. One of the hardest things I’ve ever done. I lack executive function

You do realize what Pokemon stands for, do you not???

If that’s not on the nose, or in the pants like a pair of Pokemon balls, I don’t know what is…