Yes, I know I’m not the norm. And I trust ranks much less than almost everyone else probably.

But surely you know your rank better than the OGS system does. And so do I. I just know you and me can play an even correspondence game and have fun. And even though we never met personally or even played a live game here on OGS I am pretty sure you’d have to give me about 5 stones in a real time game to make it interesting. So even if rank measurement fluctuates and rank may depend on circumstances, doesn’t mean it’s not a useful concept.

And I trust ranks much less than almost everyone else probably.

As far as I understand, the current OGS rating algorithm has been designed specifically with the intent to be much more rapidly fluctuating than most go ratings from other go servers or national associations.

Does anybody know how OGS checks for superko? Does it check the last x board states every move (x being the max number of moves that could reasonably be part of a superko, probably about 6)?

I’m almost positive I’ve seen code where x is 30. But now I’m curious, I’ll look around when I have time.

And of course, it’s always hard to figure out what’s actually used in the backend. But for the most part, the go logic exists in the open source goban repo.

Edit: hey looks like my memory serves me correctly!

@ajiKacey Doesn’t look like there are hashes or a hashset involved, although that would be a reasonable approach as well.

I currently have a casual rengo in the “dropped games” section. It is now in the dame phase, likely to end in the very near future.

What happens when it ends? Does it move to a “Recently completed dropped games” section, so that I can see the result? Or does it disappear completely without informing me of the result?

I believe rengo should land in your Game history just like normal games.

Would it be technically possible to display a graph of ‘realistic expected win rate’, weighted for player strengths and remaining game times?

Bonus question: is the first question merely a thinly veiled feature request to software developers everywhere? Yes. Yes it is. This is what the fans want.

Would it be technically possible to display a graph of ‘realistic expected win rate’, weighted for player strengths and remaining game times?

A pretty similar question was asked on chess.stackexchange two weeks ago: 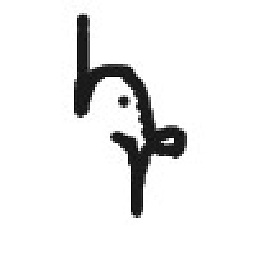 Why don't chess engines take into account the time left by each player?