A thread for posting positions where there is a choice between a couple or a handful of moves, and discussing which option is better and why.

I figured this thread would allow for more dedicated discussion than QTDDTOT, since Questions That Don’t… also includes plenty of non Go-related content.

This thread is more like the Quick Questions area on Sensei’s Library. 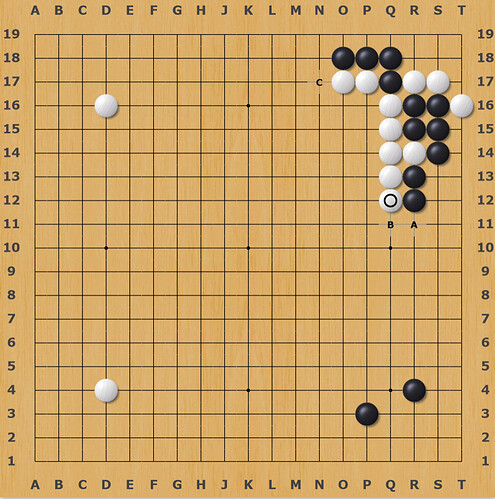 I had this position at (26) in my last game – I think most people would agree that Black is a little better, but not with any runaway advantage.

Black has taken cash in the top right, whilst White is making influence.

In the game I played C, but I in the review I criticised it and suggested that I should’ve just played A. I didn’t seriously consider B, but I can’t say at a glance that it doesn’t work, for a given definition of the word.

Play A. White can ignore C (and for Black it is not an really urgent move). B is too risky for White can cut at A and start building a large centre directed wall.
With A you keep it simple.

I would consider S18 to fix the corner aji. Then black can ignore white B or C and even some of their follow-ups without any worries.

I have no definitive answer, but I think this variation may be of interest:

When considering the Hane N17, Black will likely counter with the double-Hane R11 and S10. After Black connects with S12, White can play at T13, using Black’s shortage of liberties. After Black defends, perhaps by playing A, White must defend the outside, for example with B. I believe that the exchange of T13 for S13 will be useful for White, at least to gain a couple of points in the endgame.

This was actually a variation I read in the game ^^

It’s an interesting one, isn’t it? 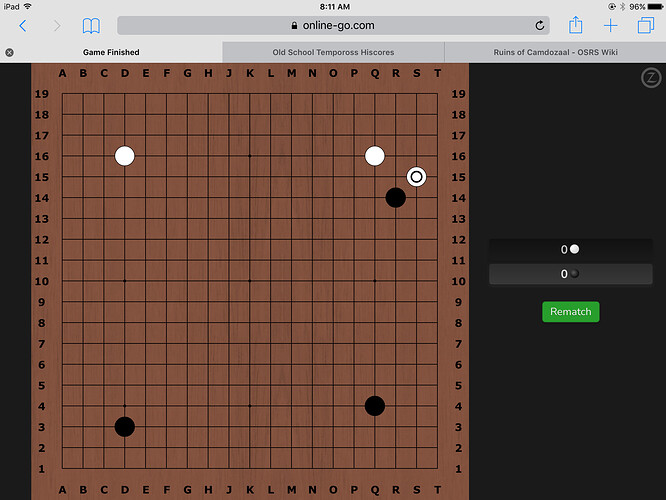 I tried to play R15 as black but it apparently wasnt good, should I of used P15 or S14?

The closest thing to a main line is probably what’s on Play Go at online-go.com! | OGS 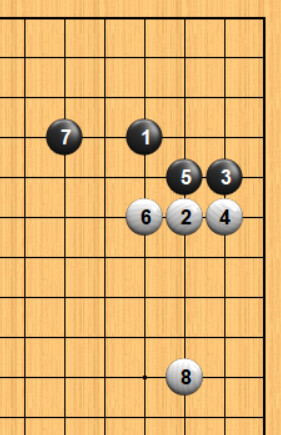 It looks too good for Black until you realise that White can ask for something inside: 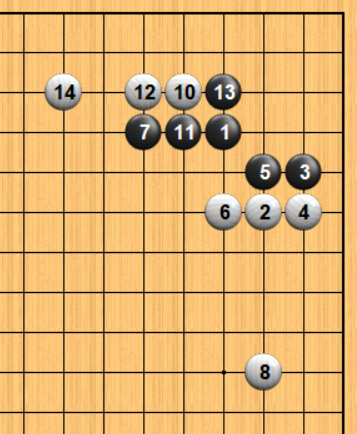 I think either Yeonwoo or Yoonyoung made a video about the position, but they gave it some ambiguous title like “A powerful move! It can be your weapon” or suchlike.

I think at my rank 11kyu people usually pincer me when i play S14, i always end up sandwhiched lol…

Could i of played o17 as my first move in response to his S15?

After S15, O17 is a good option. However I like to recommend simply extending along the side, for example with Q10. Whites move at S15 is low and so is the “follow-up” S14, so there is no immediate need to block with S14 for Black.

That’s black choice too, as he could close the corner with a keima instead of a 1 point jump.

I had this position in a blitz game just now.

After an unusual pincer joseki continuation, White has to choose between the mellow A, which allows Black a second-line connection, and the stubborn B which doesn’t. 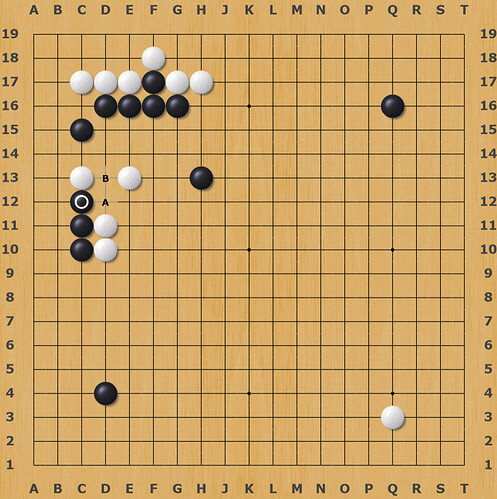 With A White can aim to play lightly, like this: 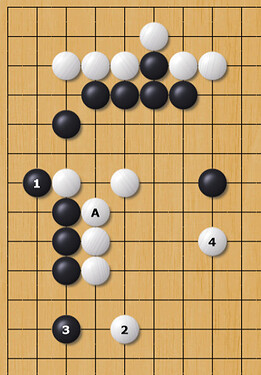 With B, White perhaps looks at this shape, ceding more territory on the left side but with a more severe gaze towards the potentially weak group to the north: 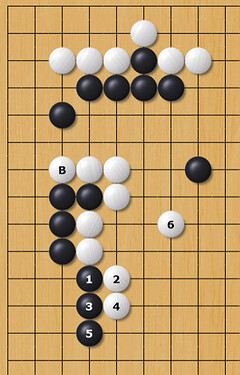 I played B in the game but I regretted it and thought I should’ve played A; it was only in review that I came round to the idea that B is actually the better move, which seems obvious now.

Also, later in that game I had a classic case of “kiaitus” and played the provocative B (for some minor midgame or endgame forcing moves) instead of the calm and direct ladder A, not considering whether I had enough ko threats to support myself in the event of B, 口. 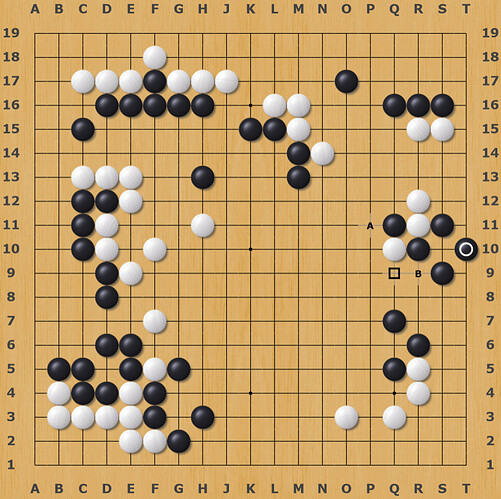 This blindness to the ko apparently even occurs at the professional level, since Redmond in one of his self-reviews points at one such move as a defining mistake.

Yes A leads to a bad shape often seen even in high SDK games. 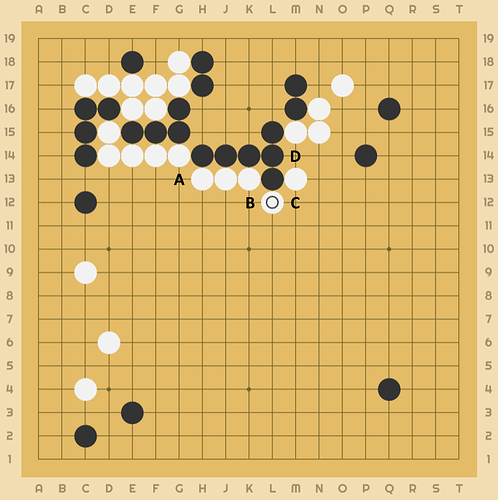 From an SDK game. Which cut is most severe?

My instinct is that a direct C is best.