Note that it doesn’t show the time actually passed, it starts counting down from the moment it kicks.

Hmm - Ok, I guess this isn’t the explanation. What an evening!

It is Alice’s turn in a casual rengo. If Alice times out, then it will be Bob’s turn instead.

It would be great if Bob was allowed to plan a move conditional on Alice’s timeout. 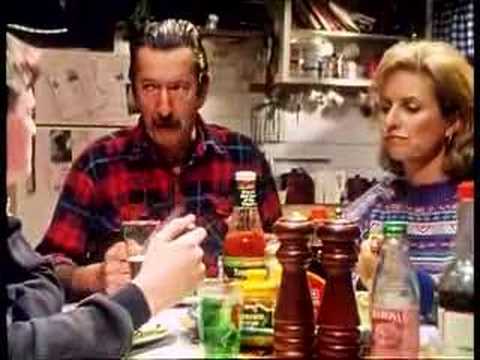 In both games, there’s still one player left in the losing team (by resignation and timeout). Either that or system 9 dan didn’t report when the last player left.

I think it’s the case that the last timeout was not reported as a “left the game” by the system. I think this is the case because the reported time that the games ended is well after the last reported exit of a player.

I’ll put this on the list of “Hmm, needs a fix, or at least a clarification”.

Yep, I had to triple-check if it was strict rengo, at first I didn’t understand what happened.

Four out of 8 players abandoned one game, and 9 out of 12 abandoned the other (11 of the 13 timed out, thereby rudely wasting everyone else’s time). Under the circumstances, I am not at all surprised that the games ended “prematurely.” Perhaps the lonely team felt like “this ain’t what I signed up for.” Perhaps we should rename the game “Last Person Standing.”

More seriously, the lone person has really been snookered on the time commitment. They may have figured, ‘Two days a move, I can do that; with X number of teammates and opponents, I probably won’t move but once a week.’ Now they have to move every couple days, thereby putting a time strain on their other 500 games.

What you say may be true. Just noting that I don’t think turtoise was complaining or wondering why they dropped out, rather they were pointing out that technically “what happened” is not clear in the game history record provided by OGS right now. You have to dig to find out whether the last person actually timed out, or whether OGS terminated the game too soon (turtoise suspected the latter, but I think it was the former).

11 of the 13 timed out, thereby rudely wasting everyone else’s time

I wouldn’t call timing out on a game with 12h/move “rude”. Real life happens. Some people are not permanently hooked to a computer with an Internet connection.

There is no excuse for timing out of a correspondence game, except the rare cases of emergency (hospitalization, stolen computer, you’ve been kidnapped, etc.) or death. It’s the very definition of rudeness at best or maliciousness at worst. I know a game that has been delayed a month just by the timeouts. Some of those monster games might conceivably be delayed for years if people start timing out.

That’s what I said, timing out in correspondence is rude (exceptions noted above). As for Lonesome Luke, he didn’t sign up for the Last Person Standing and didn’t know there would be massive timeouts (as I suspect most of us didn’t).

didn’t know there would be massive timeouts (as I suspect most of us didn’t).

It seems amazing to me to think that anyone who’s played online correspondence go would imagine that the majority of folk joining a casual rengo game as an experiment would make it to the end.

IMO to have a decent rengo game you need to organise it - the idea that it will “just happen with drop-ins” has never had legs, despite the protestations of the Rengo fans that we just need to make it easier to join, just need to make the feature more visible etc.

This is why the incoming “Challenge Links” feature has been extended to Rengo - it provides yet another mechanism for you all to look for and organise with other like-minded folk to play the kind of game you want, knowing roughly who you’ll be playing with and why they joined.

I don’t remember you telling me so, but I won’t argue the point. I suppose I am just less cynical than you (go figure). I actually thought that the majority would have the decency to resign if they found it not to their taste. But, of course, the timeouts are condoned, and when bad behavior is condoned, it generally multiplies.

the idea that it will “just happen with drop-ins” has never had legs, despite the protestations of the Rengo fans

Curious if we have data relating to rengo dropouts generally? Anecdotally, I’ve played some nice drop in rengos, being as that I don’t personally know anyone else who plays Go (to invite to a challenge). I also tend to stick to the smaller games though.

There is no excuse for timing out of a correspondence game, except the rare cases of emergency (hospitalization, stolen computer, you’ve been kidnapped, etc.) or death. It’s the very definition of rudeness at best or maliciousness at worst

I feel like I’m walking head first onto a troll, but I’ll humour you anyway. Are “kidnapping” and “death” really the only two things that you can imagine that would keep someone away from Internet for 12h?
What about…

If someone invites you out on Saturday night, are you really going to tell them “sorry, I can’t, I have to stay home in case it’s my turn in the 100 vs 100 giant rengo that I’m playing on the Internet”?

You are entirely right or course. Which is exactly why I would never ever even consider joining a + 12h game.

Huh? What are you talking about? Reread the quote you yourself just cited: it starts with “hospitalization, stolen computer.” Moreover, the parenthetical is only giving examples of emergencies (or did you miss the “etc.”). You didn’t imagine I would give a comprehensive list of all possible emergencies, did you?

However, I will partially agree with what you say, specifically with a setting as short as 12-hour increments. Sleep might interfere with that, although with the other items, the option to resign exists (takes like, what, two minutes to log on and resign?).

Also, I will agree, the 200-person rengo, could be problematic. However, that is special pleading. The problem exists in small games as well, which is the real target of my ire (the games under discussion were both small).

I would never ever even consider joining a + 12h game.

I actually agree with that, and have avoided the so-called fast correspondence. Ironically I am now in a rengo tournament of five games with +12h. I thought it would be okay with a teammate, but I forgot (if I ever knew) that strict rengo has a shared clock. My work, fortunately, has lots of down time, but a medical appointment has already eaten up some hours on the clock, and if I should die in the next few months (a real possibility at my age), I hate to think of the imposition on my teammate. If fate makes a hypocrite of me (something I despise beyond words), you all have permission to laugh.